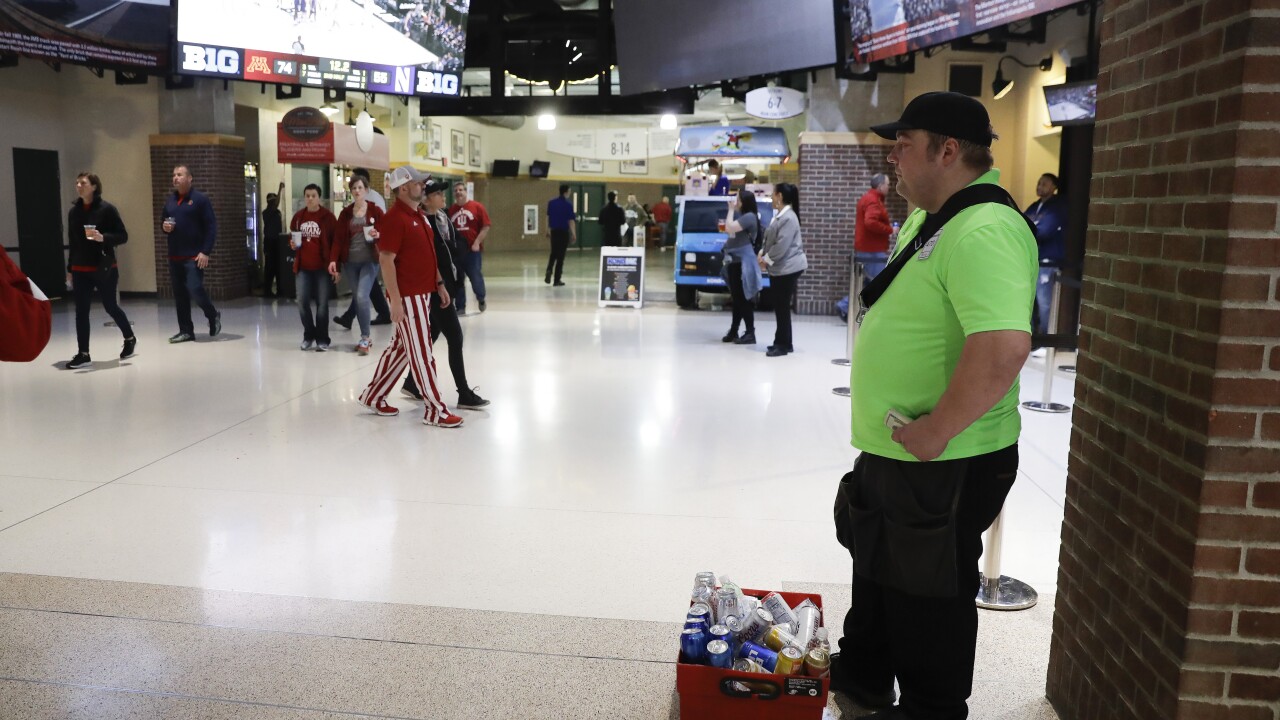 Darron Cummings/AP
A concession worker waits in the lobby during the second half of an NCAA college basketball game between Northwestern and Minnesota at the Big Ten Conference tournament, Wednesday, March 11, 2020, in Indianapolis. Minnesota won 74-57. (AP Photo/Darron Cummings)

The conference announced Wednesday evening that all tournament games on Thursday, Friday, Saturday and Sunday will be played in a mostly empty arena. That's 11 games.

"Attendance at all Big Ten Men's Basketball Tournament games will be limited to student-athletes, coaches, event staff, essential team and conference staff, TV network partners, credentialed media and immediate family members of the participating teams," according to a statement from the conference.

The decision was made because of COVID-19 virus concerns and came just a short time after a similar announcement from the Indianapolis-based National Collegiate Athletic Association. All "March Madness" NCAA Tournament games will be played in empty arenas.

That includes Sweet 16 and Elite Eight men's games on March 26 and 28 at Lucas Oil Stadium.

At Banker's Life, the decision was made too late to include the two first-round Big Ten Thursday night games. Fans with tickets to the Indiana University-Nebraska game and the Northwestern-Minnesota game got in.

"The main priority of the Big Ten Conference is to ensure the safety of out student-athletes, coaches, administrators, fans and media as we continue to monitor all relevant information on the COVID-19 virus on a daily basis," according to the statement.

And the decision doesn't end with the basketball tournament. All future Big Ten Conference winter and spring sports competitions will take place without fans.

Indianapolis has been a frequent host city for the Men's and Women's basketball tournament along with NCAA tournament games. Downtown hotels, restaurants and other businesses are sure to take a financial hit as fans who normally spend big money here stay home.