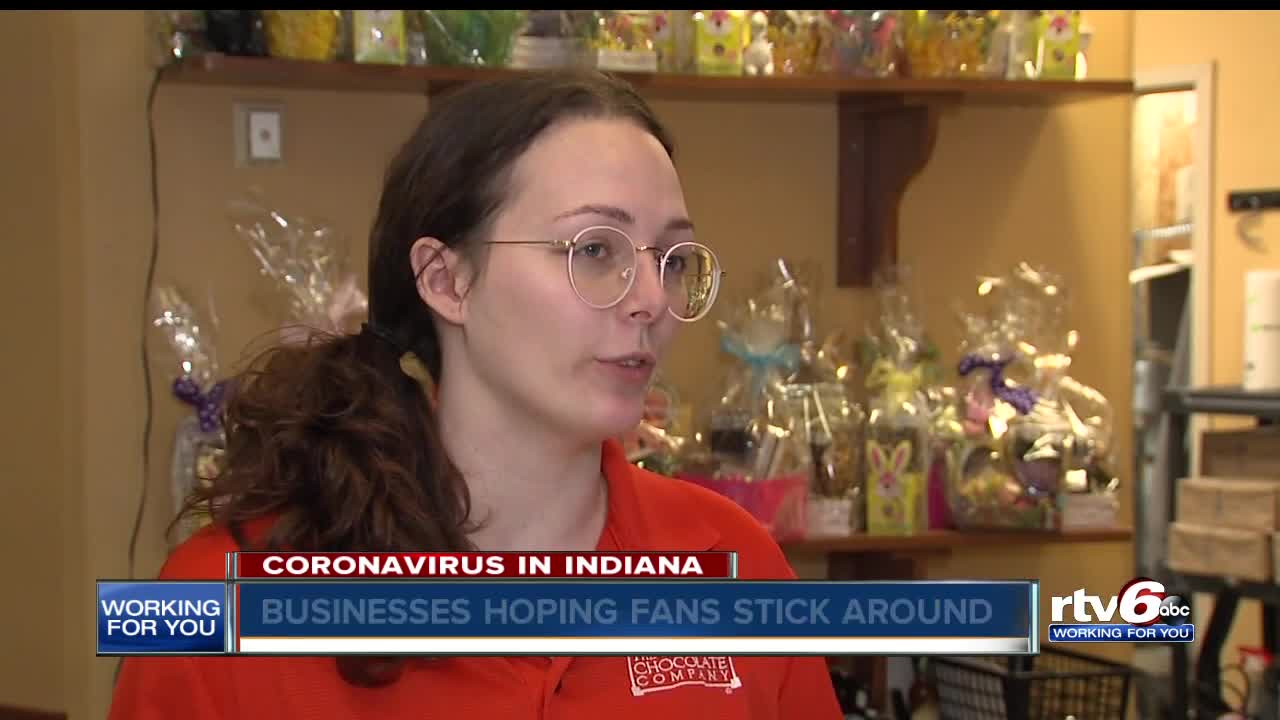 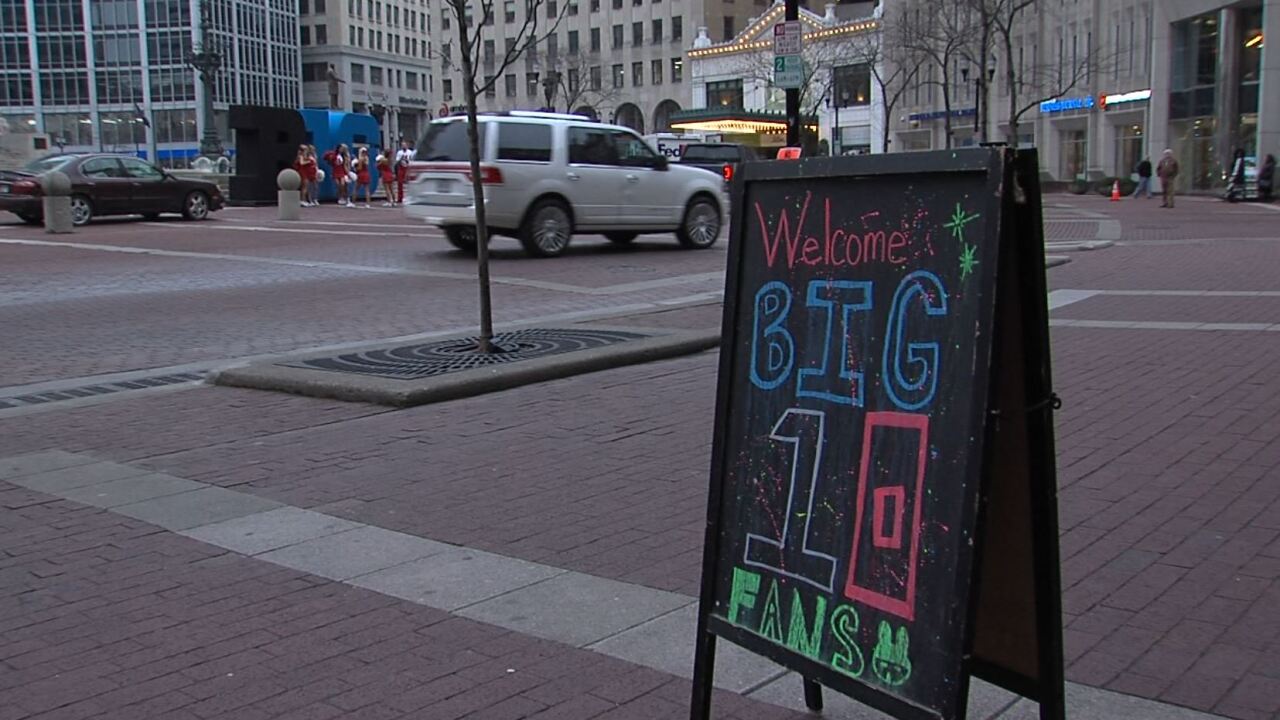 INDIANAPOLIS — With a sign right in front of their business welcoming Big Ten visitors, the South Bend Chocolate Company is anticipating more customers than usual despite Wednesday's announcement that fans won't be allowed to watch the conference tournament basketball games in person because of COVID-19.

"People who have tickets, people who have probably flown in from out of town, what else are they going to do?" Reanne Colson, of the South Bend Chocolate Company, said. "They're going to walk around, explore the city maybe."

Colson said the business is looking at the situation with the novel coronavirus outbreak with a glass half full mentality.

"They'll come," she said. "They'll see our store and it makes them want to come back."

Fans heading to Wednesday's Big Ten games lucked out. They were allowed in, but that won't be the case Thursday.

"Rather someone would pay $100 for a seat or watch from a TV, you should think this is for your players and this is for your school to make a safe choice," Sean Galligher, a basketball fan, said.

Galligher knows not everyone feels that way. Many people have spent hundreds, if not thousands, of dollars to come to Indianapolis and businesses could potentially lose out on customers that decide to skip the Big Ten weekend all together.

"I think it's obviously difficult to lose money but it's keeping athletes safe, keeping fans safe and people in the executive offices safe," Galligher said. "Safety is obviously the main issue here."

At South Bend Chocolate Company, they're optimistic and they also want people to know they are doing everything that can to keep their store clean for customers.

"We are taking the precautions, sanitizing," Colson said.