Indianapolis could feel the impact of canceled events 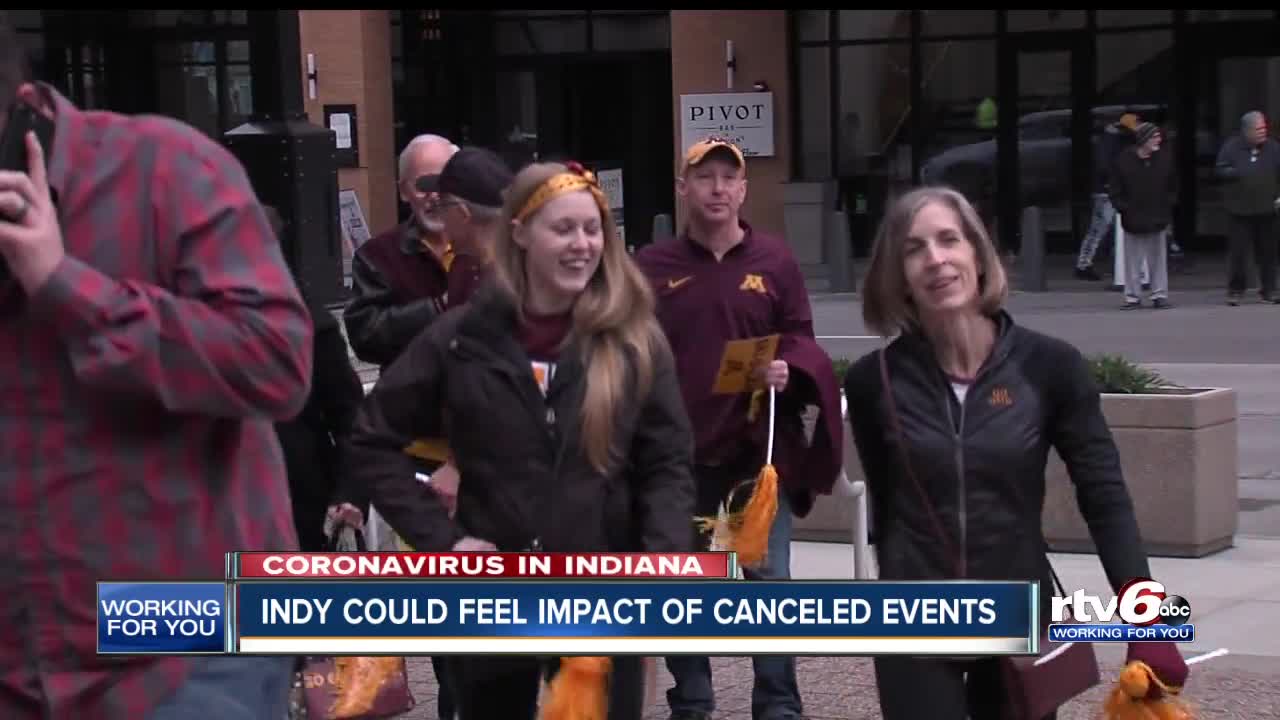 INDIANAPOLIS — The NCAA's announcement on Wednesday that it will restrict fans from entering games due to the spreading novel coronavirus will no doubt have an impact on Indy's tourism economy.

The city's tourism economy depends on events like the Big Ten tournament, which began on Wednesday.

As those games got underway, members of the city's tourism industry were gathered for the Rose Awards, a ceremony honoring the city's best workers in the hospitality sector — that includes Hoosiers working in hotels, restaurants and transportation.

New numbers from Visit Indy show the city was projecting $15 million in revenue from the Big Ten alone. The NCAA Sweet 16 and Elite 8 set at Lucas Oil Stadium was projected to bring in 50,000 attendees and have an additional $20 million in economic impact.

Indianapolis Mayor Joe Hogsett, who attended the Rose Awards, encouraged everyone not to shake hands but instead do the elbow bump. Elected and and business leaders talked about how the city will respond to the growing COVID-19 pandemic and the impact it is now forcing on the city's economy.

"The drop in revenue that we're looking at for the year is going to be irreplaceable at this point. So, yeah, it's a concern," Jim Dora, president and chief executive officer for General Hotels Corporation, said. "You look at it and you say, 'How do we adjust our operations' and if there's nobody coming to the hotel you adjust your operation accordingly. You don't have a choice. It will be painful. Absolutely."

"I think as far as the tourism component of our city which has become a growing component of our economic portfolio it's going to be difficult to weather through this but I think the city will pull together and manage to make it all work," Adamson said.

"I don't think any of us have seen anything like this before," Hoops said.