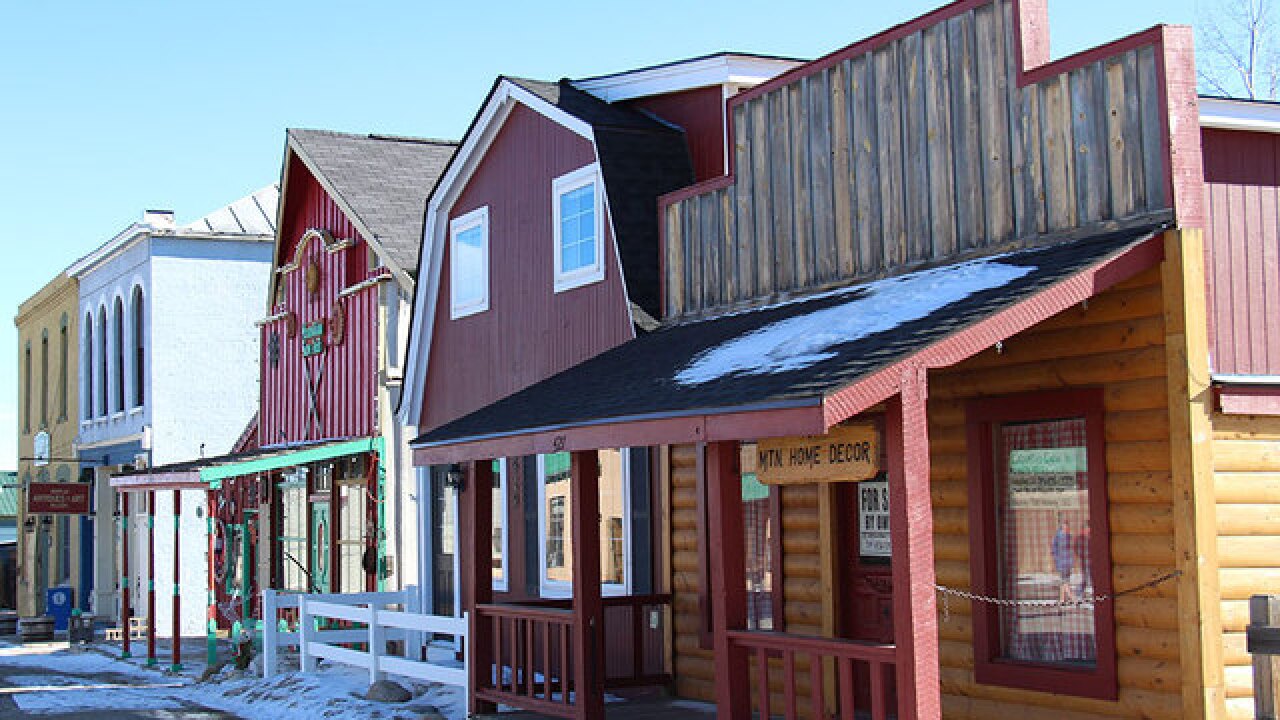 You already know what the candidates are saying. They’re everywhere – at the debates, on cable TV news, in ads. But what are real people saying? What issues are they focusing on in 2016? To find out, DecodeDC’s Miranda Green is sitting down with people in the heart of key states to listen – listen to people talk about what’s important to them.

FAIRPLAY, COLO. -- Park County, Colorado, is a world of its own. It’s plotted on rolling hills in the valley of a major mountain range almost 10,000 feet above sea level, and visited mostly because of to the two major highways that cut across it.

I visited Fairplay, located in the center of the county and close to the exact center of Colorado, a few days before Super Tuesday, but when I arrived national politics was far from the town’s chatter.

“Did you hear about the shooting yesterday?” It was a question I heard over and over.

In a neighboring town, a standoff between three sheriff’s deputies and one disgruntled man they were serving with an eviction notice left the shooter and one of the law officers dead.

“We are close to the metro Denver area, so we get a lot of crazies -- people who are hiding out for some reason,” said one long-time Fairplay resident who works at the County Clerk’s office,  “I think we’ve always gotten that, but now that marijuana is legal, we’re getting more of that because people are moving to Colorado so they can smoke pot.”

While residents are wary of the seclusion that attracts outsiders, it is precisely this privacy that they themselves are drawn to—and what is responsible for why many didn’t want to use their names when I talked to them.

The county made national news in November because the gunman who killed three at a Planned Parenthood facility in Colorado Springs was living in a trailer in Park County .

“I do think that it attracts a certain type of person because you can buy five acres for about $5,000 and there are no home owner association regulations. And you can do whatever you want on your land,” said Megan Sebastian, a 40-year-old owner of South Park Brewery who has lived in Park County for 10 years. “I think it’s that ‘Live Free or Die’ mentality that shows. You can’t do that in many places except for maybe Alaska.”

The county was the inspiration behind Comedy Central’s satirical cartoon “South Park”— but the similarities stop there. Settled by gold miners, the area today is an amalgamation of cattle ranchers, cowboys, local government workers and a growing number of marijuana agriculturalists. The county is 95 percent white , which is higher than the state’s demographic makeup, and home to about 16,000 people.

“It slows down if you live in Park County or any area like this that is rural. You're going to find out,” said Ronnie Lane, a 64-year-old volunteer at the South Park Senior Center who moved to the area from Arkansas a few years ago to retire with his wife. “In fact, I live off the grid… because of the bills every month and to also to be self-sufficient. It was going to cost like $165,000 to run electrical poles and lines to the house, where as for $35,000 dollars I put my system in.”

The mentality of “Live and Let Live” seems to be countywide mantra. Whether locals consider themselves to be part of the county’s Republican majority, independent or moderate, small government and limited regulations are ideals — especially in the face of changing times.

“Colorado is not what Colorado used to be. It’s totally changed from when we grew up,” said Lark Harvey, 40, owner of the Bayou Salado Trading Post in Hartsel, another town in Park County. “Land has always been cheap up here, so people buy it. They live in a trailer while they are building their house, or they still live in a trailer because they don’t have enough money to build their house. And now we have really rich people coming in who don’t like the looks of those trailers out there and they think they have the right to dictate that people can’t live in those trailers.  I don’t like the look of those trailers either. I live in a house, but it’s their right to live on their land in those trailers if they want to.”

Lark and her husband, Dave, who is a precinct captain for the Republican Party, have lived in Colorado all their lives and have owned their store for 10 years. They sell local artworks, coffee, grass-fed beef and propane, among other things.

The Harveys say they have seen local water rights diminish because Denver Water has owned and controlled water there since the ‘70s. They’ve seen ranchers “sell out” to real estate developers because they can no longer support their herds. And they’ve seen many people struggle to keep their land, themselves included.

“The stock market goes up and down. It goes south. The only thing we have ever invested in is land,” Dave said. “That was our retirement account. Because of that, when you invest in land, it’s not like you can pack up and leave in bad times.”

Local concerns like these are what bleed into residents’ national political views. They are landowners and they value the Constitution and leaders they perceive as backing it.

“I’m angry, I’m very angry—they don’t’ do anything,” said Carl Berd, 81, a former teacher and Hartsel resident who has lived in the state since 1964 and was evicted from his land. “It’s between Trump or Cruz because they believe in the Constitution. Cruz took an oath to support the Constitution, and our current Congress isn’t doing that. We’re 21 (trillion) dollars in debt. They keep spending and spending and they don’t care.”

In fact Congress and the current political party system received most of the ire from locals.

“I'd like to see the party's dissipate. You know, I like to choose a person, reward the person for what their qualities are and what they think they can do. So it doesn't matter to me whether they are Republican or Democrat,” Lane said. “Because one party just keeps fighting the other and we can't get nothing done.”

He said the recent arguments in Washington between President Obama and congressional Republicans over his right to nominate a new Supreme Court Justice was an example.

“It's in the Constitution for the president that is in the office at that time -- doesn't matter if he's a Democrat or a Republican — to nominate someone. In fact, it's an embarrassment to me, for the people who I voted for to put in Congress and the Senate. It's their duty and it's in the Constitution [to vote on the nomination],” Lane said.

As precinct captain for the Republican Party, Dave Harvey’s political leanings were no secret, but he’s skeptical of politicians in general.

“Politicians are out for power, and money means power. I like Cruz, but if he wants to do anything, he’s going to have to get money,” he said. “That’s why I like Trump. I like what he’s saying. But do I want him as president? You can ask my wife. I said, ‘Could you imagine Trump trying to pick a Supreme Court justice?’ I’ll give it to Obama, at least he’s a lawyer, and constitutional lawyer.”

To most though, the presidential election seems a long ways away. While many residents said they plan to vote in the general election, if not Tuesday’s caucus, their foremost concerns are about their daily lives and making ends meet.

For Lark Harvey, with the increase of water regulations and taxes and people selling their land off, she said she’s not sure where Hartsel will be in 10 years.

“If anything,” she said. “This town will dry up and blow away.”