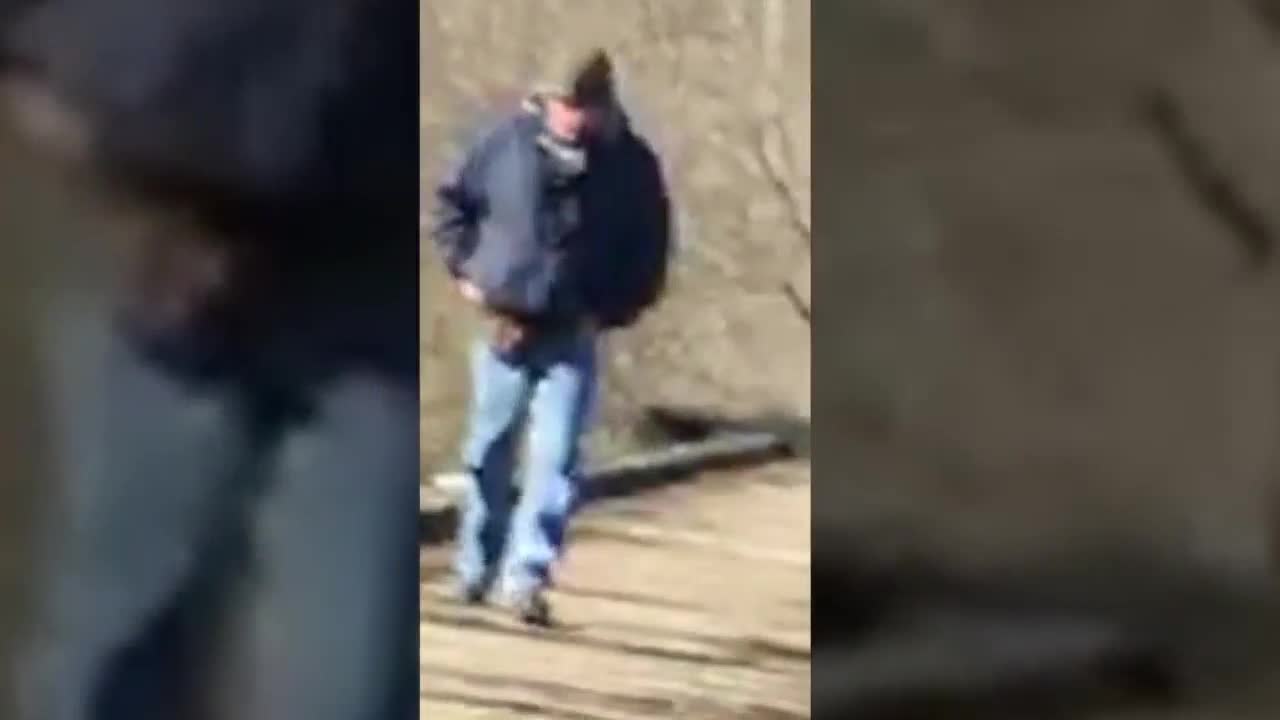 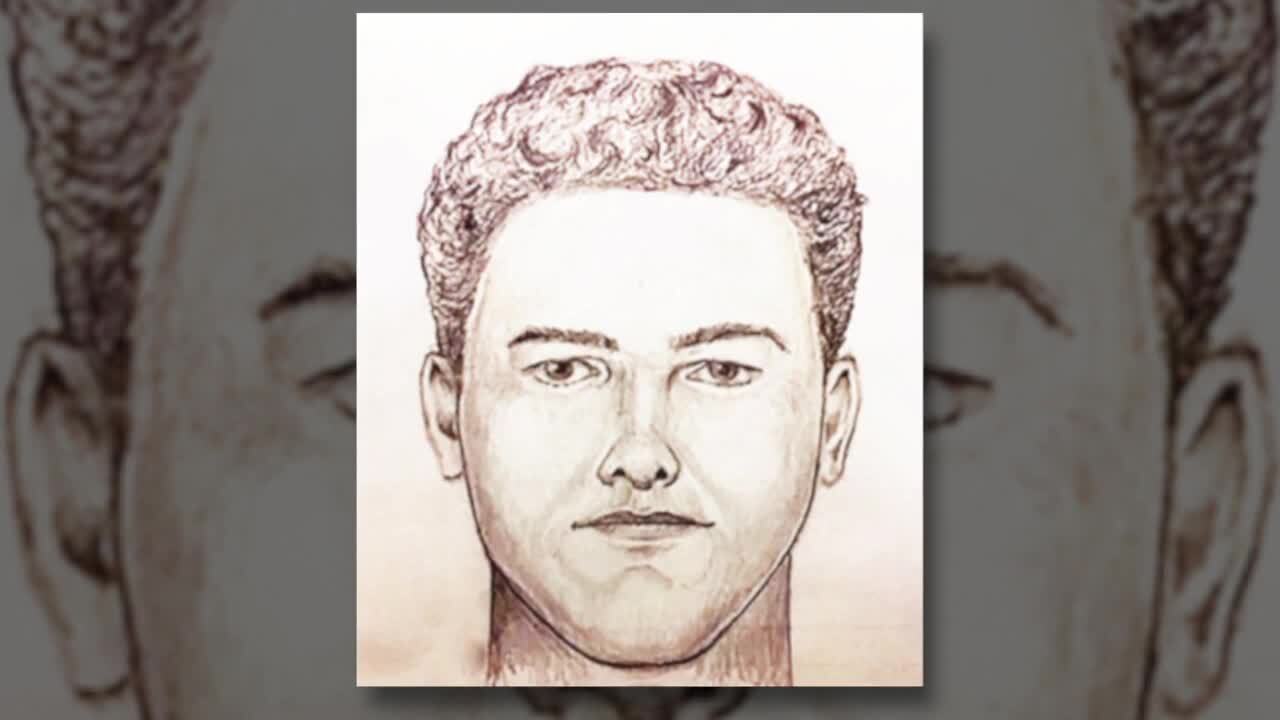 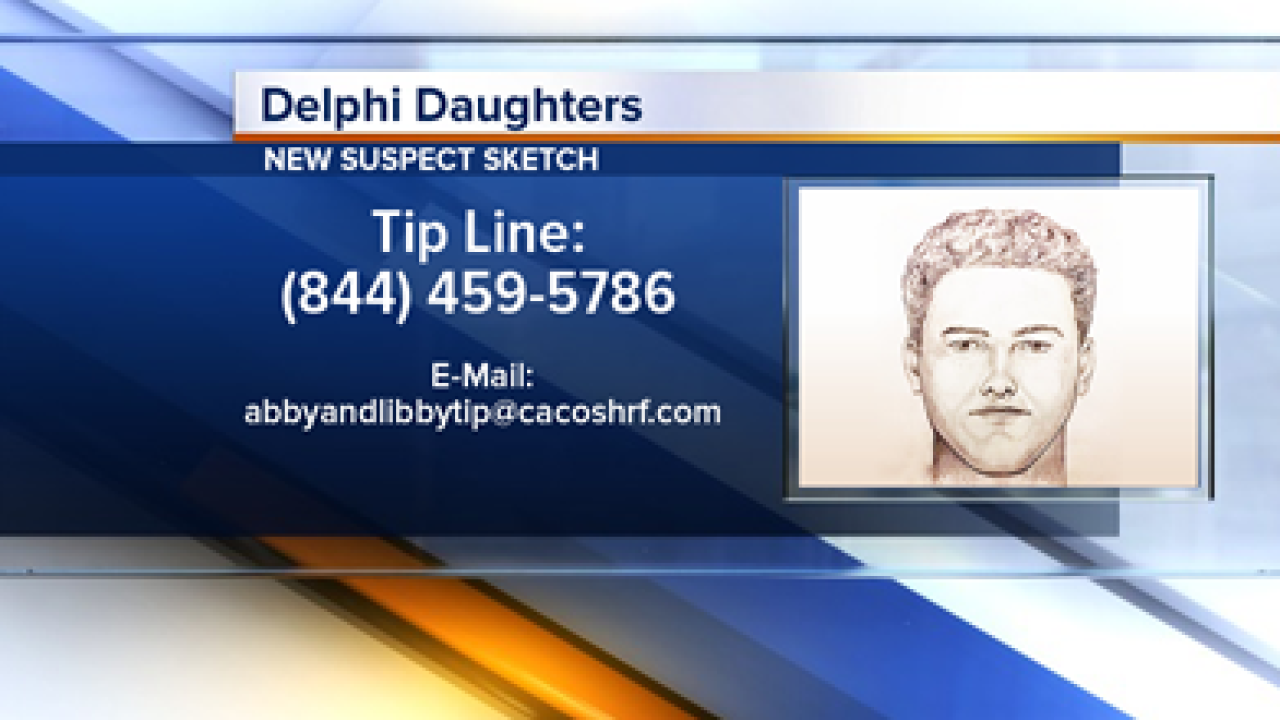 State police officials have released a new short clip of the video recorded on Libby German's cell phone, a short clip of audio of a few more words spoken by the suspect and an additional sketch of the suspect.

You can view those new key pieces of evidence below.

Indiana State Police released never-before-seen video of the "bridge guy" that was taken by Liberty German on the day that she died. That video shows the suspect walking along the bridge.

“When you see the video, watch the person’s mannerisms as they walk,” ISP Supt. Doug Carter said. “Do you recognize the mannerisms as being someone that you might know?”

Carter says because of where the man is walking and the deterioration of the bridge the suspect is not walking naturally because of the spacing between the ties.

An additional clip of audio from the same man has also been released. The new clip includes the word before the previously released version which only stated down the hill.

The new audio clip is a slightly extended version of the original, which was released days after the girls were murdered and includes the word "Guys" followed by "Down the Hill."

"Please keep in mind that the person talking is one person and is the person on the bridge with the girls" Carter said. "This is not two people speaking. Please listen to it very, very carefully."

The New Sketch
The new sketch released Monday afternoon is now the primary suspect in the murders of Libby and Abby, according to Indiana State Police. The initial sketch released in July 2017 is now considered "secondary" in the case.

Take a close look at the image below. Carter says they believe this IS the man responsible for the murders of Libby and Abby.

"The result of the new information and intelligence over time leads us to believe the sketch... is the person responsible for the murders of these two little girls," Carter said.

During Monday's press conference, Indiana State Police also requested the public's help to identify the driver of a vehicle that was parked nearby the day Libby and Abby went missing.

Carter says a vehicle was parked at the old CPS/DCS Welfare building in Delphi on the east side of County Road 300 North, next to the Hoosier Heartland Highway between noon and 5 p.m. February 14, 2017. No details about that vehicle were released, including make and model, color or license plate number.

“We believe you are hiding in plain sight,” Carter said. “For more than two years…. We likely have interviewed you or someone close to you. We know that this is about power to you, and you want to know what we know – that one day, you will.”

The Two Years Since Delphi Murders

Libby and Abby went missing on February 14, 2017, after being dropped off to go hiking near the Monon High Bridge. Their bodies were found on the back end of a nearby property the following morning.

READ |Two years later, Libby & Abby's killer is still out there | Hundreds of tips called in after two-year press conference for Delphi murders

In the two years following Libby and Abby's murders, only three key pieces of evidence were released: A grainy image, a three-second audio clip and a sketch of a possible suspect that has never been identified.

The last of those pieces of "evidence" was released in July 2017, five months after the girls were killed. That composite sketch was created after police say they received information from "witnesses" who were in the area around the time that Libby and Abby first went missing. No details about why this man was a possible suspect or how many people may have seen him were ever released. That sketch incited thousands of tips across the country and numerous comparisons by internet detectives, but did not lead to any arrests in the girls' murders.

That sketch is now considered secondary to the investigation.

Indiana State Police have been tight-lipped about any other evidence they may have from the girls' murders but at a February press conference marking two years since the investigation began they once again hinted that there were things being held back to help create their case when a suspect was found. Investigators also acknowledged that more video and audio taken by Libby exists, although exactly what is on that clip had never been released.

Here's a good tip checklist with 8 key things for you to consider when submitting a tip:

A reward of more than $200,000 is still being offered for information leading to an arrest in the case.