'Hamilton' star Lin-Manuel Miranda to be dad for second time 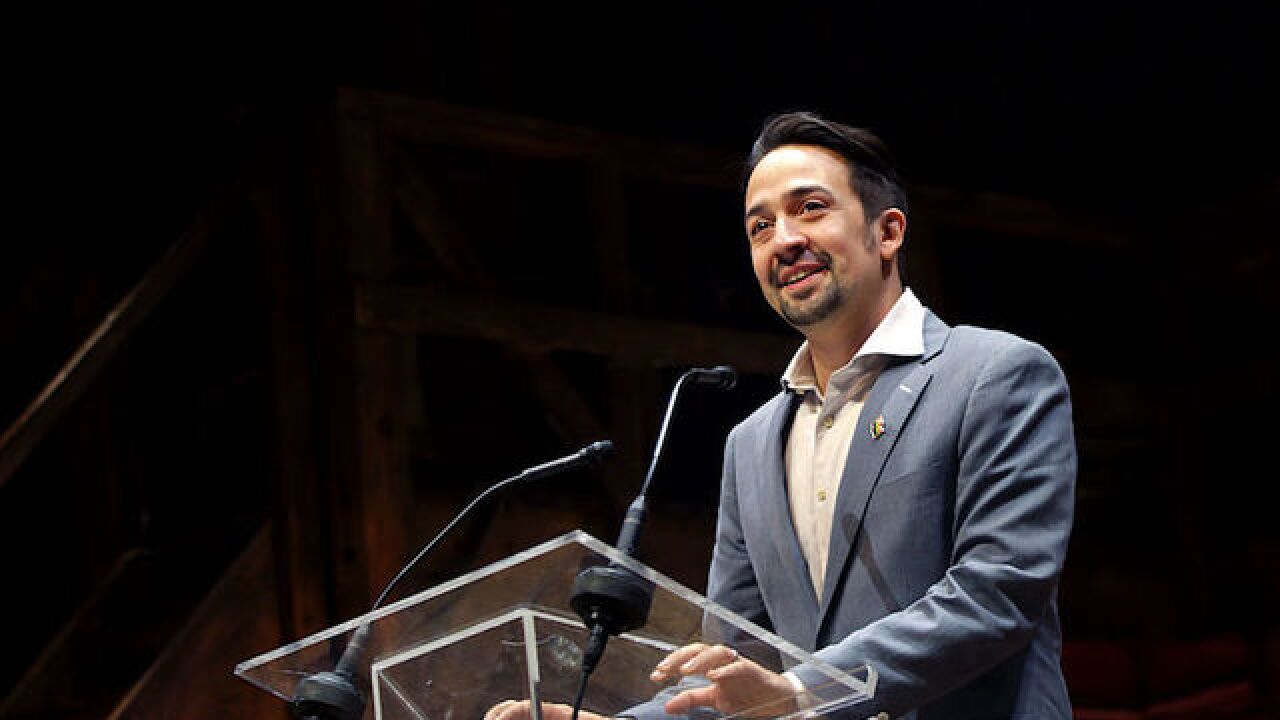 Lin-Manuel Miranda may have just made the most low-key baby announcement ever.

On Sunday, the "Hamilton" creator tweeted some photos from the London Evening Standard Theatre Awards red carpet, with his wife, Vanessa Nadal, sporting what appeared to be a baby bump.

It led one fan to ask him via Twitter "is v..?" to which Miranda replied, "Oh hell yeah."

Miranda married Nadal, a scientist and an attorney, in 2010.

They are parents to a 3-year-old son, Sebastian.

The "Hamilton" star tweeted that their son is excited about the new addition.

"He is so impatient for it," Miranda tweeted. "Once, mid-tantrum, he cried, 'When is mommy gonna HAAAATCH...'"