70th Emmy Awards: 'Game of Thrones' and 'This is Us' carry banner for popular TV 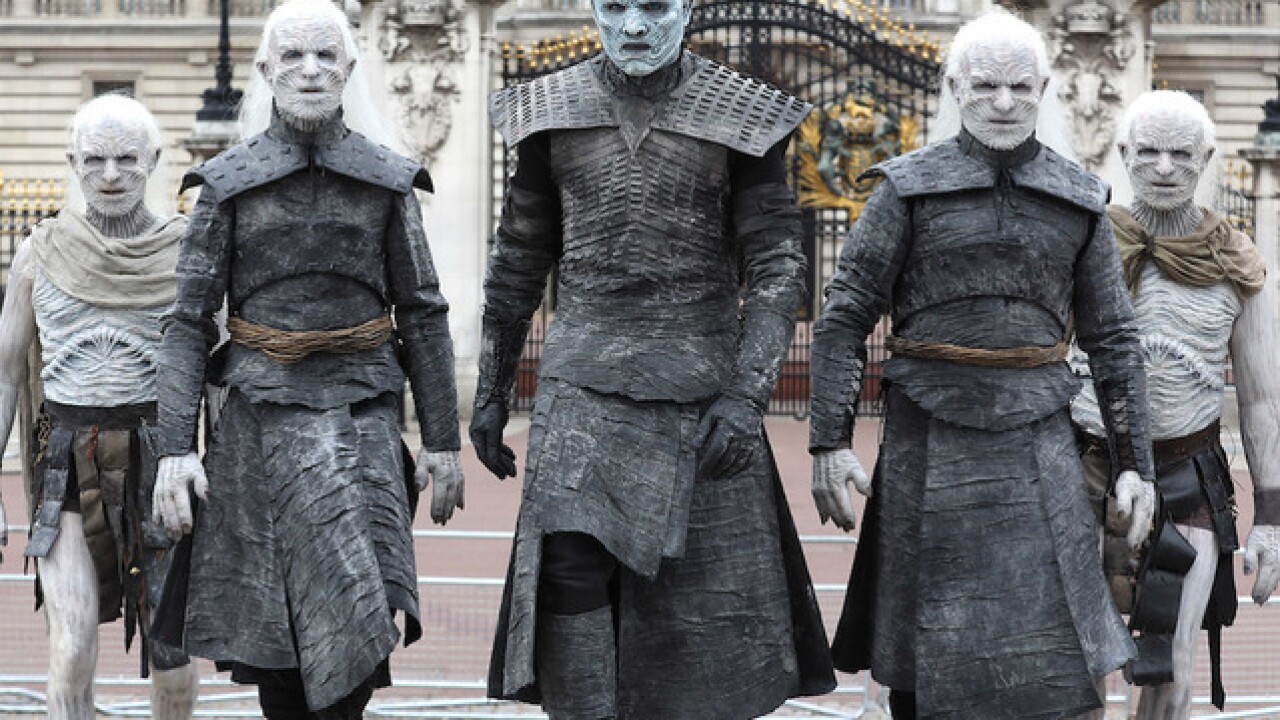 Image copyright 2017 Getty Images. All rights reserved. This material may not be published, broadcast, rewritten, or redistributed.
Tim P. Whitby
<p>The Night King and White Walkers march past Buckingham Palace to promote the forthcoming Game Of Thrones Season 7 on July 11, 2017 in London, England. The new season airs at 9pm on July 17th on Sky Atlantic. </p>

If you think of award shows as high school, the big problem is that the popular kids and the smart, cool kids often wind up sitting at different tables.

Like the Oscars, the Emmys are hoping shows like "Game of Thrones" and "This is Us" can reverse that trend, as well as the at least partially related one of declining ratings.

The Oscars tried to remedy the art-commerce gap by flirting with introducing a "popular film" category, only to retreat from the proposal last week amid considerable criticism, much of it from the organization's members. The Television Academy, meanwhile, has wrestled with a similar dynamic — and some additional complications — as the group prepares for the 70th annual Emmy Awards, which will air Sept. 17 on NBC.

Like the Academy Awards, the Emmys have seen nominations migrate to smaller, more niche-oriented fare. That includes prestige offerings from streaming services like Netflix — which for the first time this year became the leader in overall recognition, edging HBO — and Hulu, which celebrated a milestone in 2017 when "The Handmaid's Tale" became the first streaming series honored as outstanding drama.

The Emmys have long seen low-rated cable shows suck up awards and oxygen. With streaming services, voters don't even know exactly how many people are watching, since that data is closely guarded by the distributors.

The Emmys do boast a few popular hits among this year's lineup of nominees, including HBO's sweeping fantasy "Thrones" -- back in the running after a year off -- and "This is Us," the emotional NBC drama.

Still, just as superhero blockbusters have traditionally been ignored by the movie academy, the Emmys have exhibited dwindling interest in broadcast shows, including popular sitcoms like "The Big Bang Theory" (which enters its final season having last been nominated as best comedy in 2014) and "Modern Family" (left out for the first time this year, after eight nominations and five wins).

Both movies and TV were once more receptive to broad-appeal fare in their award showcases. Movies like "Titanic" and "The Lord of the Rings" won Oscars, and network hits like "ER," "NYPD Blue" and "Frasier" corralled Emmys.

Not incidentally, the year "Titanic" was named best picture remains the most-watched Oscarcast ever. And while there are a host of factors that have contributed to diminished tune-in — including those who say they're skipping awards shows because they have become too political — the lack of rooting interest in nominees, as media consumption becomes more fragmented, is an obvious drag on ratings.

Indeed, prior to last year's Emmys, a survey by Katz Media Group found that high percentages of people had never heard of many nominees, especially on streaming services and cable. Despite positive reviews, the researchers cited a lack of "critical mass" behind many of the shows.

Emmy ratings sunk to an all-time low in 2016, and barely exceeded that last year, averaging 11.4 million viewers, per Nielsen data.

Those low numbers are doubly irksome to the major broadcast networks, which are -- with the exception of NBC, which amassed numerous awards during the weekend's Creative Arts Emmys ceremonies -- essentially being left out of a party that they host. Earlier this year, ABC, CBS, NBC and Fox agreed to renew their Emmy broadcast deal -- which currently pays the academy more than $8 million a year -- with the telecast scheduled to rotate among them through 2026.

Of course, it's hard to say what the TV landscape will look like by the time that agreement expires, but this much seems clear: As long as award shows experience a sizable gap between the cool kids and the popular ones, bringing more viewers to the table is going to be a challenge.