Corey Feldman reports that he was stabbed; LAPD investigating 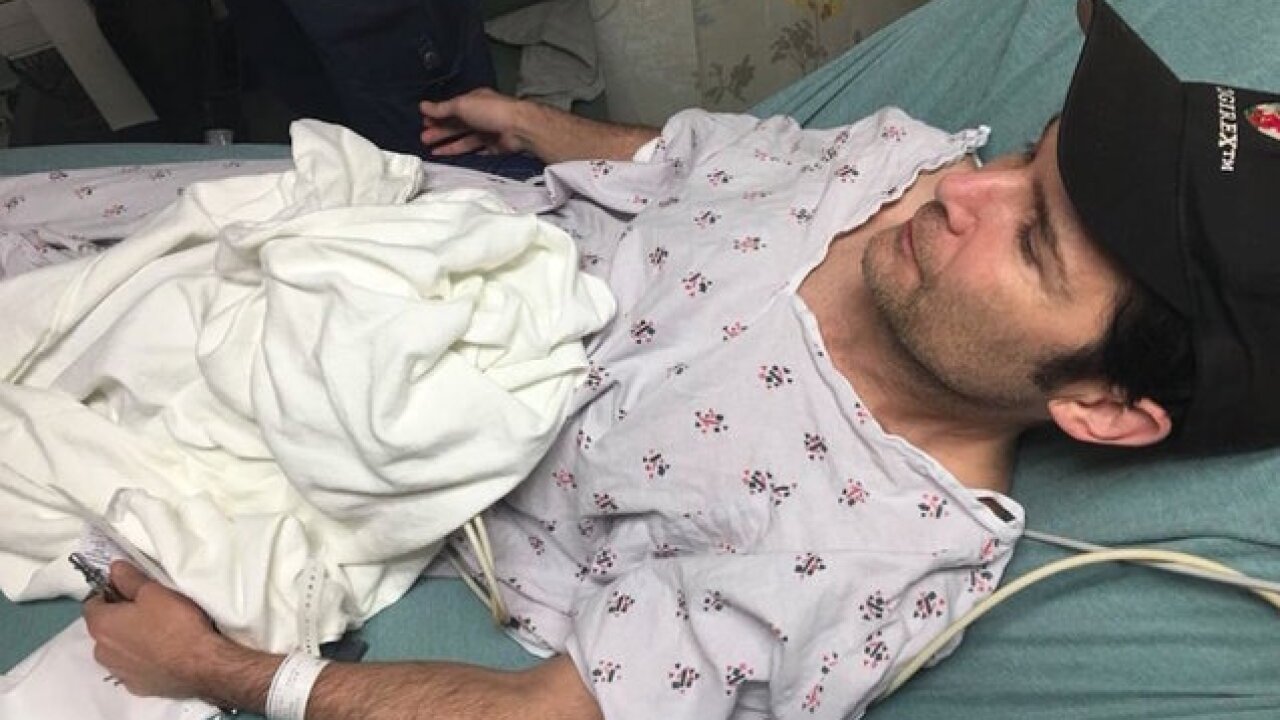 Corey Feldman took to Twitter Tuesday night to say he had been hospitalized after being stabbed.

"A person opened the driver door, made a stabbing motion at the actor's midsection and then fled," Madison said.

Feldman drove himself to the hospital. The actor did not suffer lacerations but there was some redness on his midsection, Madison said.

The former child star took to Twitter and posted several pictures of himself laying in a hospital bed.

"IM IN THE HOSPITAL! I WAS ATTACKED 2NITE! A MAN OPENED MY CAR DOOR & STABBED ME W SOMETHING! PLEASE SAY PRAYERS 4 US," Feldman tweeted. "THANK GOD IT WAS ONLY MYSELF & MY SECURITY IN THE CAR, WHEN 3 MEN APPROACHED! WHILE SECURITY WAS DISTRACTED, W A GUY A CAR PULLED UP & ATTACKED! I'M OK!"

An LAPD spokesperson told CNN the incident is being investigated as "an assault with a deadly weapon."

According to a spokesperson for Feldman, he was stabbed with what they believe to be a needle or syringe.

"There was a small laceration, but the main concern was that he might have been infected with poison or a virus," Feldman's publicist told CNN.

Feldman was released from the hospital Wednesday morning, his publicist said.