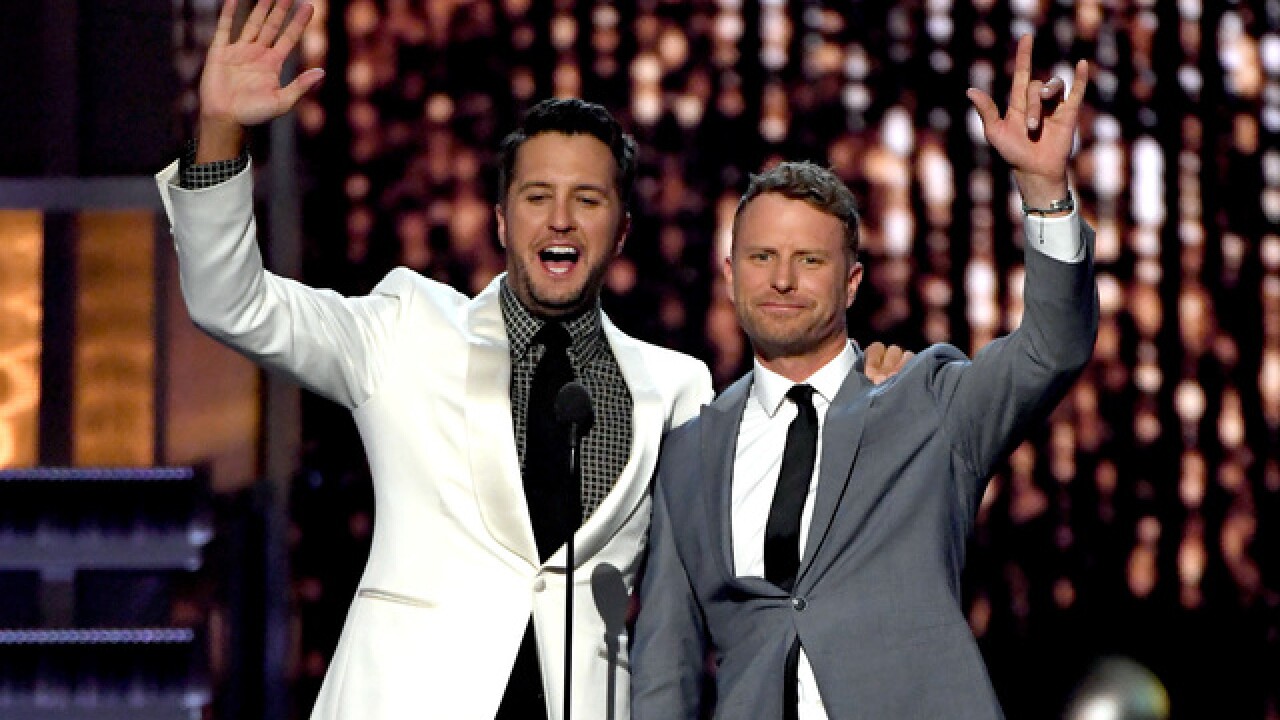 Move over Luke Bryan and Dierks Bentley, the Academy of Country Music Awards is reportedly on the hunt for new co-hosts for the Las Vegas-based awards show.

During a question-and-answer session at the Country Radio Seminar, an annual who's who event of the format in Nashville, Billboard magazine reports that Bentley joked, "That's over... We got fired. Is that not common knowledge?"

Management for the "Somewhere On A Beach" singer confirmed the comment.

No word yet on who could replace Bentley and Bryan. The ACM Awards air live from the MGM Grand Arena in Las Vegas on April 15.