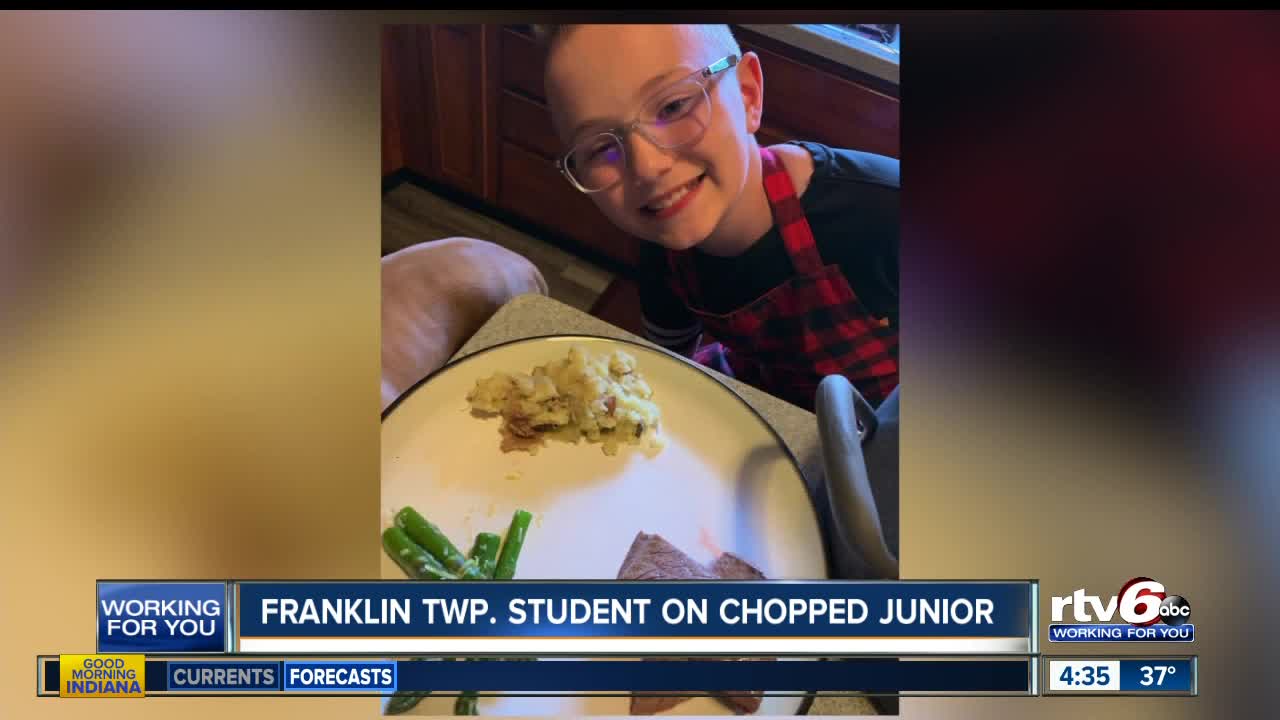 A seventh grader from Franklin Township will be on Chopped Junior!

FRANKLIN TWP. — A very thankful teenager from Franklin Township will be showcasing his skills on an episode of 'Chopped Junior' that will air on the Food Network next week.

RTV6 stopped by Connor Vaught's house so he could give a little taste of what to expect in the episode.

Press play on the video above to watch.

Connor is a seventh-grader from Franklin Township Middle School. He's been helping his mom cook in the kitchen since he was 4-years-old.

Connor's family loves the show 'Chopped,' and Connor decided to fill out an application for the show.

About nine months later, he received a call to interview and was chosen.

The seventh-grader taped the episode this summer in New York, where he met NFL player and celebrity judge Rashad Jennings.

RTV6 asked him what the toughest part of the competition was:

"It was mostly not having parents there to be like, 'oh, you are doing good.' You just are hopefully doing something correct ... if you're not, it's not good," Connor said. "If I am home … you're like, 'you probably shouldn't do that.' On the show, the producers say, 'oh, I can't tell you that.'"

"They did a really good job of making you feel at ease about it. It's just the stress of not being able to help," Lindy Vaught, Connor's mother, said. "All of the parents were yelling at the TV, 'what are you doing?! Put that down; grab that.'"

Connor's episode of Chopped Junior will air on December 3 on the Food Network.