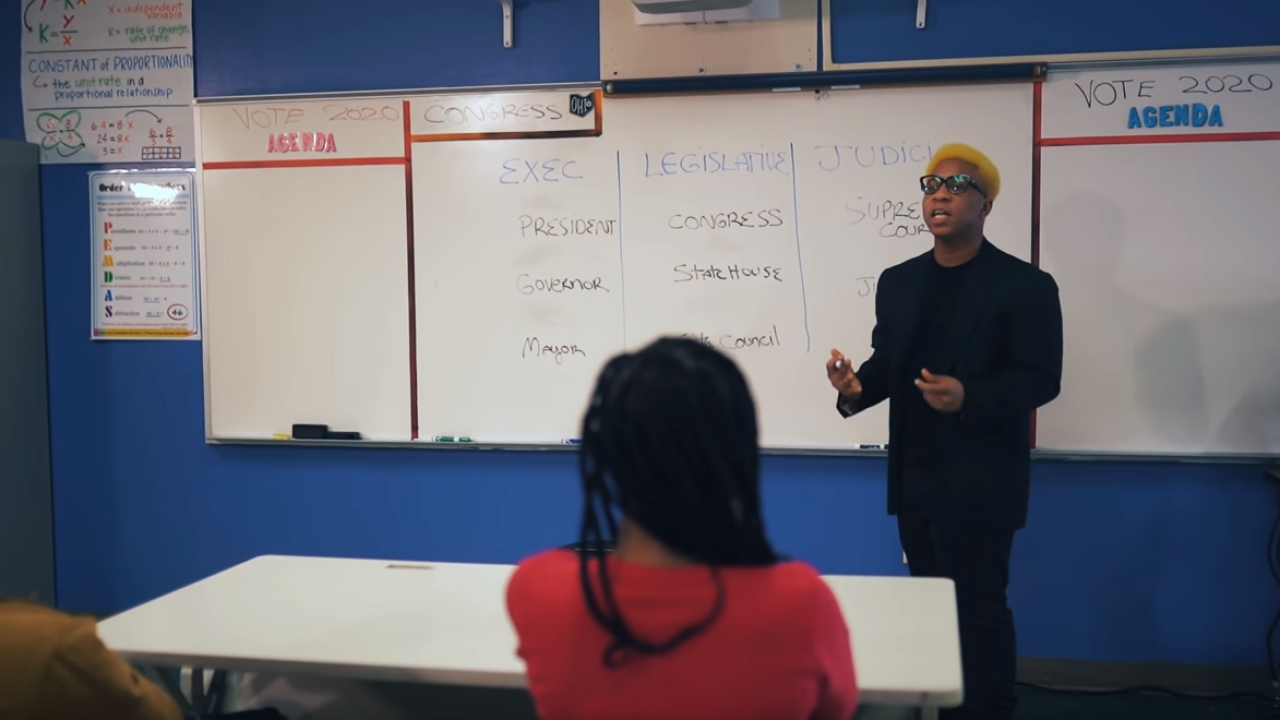 Copyright 2020 Scripps Media, Inc. All rights reserved. This material may not be published, broadcast, rewritten, or redistributed.
YouTube

DAYTON, OH — A rap video that explains the importance of voting and how the three branches of the government work is growing to viral status.

YelloPain, a rapper from Ohio, released a video titled 'My Vote Don't Count' in January. In the song, the rapper explains how the executive, legislative and judicial branches of government work.

"We gotta focus on the Legislative branch; yeah they the ones that make the Laws
Yeah they the ones that write how much food stamps money you get on the card
But when people that wanted to help us wanted the job
I know they probably lost
Cause we ain’t even know they name, we ain’t know they face, we ain’t know it all
So the Congress or the State House that’s the Legislative branch, they make Laws
So what we want from the President is what they do, okay y’all?
See they election every two years but we don’t ever even go to those
The Congress they could raise minimum wage but we ain’t even really know it thou"

The music video has since garnished the attention of celebrity level artists, politicians, actors and actresses.

This is terrific. Thank you @YelloPain for reminding us why every election matters and thank you @ArlanWasHere for amplifying. Hope you’ll watch: https://t.co/XUduGSvPaI

My wife found this song on @youtube and showed me. I’ve never seen politics broken down like this. This song needs to be promoted like we push everything else. Please go to @yellopain page, follow him and click the link to this video in his bio. Well done player.

In an Instagram post, YelloPain explained why he made the song, saying: "Help me inform my people on the information nobody taught us ! We stand in long a-- lines for sandwiches and shoes but not voting!"