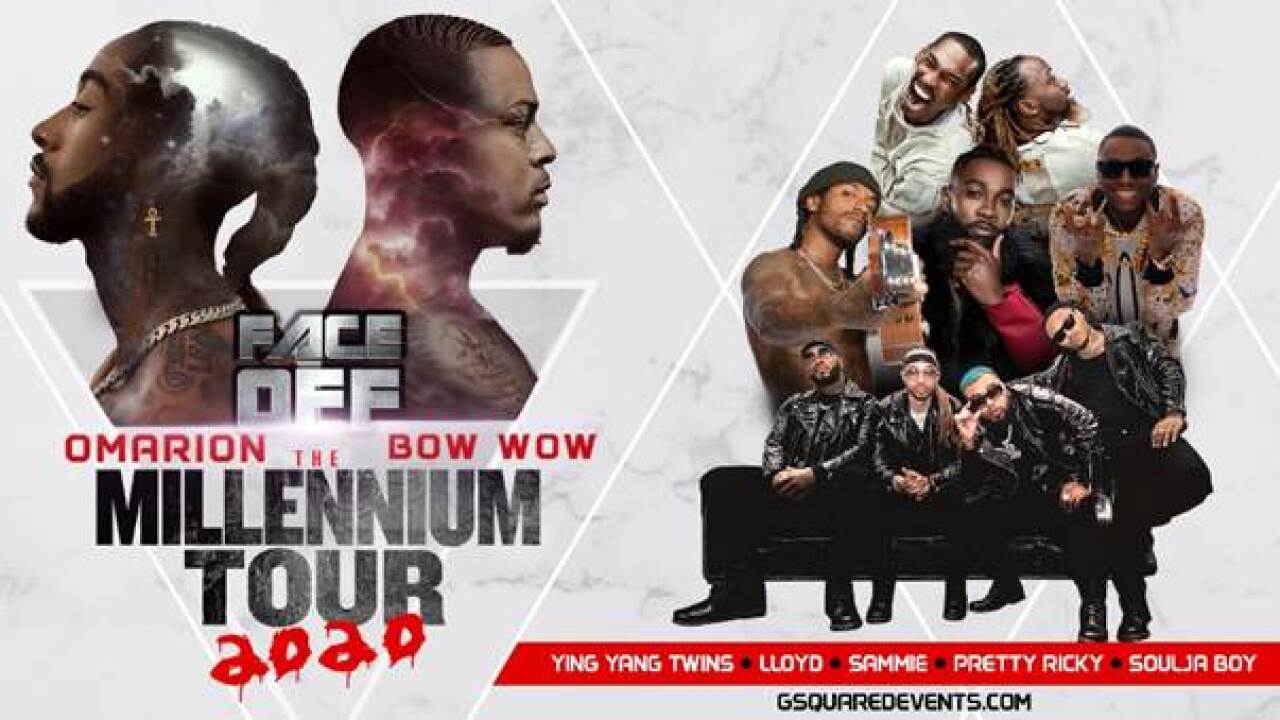 G-Squared Events announced the R&B reunion on Tuesday after they said the first Millennium Tour in 2019 was such a success.

"After The Millennium Tour 2019 had a successful run of sellout performances in arenas across the country, fans validated that R&B reunion tours are in popular demand and left many yearning for more," the release said.

The lineup is full of nostalgic fan favorites from the 2000s.

Each group or artist impacted the early 2000s Hip Hop and R&B scene with popular singles. Such as the Ying Yang Twins' "Get Low," Pretty Ricky's "On The Hotline," and Omarion's "Post to Be."

Tickets to the 2020 Millennium concert in Indianapolis on March 1 can be purchased on Friday, Dec. 6.