Indy Bard Fest ... this is Shakespeare? 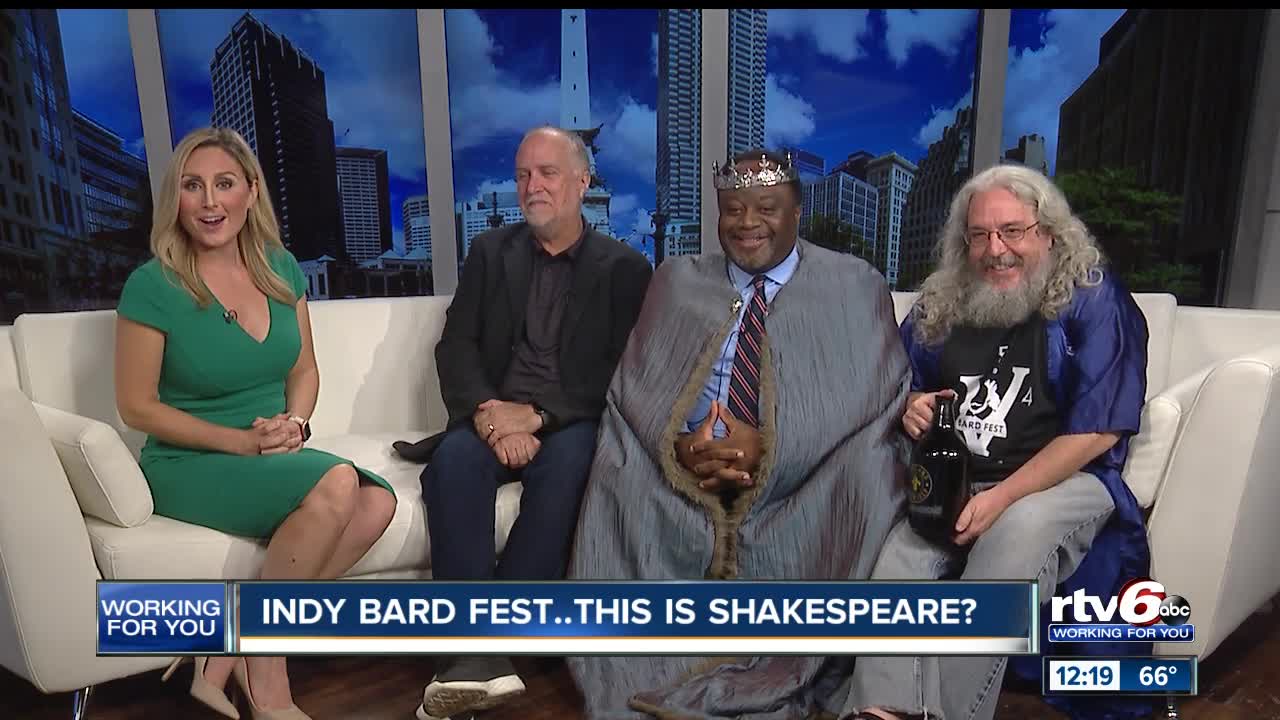 This is definitely not the Shakespeare you may have learned in high school — or that may have performed before in a theater.

INDIANAPOLIS — This is definitely not the Shakespeare you may have learned in high school — this is Indy Bard Fest.

Three legendary works from Shakespeare presented in a different way with an all-star cast, which includes two guests that RTV6 had in the studio Wednesday.

Abdul-Hakim Shabazz is King Henry IV, Matthew Socey is Falstaff (a character in multiple Shakespeare plays) and Glenn Dobbs is the director of the fest.

Press play on the video above to learn even more.