Six women-owned, operated businesses in Indianapolis you should know about 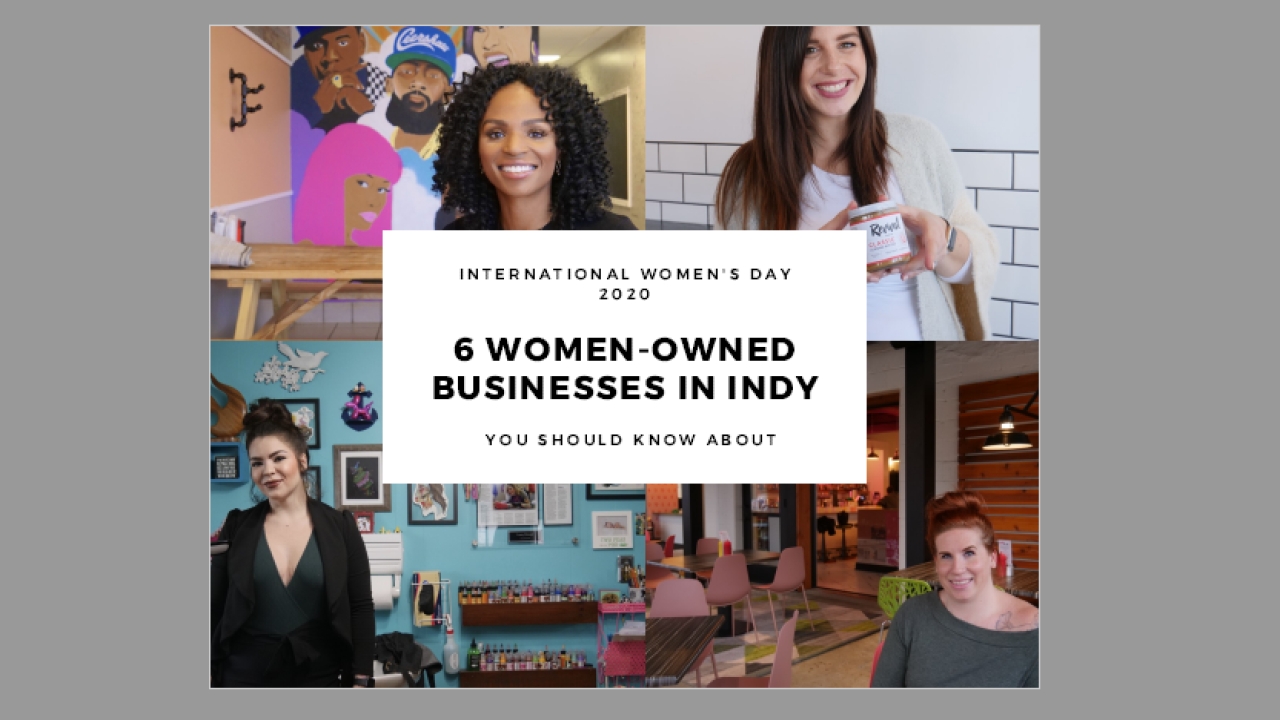 INDIANAPOLIS — In celebration of International Women's Day we put together a list of six women-owned and operated businesses that Indianapolis residents can visit, support or learn more about.

In no particular order, the following list boasts a variance of establishments. From an almond butter company to a law firm — here you go:

Que Wimberly is a woman about opportunity, business, and most importantly, her people. As both a spa and pizza joint owner, her entrepreneurship is about bringing people together and knowing what she and her team are good at.

Wimberly recently opened one of Indy's newest pizza spots, The Missing Brick. And Wimberly's pizza has everything that traditional-style pizzas have been missing.

The 21-and-over establishment sets itself apart by collaborating with a couple of the most well-regarded restaurants in Indianapolis — Chef Oya’s The TRAP, a seafood eatery on Keystone Avenue, and Hank’s Smoked Briskets, a Texas-style barbecue joint on the city’s west side.

Click here to learn more about Wimberly and The Missing Brick.

Lenny Floyd is the owner of Salty Siren Tattoo Lounge just south of Indianapolis in Greenwood.

In an industry that has been preserved through tradition, Floyd has found success in being unconventional.

Floyd loves to tattoo watercolor, animals, floral, and pattern designs, but what matters most to her is the celebration of every person's story.

You won't find big egos nor an intimidating atmosphere in the Salty Siren Tattoo Lounge and it's all because of Floyd's mission to celebrate the heartache and the triumph of life.

Kendall Lockwood is an operating partner at Ball & Biscuit on Mass Ave. and owner of the trendy new restaurant, Baby's, on the near north side.

Lockwood's mission was to have a place that people of all ages and backgrounds could come to for a good time.

Serving chicken, burgers, mac-and-cheese, and so much more, the diner-like restaurant also holds a variety of events, such as karaoke, trivia night, and an all-ages drag brunch every Sunday.

Learn more about Lockwood and the significant connections between Ball & Biscuit and Baby's, here.

Although this downtown Indianapolis lounge is not women-owned, it does however have a female-heavy crew.

From leading bartenders to house supervisors, women are running Spoke & Steele on a day-to-day basis at the Le Meridian hotel.

Studies show that less than ten percent of head chefs are women and Spoke & Steele's Executive Chef, Erin Gillum, is one of the few. As a competitor in the World Food Championships this year, she's a chef to keep a close eye on.

Keep a lookout for an in-depth article about Gillum on Inside Indy.

Revival Food Company's pure almond butter has been a hit at dozens of Midwest grocers for a few years now.

The maker and owner of the butter and company, Rachel Klein, has now made a career out of her chosen lifestyle of nutrient-dense superfoods by using sustainably sourced almonds.

Klein is a Hoosier native who is all about the handmade hustle.

Keep a look out for an in-depth article about Klein on Inside Indy.

Clare Corado and Megan Pastrana are both immigration and divorce lawyers who both answered the call to action from local women who felt there were not enough supporting law firms for women going through a divorce.

Not every woman is, nor plans, to get divorced. However, the founding partners over at Indiana Divorce Lawyers are always looking to provide women with crucial tools during all big life transitions.