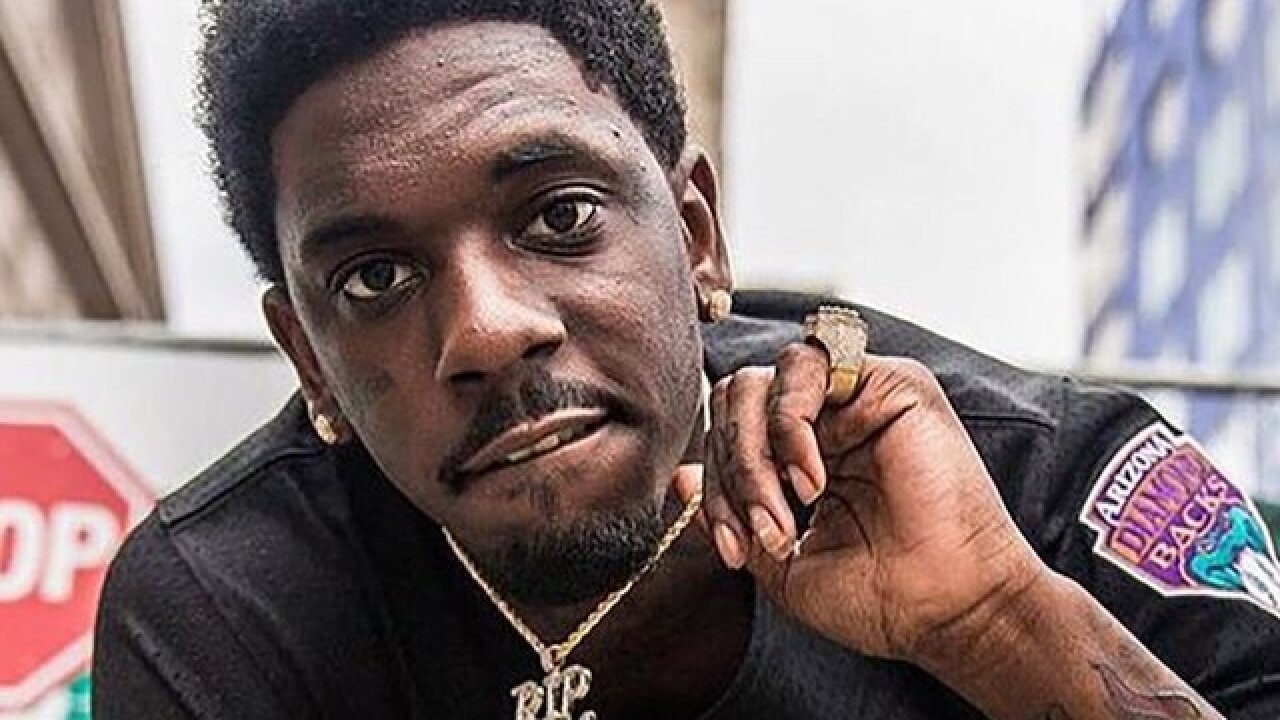 Rapper Jimmy Wopo was killed Monday in the Pittsburgh neighborhood he helped make famous. He was 21.

Police found Wopo and another man shot inside a car shortly before 4:30 p.m. Monday in Pittsburgh's Hill District neighborhood.

Both men were transported to a local hospital where the rapper later died. Police said the other victim, who was not identified in a press release, was transported in stable condition.

Wopo died the same day fellow young rapper XXXTentacion was gunned down during an apparent robbery in Florida.

Born Travon Smart, Wopo first came to fame with his 2016 song "Elm Street," which documented his life in his beloved hometown.

He began rapping early, he said, starting at the age of 7 to earn money from adults in the community.

He told Fader last year he went to multiple alternative schools growing up and credited his mother with letting him "go through everything by myself," which he said prepared him for life.

A local church, Hope Center, helped him develop his skills because they had a studio they made available to the local youth, he said.

"You couldn't cuss and s— and everybody in the hood was going to it," Wopo said. "It was our first time ever being in a real studio for real, so that's when we really started making music. I was 14."

The trap rap star was considered by many to be a heir apparent to fellow Pittsburgh rappers Wiz Khalifa and Mac Miller, who had become heavyweights in hip hop.

On Monday both those stars paid tribute to Wopo on social media.

"Rest up bro," Khalifa wrote in a caption of a photo of the slain rapper.

Wopo had previously been shot twice as a teen.

He told VLAD TV last year that being shot a second time at the age of 18 changed his perspective.

"The first time I got shot I was more angry to get back at what happened to me," he said. "The second time I had much more s— on the line. I had a daughter, I had the song 'Walking Bomb.' That s— was kind of popping -- it was my first joint that really kinda started blowing out the water."