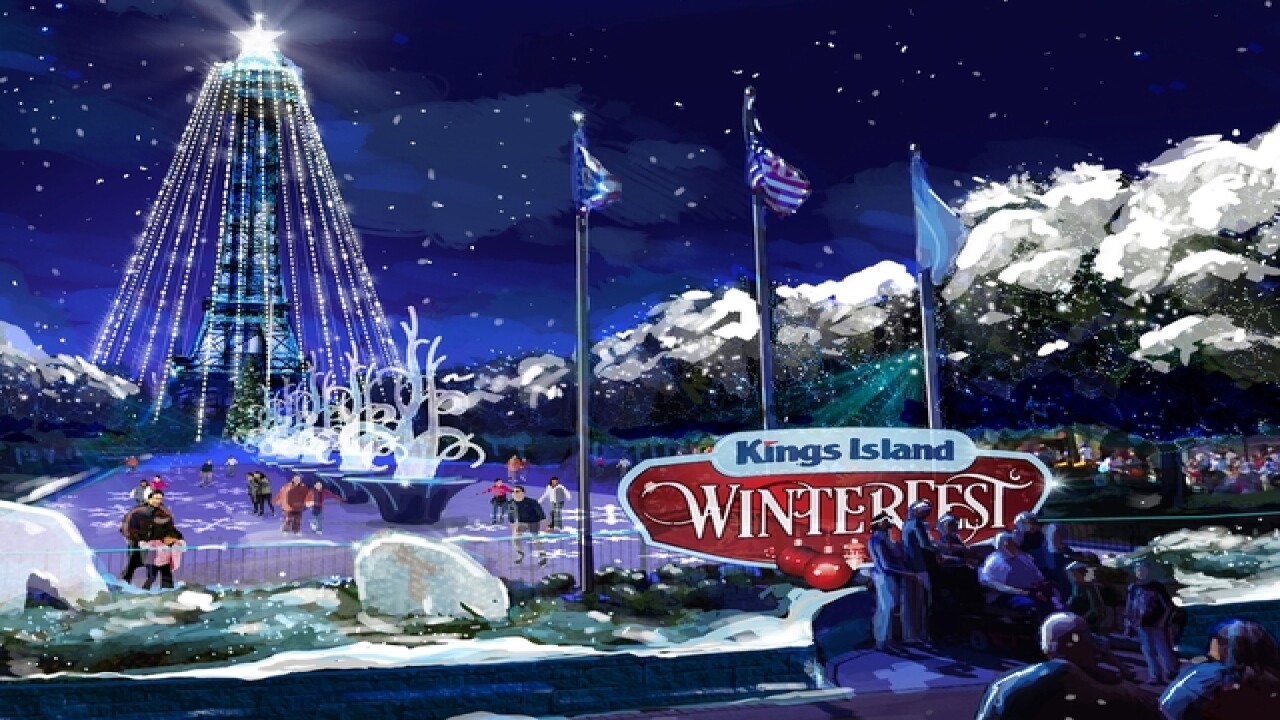 MASON, Ohio — A holiday classic will return to Greater Cincinnati when Kings Island brings back Winterfest in 2017.

The event will include ice skating on the fountain, the park's 314-foot "Eiffel Tower" transformed into a Christmas tree with a state-of-the-art light show, a reindeer petting area, stage shows and a Snoopy ice show on the fountain, midway entertainment and more.

Winterfest will be included for 2017 gold and platinum-level season pass holders. The festival will begin the Friday after Thanksgiving next year, said Greg Sheid, the general manager of Kings Island.

Winterfest, for those too young to remember, is a celebration of all things Christmas that filled the park from 1982 to 1992. After buying Kings Island in 1991, Paramount Communications ended Winterfest, then brought it back in 2005 for one season.

Winterfest is the second big announcement from the park, which in July revealed it will add a new wooden roller coaster, Mystic Timbers, for the 2017 season. Mystic Timbers will include more than 3,000 feet of track and reach speeds of over 50 mph.

Additionally, Kings Island announced some upcoming changes for Soak City. There will be a new "overall amenity package" and a new smokehouse restaurant, as well as more seating and shaded areas.

Kings Island’s 2016 season continues seven days a week through Aug. 21 and on weekends until Oct. 30. Soak City’s last day of operation is Sept. 5.