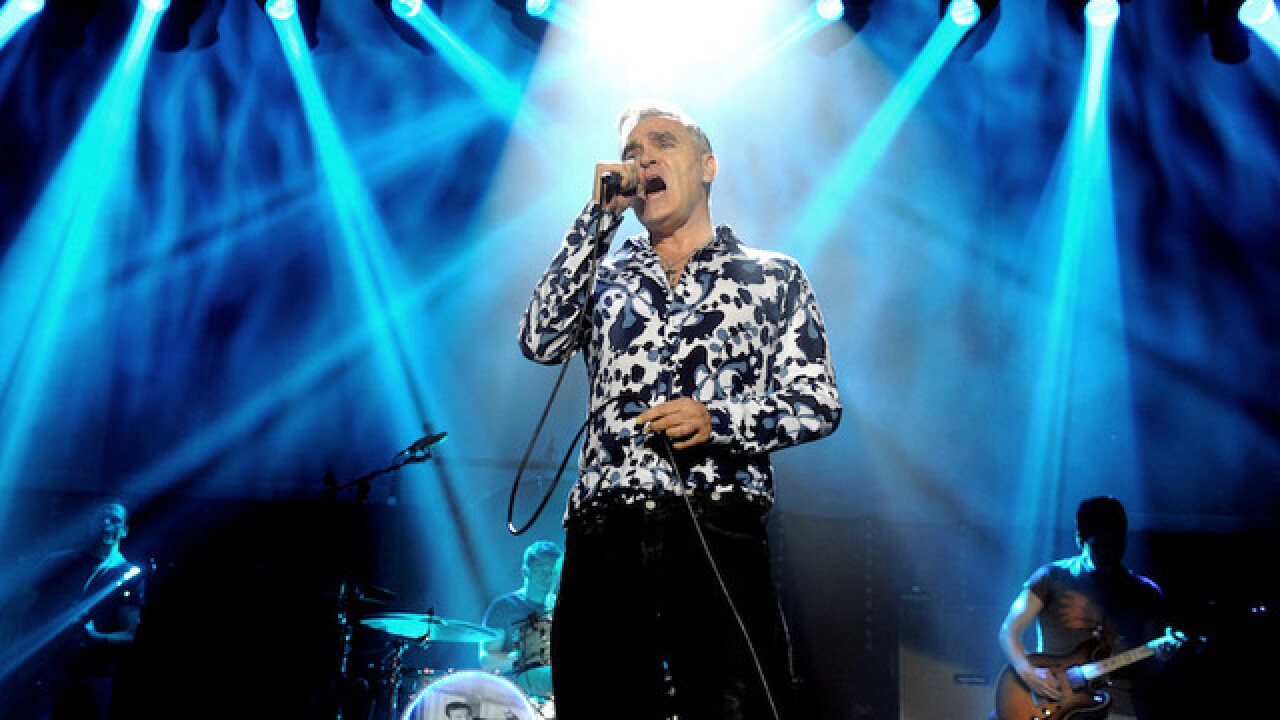 British singer-songwriter Morrissey has called off a series of planned July tour dates in Britain and elsewhere in Europe amid a dispute over claims of racism.

A statement from the ex-Smiths frontman's representatives announcing the move cited "logistical circumstances beyond our control."

Two of the gigs were to be held in Morrissey's home city, Manchester, where high-profile DJ Dave Haslam had organized an anti-racism protest event for July 8 to coincide with his visit.

Haslam tweeted Friday that the free music event in a Manchester bar would go ahead as planned and that any Morrissey ticket-holders were welcome to attend.

"I sympathise with fans who made plans to see him, we know what it's like to be let down by Morrissey," he posted. "If dates are rescheduled, we'll be happy once again to provide an alternative event in the city."

In a comment on Morrissey's official Facebook page Thursday, manager Peter Katsis, of US music management company Deckstar, dismissed Haslam as "simply using the situation to gain some much needed attention to himself."

The row centers over controversial comments Morrissey, who no longer lives in the United Kingdom, reportedly made earlier this month in support of British far-right figures Tommy Robinson and Anne Marie Waters.

The singer, who is vegan, also said in an April interview posted on his website that "halal slaughter requires certification that can only be given by supporters of ISIS." Halal refers to foods allowed under Islamic dietary laws.

Asked about accusations of racism, Morrissey referred to slurs against him and said, "We are all called racist now, and the word is actually meaningless. It's just a way of changing the subject."

The statement from Morrissey's promoters said the world tour to promote his latest album, "Low in High School," would continue in November in Mexico City.

"We deeply regret any inconvenience to the fans and promise to reschedule UK and European dates as soon as possible," it said. Refunds will be given to fans holding tickets for the postponed shows, it added.

Morrissey has had other brushes with controversy. Last December, he took to Facebook to defend himself over reports that said he defended the alleged actions of Hollywood men accused of sexual assault and harassment.