'One Flew Over the Cuckoo's Nest' director Milos Forman dies 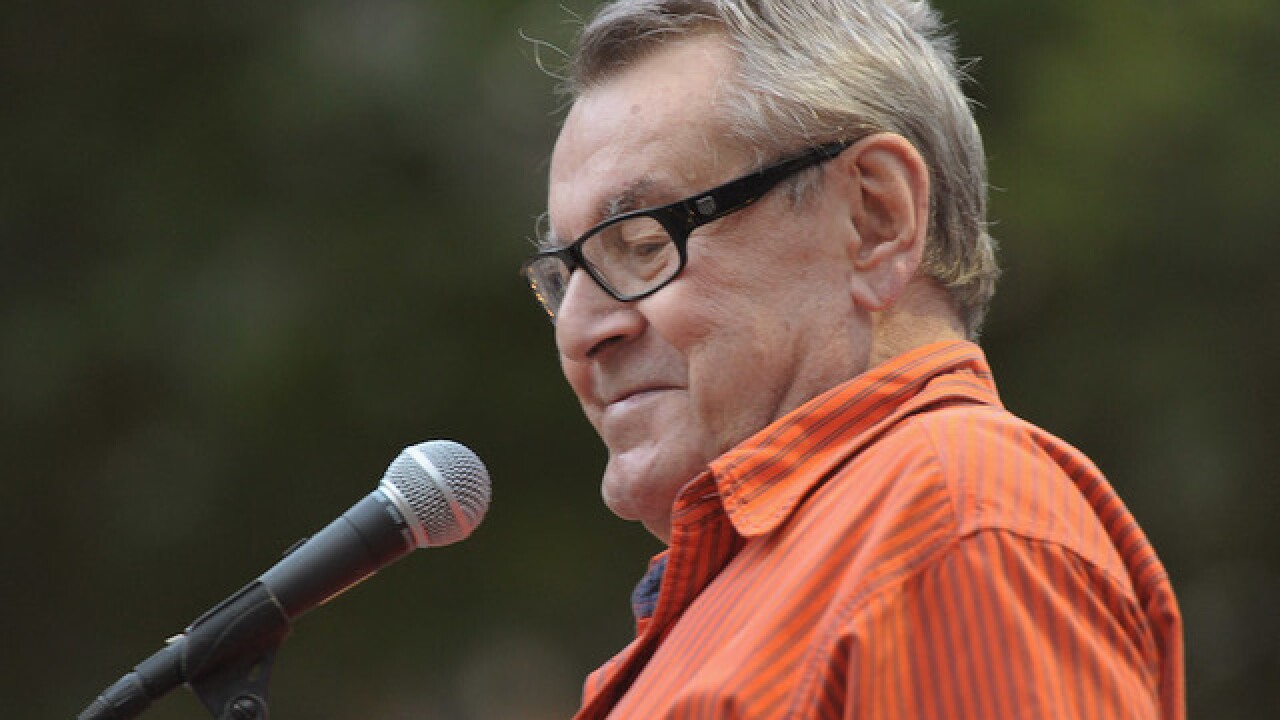 Copyright Getty Images
Michael Loccisano
<p>Director Milos Forman addresses the audience before the screening for his film, 'One Flew Over The Cuckoo's Nest' during the Bryant Park Summer Film Festival 2011 at Bryant Park on June 20, 2011 in New York City. (Photo by Michael Loccisano/Getty Images for HBO)</p>

Director Milos Forman, known for his work on Oscar-winning films "One Flew Over the Cuckoo's Nest" and "Amadeus," has died, his agent said.

He was 86 years old, according to Dennis Aspland, Forman's representative.

Forman was born in Caslav, Czech Republic, in 1932.

His father was a member of a resistance group against the Nazi occupation. Both his parents were killed in Nazi concentration camps during World War II, according to Forman's official biography.

"My parents were real patriots, and that was probably the reason why they died. Not until much later, when I was suddenly far from my homeland and its culture, far away from my family, when I was cut away from the land of my childhood, I realized I shared this strong feeling of affection for my country with them," Forman had said, according to his biography.

He had been fascinated with theater since an early age and later founded an amateur theater group in the 1950s. He eventually studied direction at the Prague Film Academy.

He became an established foreign film director in the 1960s for "Loves of a Blonde" and "The Firemen's Ball," which were nominated for Oscars in the best foreign-language film category.

In 1968, he moved from what was then Czechoslovakia to the United Sates after Warsaw Pact troops invaded the country to crush the "Prague Spring."

In 1975, he rose to fame when he directed Hollywood blockbuster "One Flew Over the Cuckoo's Nest," an adaptation from a Ken Kesey novel. The film starring Jack Nicholson and Louise Fletcher won five Oscars, including best picture and best director.

It became the second film in history to win the top five Academy Award categories.

Forman's friends had questioned him about his decision to direct "One Flew Over the Cuckoo's Nest," a story they said was "so American" for a foreign director.

"I explained I wanted to make the film because to me it was not just literature but real life, the life I lived in Czechoslovakia from my birth in 1932 until 1968," Forman told the Directors Guild of America . "The Communist Party was my Nurse Ratched, telling me what I could and could not do; what I was or was not allowed to say; where I was and was not allowed to go; even who I was and was not."

He won a second Oscar for the 1984 extravaganza "Amadeus," a biopic of Wolfgang Amadeus Mozart, which won a clutch of Academy awards.

He received numerous awards, including a Directors Guild of America's Lifetime Achievement Award in 2013 for motion picture direction.

"No matter what subject or genre he tackles, Miloš finds the universality of the human experience in every story, allowing us -- his rapt audience -- to recognize ourselves within the struggle for free expression and self-determination that Miloš so aptly portrays on the silver screen," past DGA President Taylor Hackford said at the time.