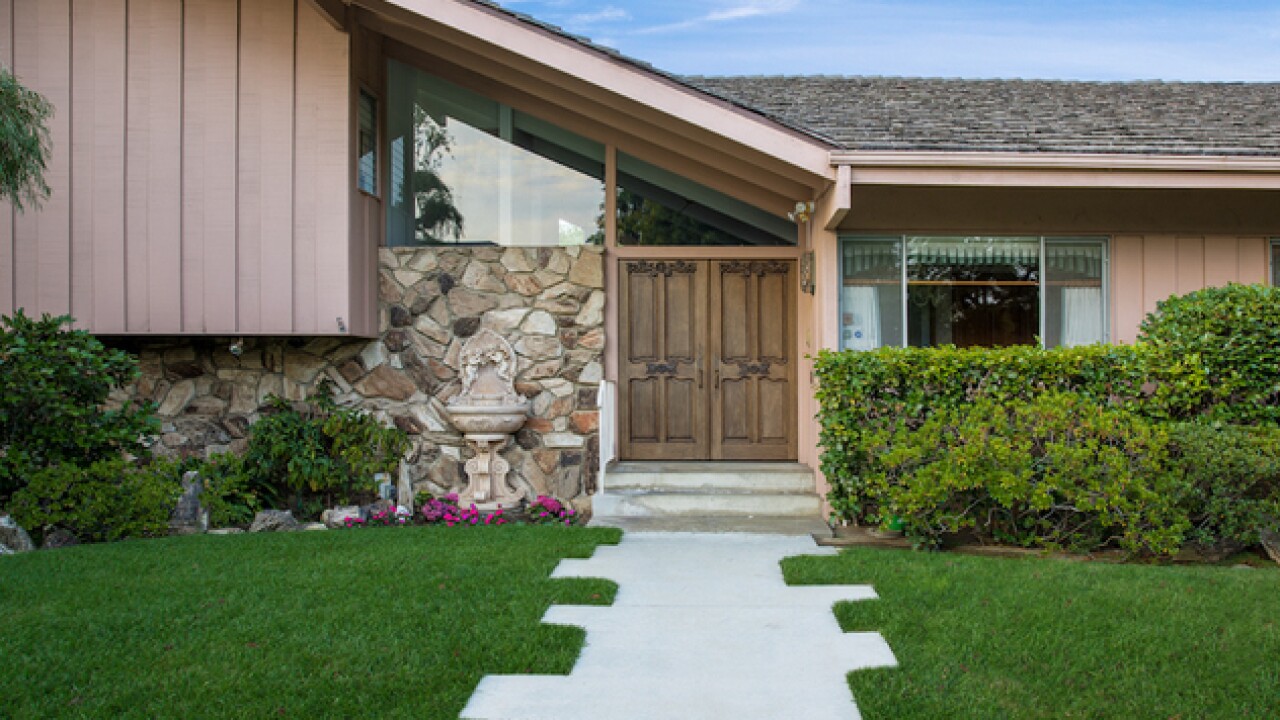 Anthony Barcelo/Douglas Elliman Real Estate
<p>The exterior of "The Brady Bunch" house, which is located in Studio City, California and went on the market in July 2018.</p>

In this case, it's what's on the outside that matters.

A home depicted on the popular television show "The Brady Bunch" is up for sale after having the same owner for decades. It was the home's exterior that was seen on the show; scenes inside a home on "The Brady Bunch" were filmed inside a studio.

The owners say about 30-50 people drive by or stop at the home to see it and take photos every day. They want the person who purchases it to keep it intact and continue the memories for fans of the show.

The home is on the market for $1.885 million, according to Douglas Elliman Real Estate, which is working to show the home to legit buyers and weed out those who just want to see the home for its nostalgia.

Click here to see photos of the exterior and interior of "The Brady Bunch" home in Studio City, California.