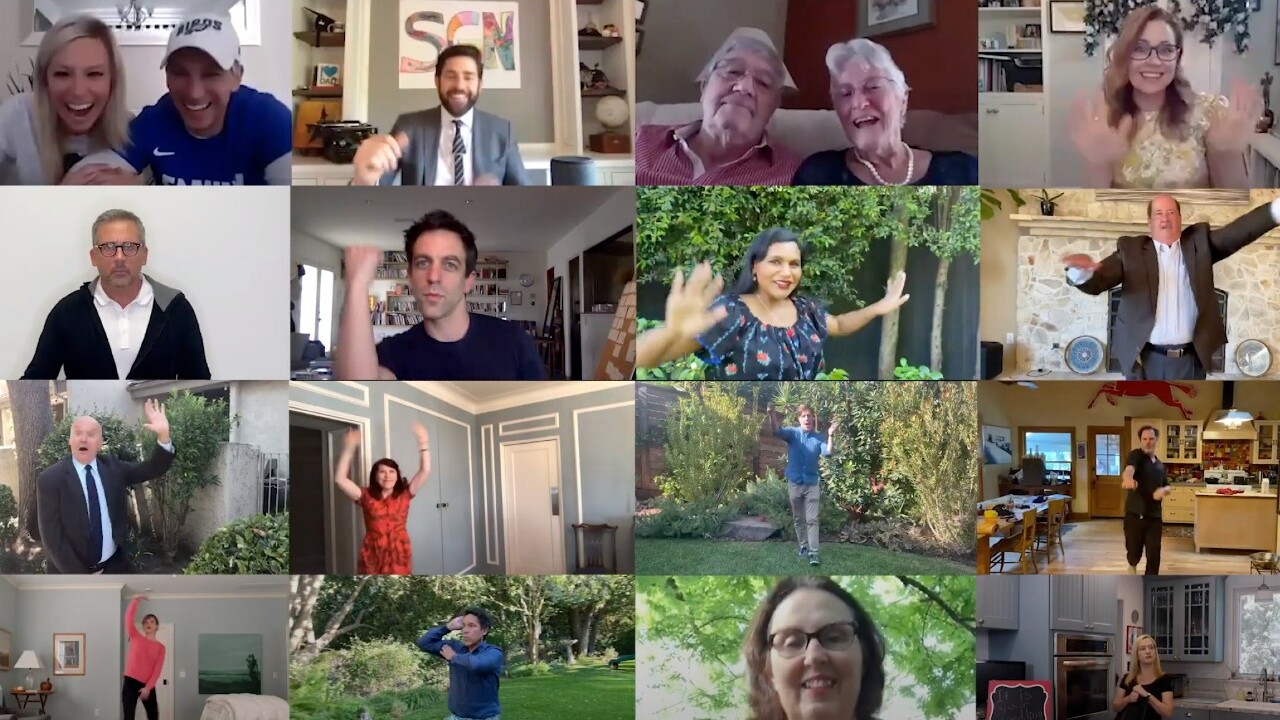 The cast of “The Office” reunited for a special wedding held over Zoom.

The ceremony was part of John Krasinski’s new YouTube show, “Some Good News,” which he started to spread some joy during the coronavirus pandemic. The episode released Sunday was dedicated to the couples who haven’t let COVID-19 stop them from getting married.

After a montage of couples exchanging vows in quarantine, Krasinski said his “favorite love story of the week” involved a Maryland couple whose proposal was “oddly familiar.”

The couple, John and Susan, got engaged at a gas station, just like Jim and Pam did on the long-running NBC comedy. Susan said John got down on one knee and said, “Just like Jim, I can’t wait any longer.”

“’The Office’ has been something that has connected the two of us for a very, very long time, so it felt right,” said John.

The couple reached out to Krasinski on Twitter to ask if he could attend their eventual wedding and on the YouTube show, the actor said he could attend, but only if they did it right then.

After getting ordained as a minister online, Krasinski presided over the couple’s wedding over Zoom and invited their love ones to witness the nuptials. The actor then took things to the next level and invited some celebrity guests to take part.

While Krasinski stood in as best man, his co-star Jenna Fischer called in to be the bride’s maid of honor. Then, Zac Brown appeared to sing a song that Susan could “walk down the aisle” to.

Once the couple said, “I do,” Krasinski invited the rest of the cast of “The Office” to celebrate the newlyweds by recreating the show's iconic wedding dance set to Chris Brown’s song “Forever.”