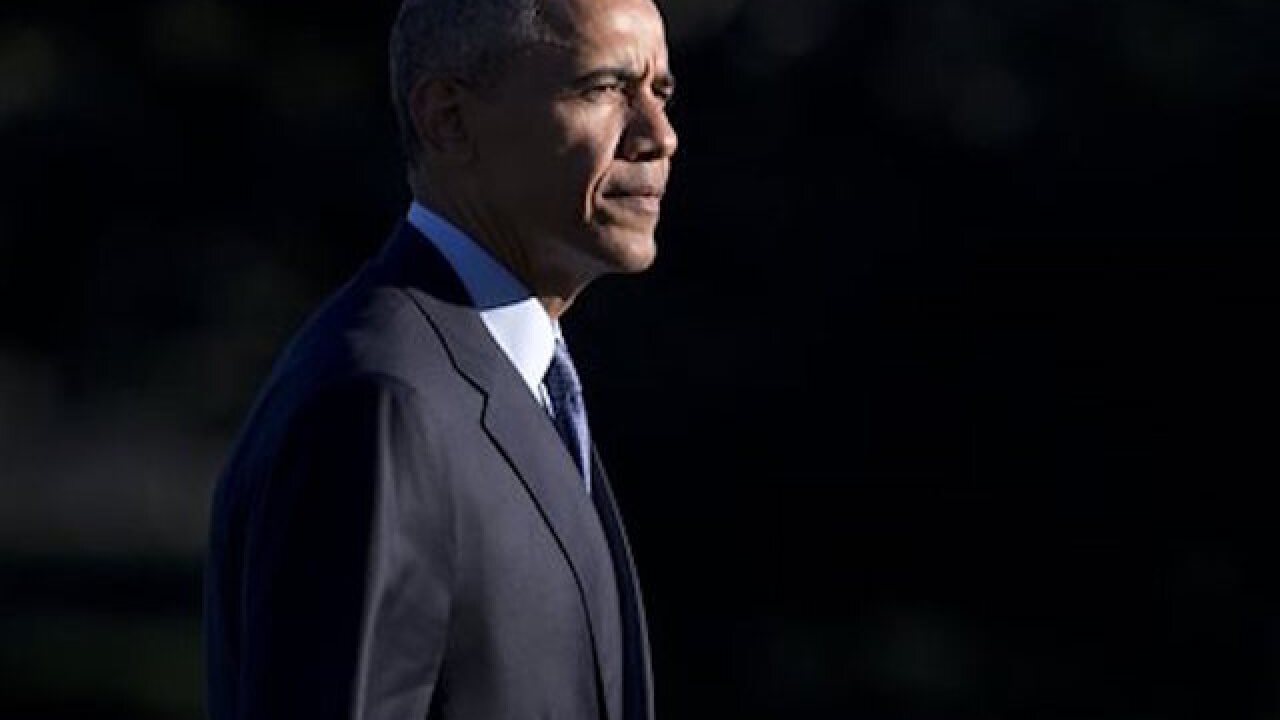 Copyright Associated Press
Carolyn Kaster
<p>President Barack Obama walks across the South Lawn of the White House from Marine One, Tuesday, March 29, 2016, in Washington, as he returns from Atlanta where he participated in a discussion at the National Rx Drug Abuse & Heroin Summit. (AP Photo/Carolyn Kaster)</p>

WASHINGTON (AP) — The Obama administration is unveiling rules that will require that brokers who recommend investments for retirement savers meet the stricter standard that now applies to investment advisers: They must act as "fiduciaries" — trustees legally obligated to put their clients' best interests above all.

The action, in rules issued Wednesday by the Labor Department, could shake up how billions of dollars in Americans' retirement investments are handled by brokers. The government action will put brokers — who sell stocks, bonds, annuities and other investments — under the stricter requirements that now apply to registered financial advisers.

The new rules were the target of heated lobbying campaigns mounted by both the financial industry and consumer advocates.

"This is a huge win for the middle class," Labor Secretary Thomas Perez said Tuesday in a conference call with reporters. "We are putting in place a fundamental principle of consumer protection."

The rules will be phased in starting a year from now. Full compliance will be required by January 2018.

The change could alter the types of investments a broker recommends for your retirement account. Their advice could move away from riskier investments. And a broker may have to tell you when they have a conflict of interest with regard to a financial product — like receiving fees — that could prevent them from putting your interest first in recommending it.

Americans increasingly seek financial advice to help them navigate an array of options for retirement, college savings and more. A lot of professionals provide investment advice, but not all of them are required to disclose potential conflicts of interest.

The management of hundreds of billions in retirement accounts like 401(k)s and Individual Retirement Accounts could be affected. About $4.5 trillion sat in 401(k) retirement accounts as of last Sept. 30, plus $2 trillion in other defined-contribution plans such as federal employees' plans and $7.3 trillion in IRAs, according to the Investment Company Institute, an industry group.

Critics of the current system of retirement advice say investors lose billions of dollars a year because of brokers' conflicts of interest. The White House estimates the loss at $17 billion annually.

The financial industry maintains the new requirements for brokers will likely reduce investors' choices of financial products and could cause brokers to abandon retirement savers with smaller accounts. Perez said that in drafting the final rules, his department took note of many of the industry's concerns and made revisions to accommodate them.

A strict fiduciary rule might have helped a number of investors who saw their retirement savings melt away.

Susan Bernardo says her broker put her in energy and real estate partnerships without telling her about the risks or the fat 5 percent commission that brokers typically earn on such deals. The portfolio, once worth $400,000, has plunged to half that. A widow and single mom from Wantagh, New York, she's also angry that he took money set aside for her then-3-year-old son and put it in variable annuities that she can't touch until turning 59 ½, at least without paying steep penalties.

"Unfortunately, it's a little late for me," said Bernardo of the new rules. "A lot of people have been hurt."

There have been numerous cases in recent years of abuses by brokers of their customers. In 2012, David Lerner Associates was fined $12 million by regulators for putting unsophisticated and elderly investors into risky real estate investment trusts. Last year, UBS paid $15 million to settle charges that it failed to supervise a former broker who had put investors into risky Puerto Rican funds. Both companies neither admitted nor denied wrongdoing.