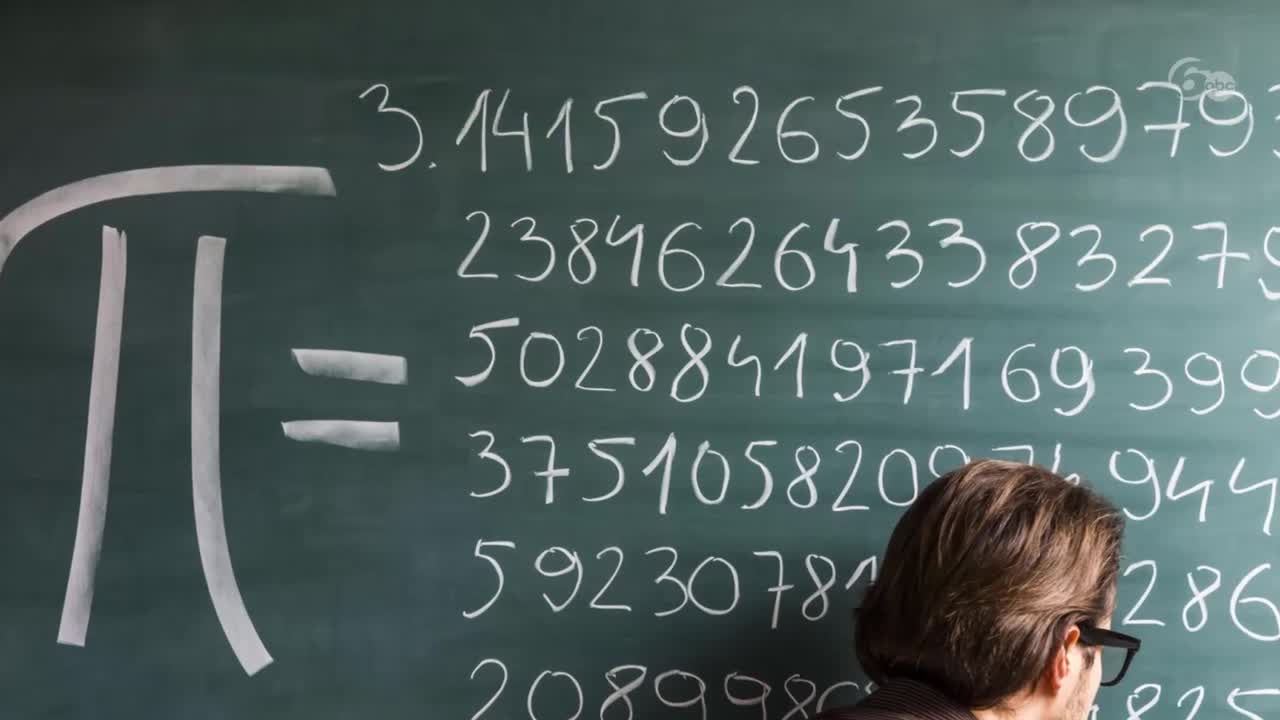 In honor of Pi Day on March 14, here are 10 facts about the essential math constant.
1. Because pi is an infinite number, every single digit will never be determined. Pi has currently been calculated to 22,459,257,718,361 digits.
2. Pi has it’s own writing style called Pilish. The number of letters in successive word are chosen to match the number sequence found in pi.
3. Pi can be hand-calculated fairly easy by creating a circle with a protractor and measuring its diameter with a ruler.
4. Pi was discovered by ancient Babylonians nearly 4,000 years ago.
5. Physicist Larry Shaw, the "Prince of Pi," launched the first pi celebration in 1988 at a San Francisco science museum.
6. Some people believe that tau, which is pi multiplied by two, is a more intuitive irrational number.
7. Albert Einstein was born on March 14, 1879 and Stephen Hawking died on March 14, 2018.
8. The symbol for pi is the Greek letter π . It is the first letter of the Greek words for “periphery” and “perimeter.”
9. Because the exact number of pi can never be calculated, we will never be able to find the exact circumference or area of a circle.
10. The record for most digits of pi memorized is held by Rajveer Meena of India. He recited 70,000 decimal places of pi in 2015.