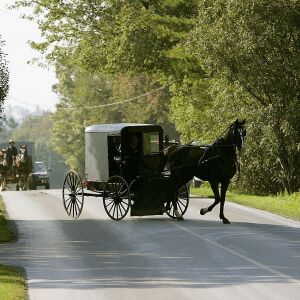 MICHIGAN — An Indiana man who hit an Amish horse-drawn carriage in southern Michigan killing three children told police he was drunk at the time of the crash.

Two children, ages 6 and 2 years old, died at the scene of the crash between a pickup truck and an Amish buggy in Algansee Township at Michigan's southern border. A 4-year-old later died at a hospital.

Court documents from the Branch County District Court stated that Frye told police that he drank six beers that day before the crash and he couldn’t stop as he was passing over a hill before hitting the buggy.

He also refused a sobriety test at the scene telling offiers, "What's the point? I have had too many," according to those court documents.

Police say all seven people in the carriage, including two adults and five children, were ejected in the crash. One child and a woman remain hospitalized with serious injuries.