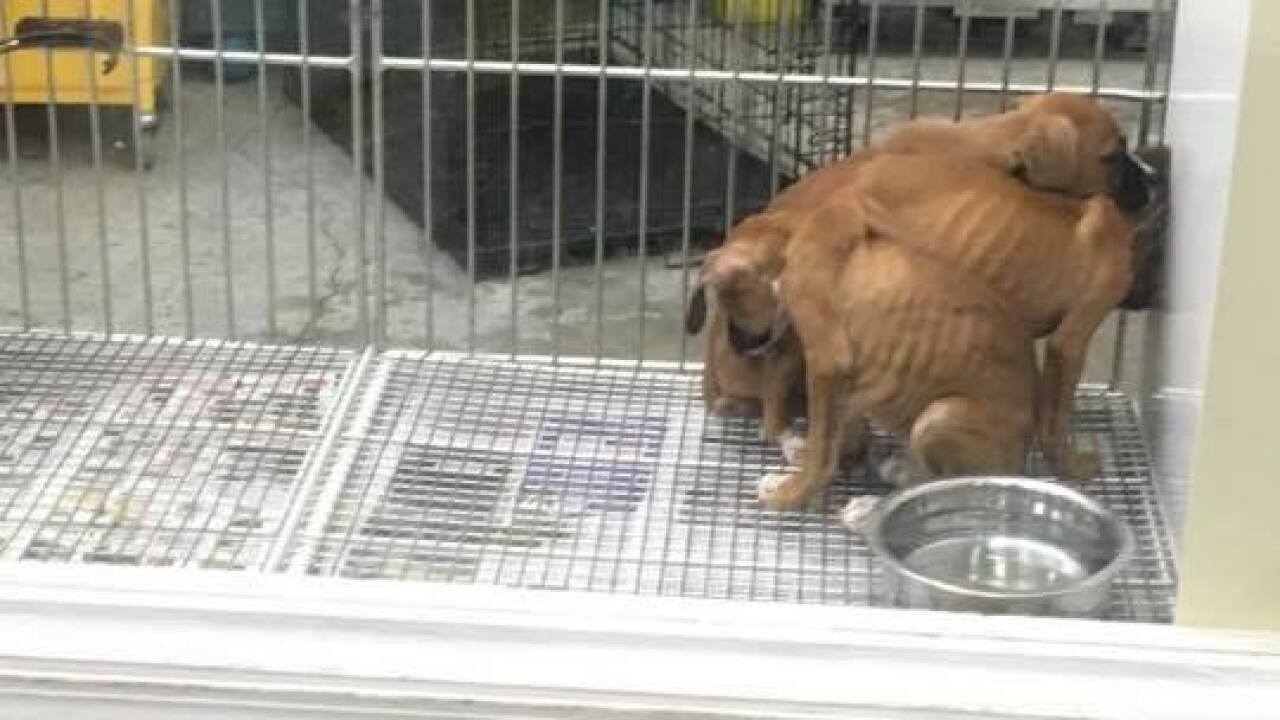 KENTUCKY — Lexington animal rights activists are planning a protest at a Lexington pet store after a photo circulating on social media appeared to show a severely underweight litter of puppies in a cage without food or water.

RTV6's sister station in Lexington, Kentucky, LEX 18, was sent the photo which was taken at Most Valuable Pets. Both the store and Animal Control officers were flooded with phone calls. Finally, officers with the Lexington-Fayette Animal Care and Control were dispatched to investigate. They noted the puppies were on the lower end of the acceptable weight rage, but found the store to be in compliance.

LFACC told LEX 18 that they had been called to the store at least nine times since May 2019.

"In light of recent accusations of neglect of a litter of puppies at our store we would like clarify a few facts. Firstly we closely monitor all animals in the store daily, throughout the day and have an on call veterinarian who checks all of our animals regularly. Secondly, while the boxers in the photo were on the low end of the healthy weight range, they are not out of acceptable range for a healthy animal and we had already taken to steps to increase their daily caloric intake to put them more mid level in that weight range for animals of their age. This was done before any photos of the litter were circulated.

Thirdly, animal control has inspected us as of Monday and found us to be in complete compliance with all animal welfare standards," wrote a page moderator of Most Valuable Pets.

Despite the denials and lack of charges, animal lovers around Lexington have staged a protest at the store this Saturday.