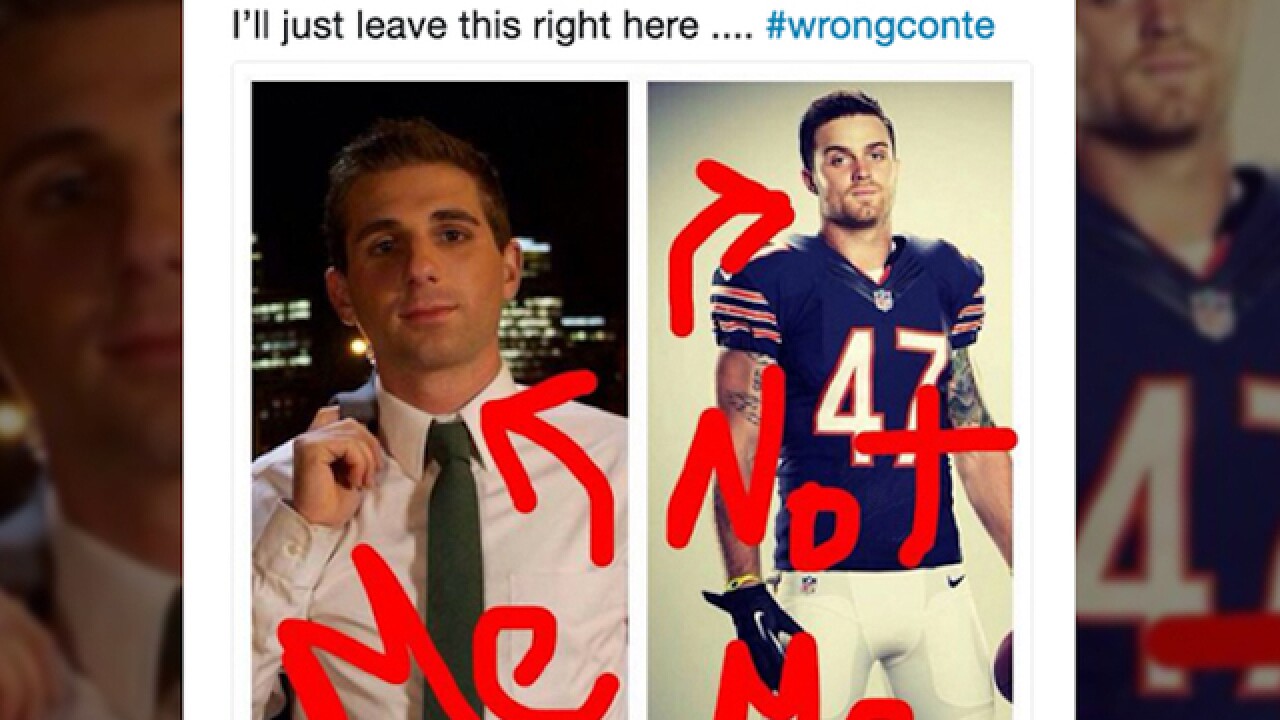 Against the Steelers, Conte got stiff-armed, as CBS Sports put it, "into an entirely different dimension." The play went viral almost immediately, getting the attention of reporter Chris Conte with Scripps station WTVF in Nashville.

This isn't the first time that football fans have confused reporter Chris Conte with the NFL player Chris Conte.

Here's how it played out in real time:

I kind of missed these tweets. Friendly reminder, I do NOT play football. #wrongconte pic.twitter.com/4JWdcfjyHp

Also .. football player Chris Conte blocked me on Twitter .. kinda like that stiff arm he got tonight pic.twitter.com/MZTheLKaC7