Check your kitchen for these recalled foods 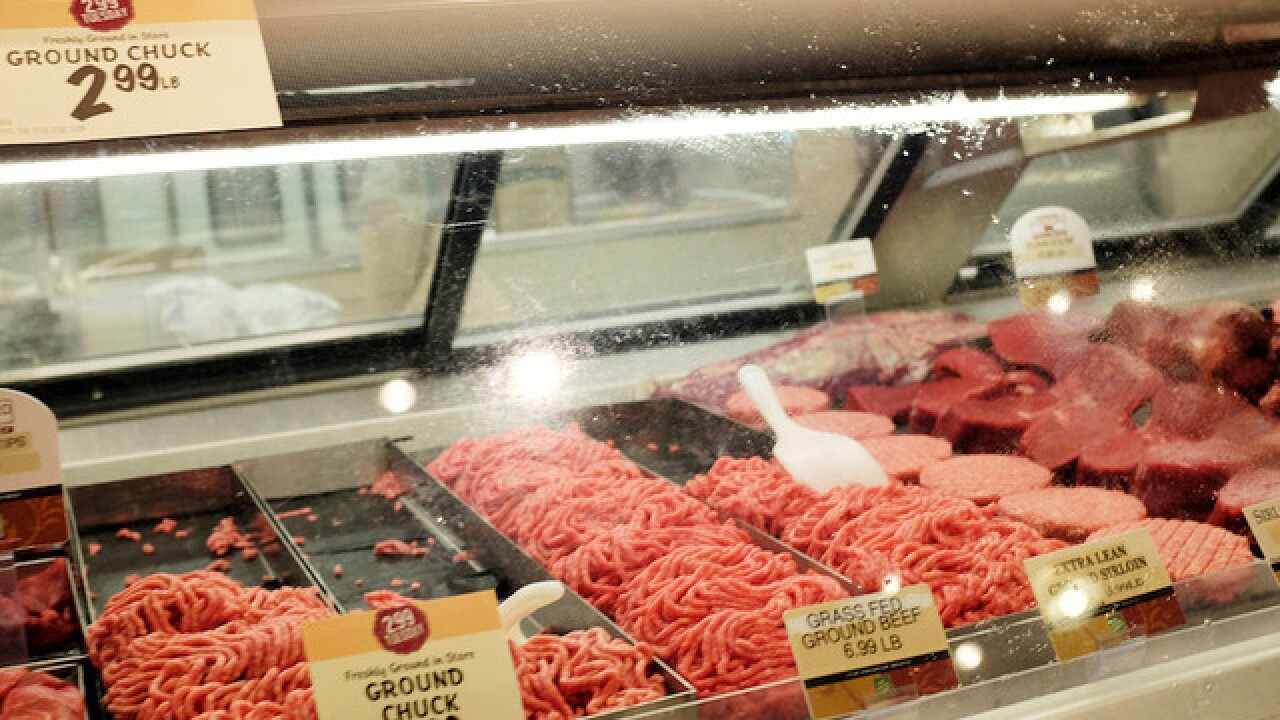 Copyright Getty Images
Joe Raedle
<p>Meat is displayed in a case at a grocery store July 8, 2014 in Miami, Florida. </p>

Be careful what you eat. A variety of foods, including curry powder, meats and poultry, have been recalled recently due to confirmed or possible contamination.

Curry powder may have an unwanted 'kick'

UBC Food Distributors Inc. voluntarily recalled 7-ounce plastic containers of Baraka brand hot curry powder (UPC Code 822514265566) and curry powder (UPC Code 822514265535), according to the US Food and Drug Administration. This recall is due to a high level of lead found in these products by the Michigan Department of Agriculture & Rural Development.

Cases of these products were shipped to Michigan, Minnesota, Illinois, Indiana, Ohio, Missouri and Colorado between June 15 and July 31.

Sirob Imports, Inc has also recalled 8-ounce and 16-ounce plastic containers of curry powder branded as Corrado, Orlando Imports, Nouri's Syrian Bakery, Mediterranean Specialty Foods and Butera Fruit Market due to elevated levels of lead, according to the FDA. These products were distributed to Illinois, New Jersey and New York.

Eating these lead-contaminated products may elevate blood lead levels, the FDA explained. A toxic substance, lead is present in our environment in small amounts. In general, the small exposure to lead within the U.S. population does not pose a significant public health concern, according to the FDA.

However, large amounts of ingested lead can cause poisoning with symptoms of abdominal pain, vomiting, lethargy, weakness, behavior or mood changes, delirium, seizures and coma, the government agency noted. Children and infants are especially vulnerable to lead poisoning, which can cause learning disabilities, developmental delays and lower IQ scores.

No safe level of lead ingestion has been identified for children, according to the US Centers for Disease Control and Prevention, which lists 5 micrograms of lead per deciliter of blood as the danger point for a child.

Sixty-three additional cases of salmonella have been identified in an ongoing, multistate outbreak linked to raw beef products, the CDC reported Tuesday.

This brings the total number of people who have fallen ill to 120 in 22 states since August.

While no deaths have been reported, 33 people sickened in this outbreak have been hospitalized, according to the CDC.

Those who are sick began experiencing symptoms between August 5 and September 28.

Symptoms of salmonella usually begin within 12 to 72 hours of consuming contaminated food. Symptoms can include diarrhea, abdominal cramps and fever that last between four and seven days. Most people recover on their own, but those who experience persistent diarrhea may need to be hospitalized.

Chicken can cause sickness -- preparation is key

A total of 92 people in 29 states have been infected with an outbreak strain of salmonella infantis linked to chicken products, the CDC reported last week. While no deaths have occurred, 21 people have been hospitalized.

The outbreak strain is a type of salmonella commonly found in chickens and swine, and it can cause symptoms of diarrhea, abdominal cramps and fever. Antibiotic resistance testing on bacteria isolated from ill people shows that the outbreak strain is resistant to multiple antibiotics. This means that anyone who develops a serious salmonella infection might be more difficult to treat with standard medicines.

Because salmonella infections can spread from one person to another, the CDC recommends washing hands before and after preparing or eating food, after contact with animals, and after using the restroom or changing diapers. To kill harmful germs, raw chicken should be cooked thoroughly to an internal temperature of 165 degrees Fahrenheit while leftovers should be reheated toteh same temperature, according to the CDC.

Bakkavor Foods USA Inc. recalled about 795,261 pounds of ready-to-eat meat and poultry products containing an onion ingredient that may be contaminated with salmonella and listeria monocytogenes, the US Department of Agriculture's Food Safety and Inspection Service announced Sunday.

No sickness has been reported, the USDA said.

Another of the ready-to-eat meat and poultry items is 10-ounce butcher-paper wrapped packages of Trader Joe's Carnitas with Salsa Verde.

Listeriosis can cause a variety of symptoms, depending on the person, including fever and diarrhea similar to other foodborne germs.