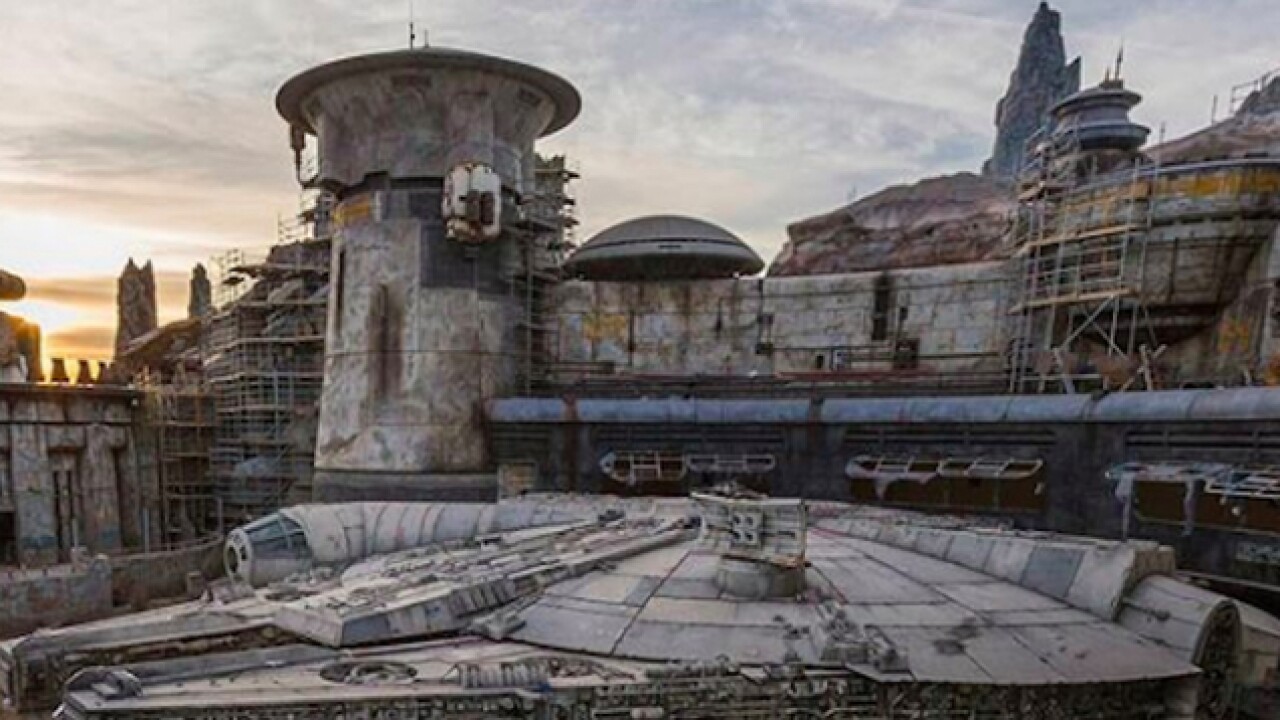 "Star Wars" fans are getting a first look at a galaxy far, far away at Disneyland.

The park posted a photo of the famed Millennium Falcon on Instagram, the first official unveiling of the famed space vessel at the park's "Star Wars: Galaxy's Edge" expansion. The land will feature the "Millennium Falcon: Smuggler Run" ride, which places guests into the drivers seat in unique crew roles.

The second attraction revealed thrusts guests into the middle of an "epic battle" between the Resistance and The First Order on "Star Wars: Rise of the Resistance."

Disneyland hopes to make guests feel as though they themselves are in the middle of the entire "Star Wars" universe with the themed land and rides.