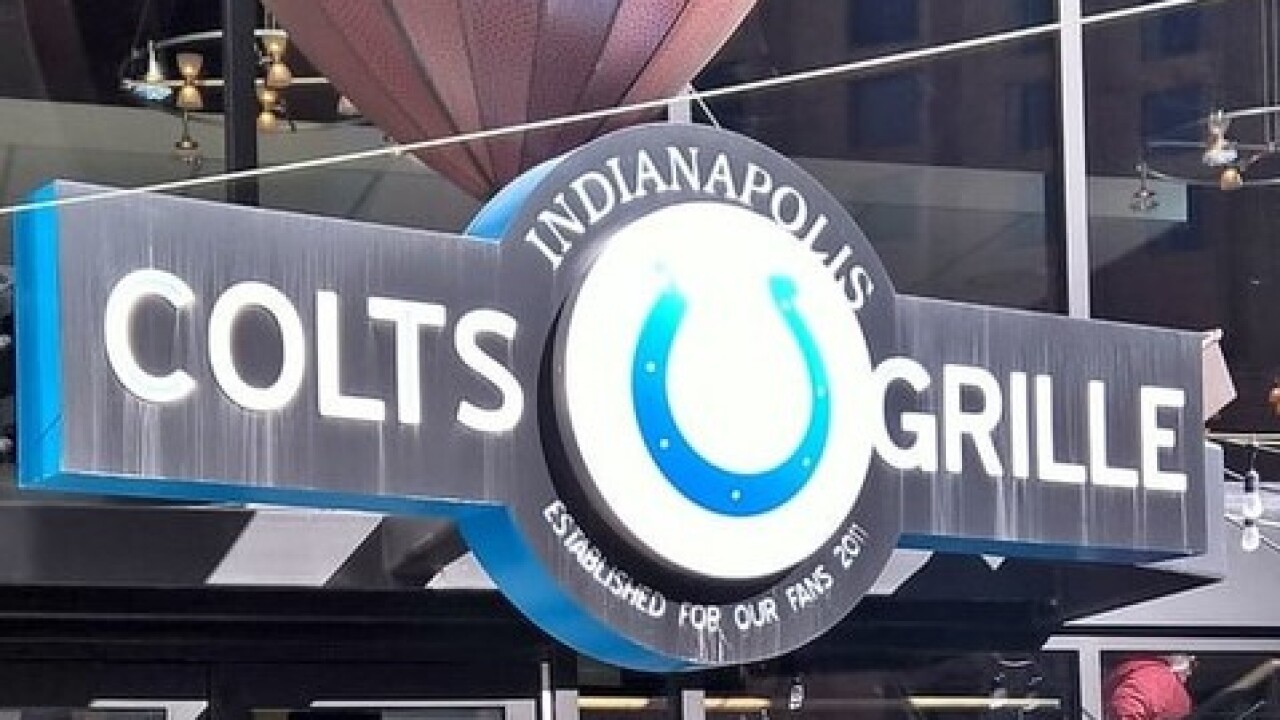 Copyright 2017 Scripps Media, Inc. All rights reserved. This material may not be published, broadcast, rewritten, or redistributed.
<p>Indianapolis Colts Grille</p>

INDIANAPOLIS -- The Indianapolis Colts Grille is closing its downtown location.

An employee that answered the phone at the location on Monday said the restaurant will shut down for good, and a source who owns a downtown business told RTV6 the eatery is set to close its doors for the final time on Wednesday.

The employee at the restaurant was unable to provide details as to why it was closing. The restaurant had been open in its downtown location since 2011.

The Colts Grille, located on the ground floor of the Circle Center Mall on Washington Street, was known for its NFL memorabilia and sports atmosphere. It had a 3 1/2 star rating on Yelp.

The restaurant served bar-style food, with notable burgers, multiple beer taps and cocktail specials. It was often crowded before Colts home games and for other major sporting events.

The closure is just the latest for the troubled area around the Circle Center Mall, which has seen its fair share of stores closing in the last few years.