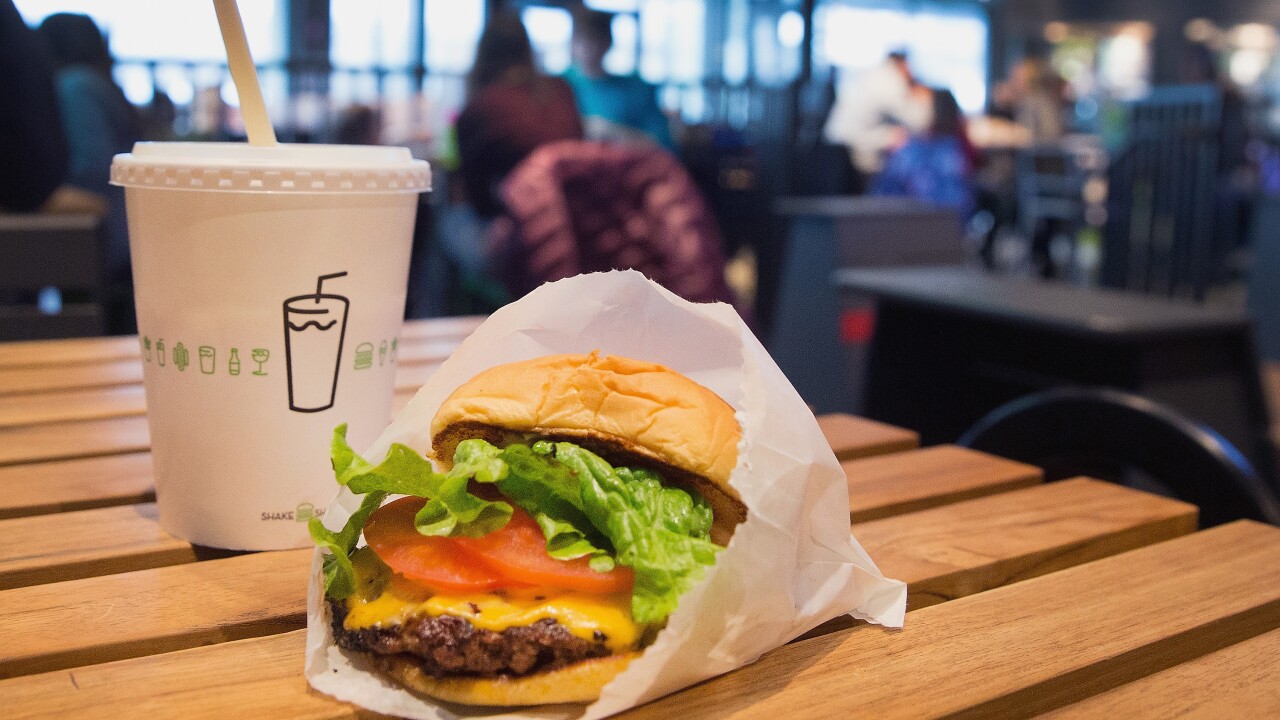 Scott Olson/Getty Images
CHICAGO, IL - JANUARY 28: In this photo illustration a cheeseburger and drink is served up at a Shake Shack restaurant on January 28, 2015 in Chicago, Illinois. The burger chain, with currently has 63 locations, is expected to go public this week with an IPO priced between $17 to $19 a share. The company will trade on the New York Stock Exchange under the ticker symbol SHAK. (Photo Illustration by Scott Olson/Getty Images)

The decision was officially made Friday morning by the Indianapolis Airport Authority board, but it’s been in the works for a while.

But it comes with some news that may leave some hungry Hoosiers disappointed – the Shake Shack will be past security at the Indianapolis airport, meaning you have to have a ticket to fly to try the restaurant.

Marsha Stone, the senior director of commercial enterprise, sees it as an incentive to travel from Indianapolis.

“We have so many new airlines, new flights … what a great time to buy a ticket and fly and try Shake Shack,” she said.

The exact menu has yet to be determined, but it will be in Concourse B.

“The attraction of the first Shake Shack to the State of Indiana is representative of the caliber of this airport and what we represent,” Stone said.

Some current restaurants at the airport chose not to put in a bid to continue operations, while others did, so the new locations will be mixed with current options.

There are three operators responsible for hiring for the new locations.

“Certainly there’s a lot of opportunity for Hoosiers to find jobs as part of this program expansion,” Stone said.

The construction will take place over the next three years.