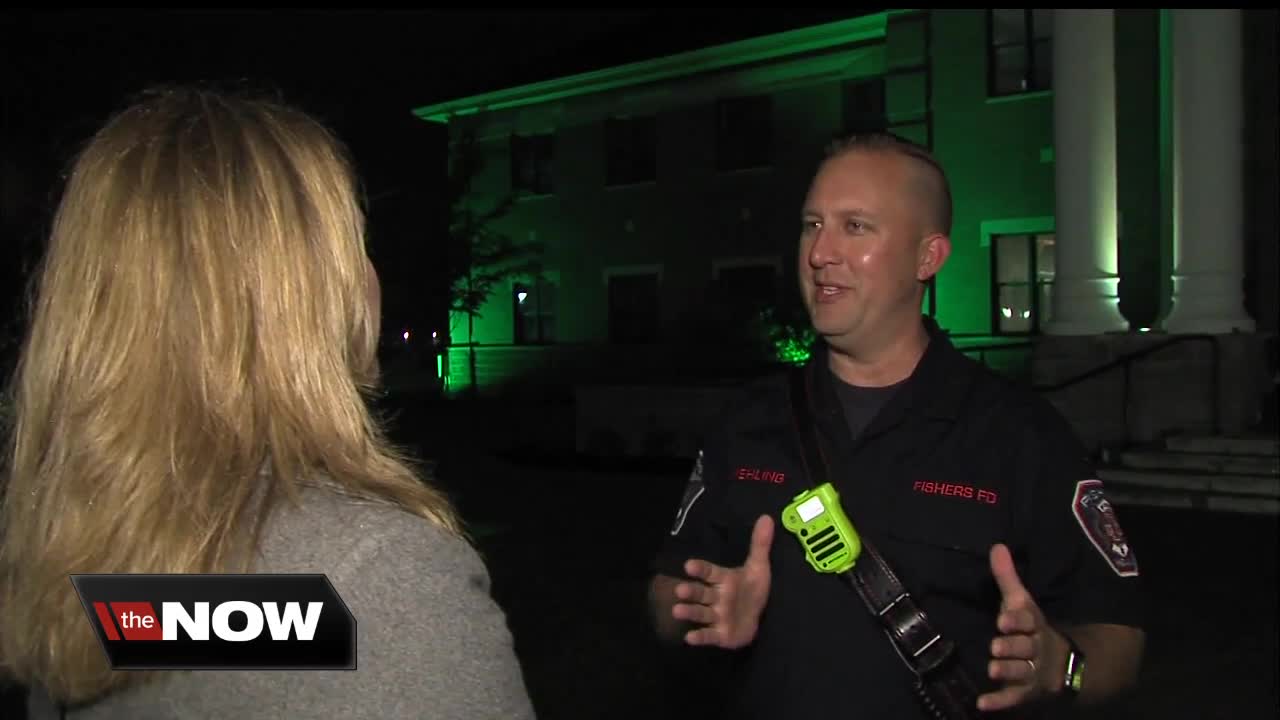 May is Mental Health Awareness Month and one central Indiana city is working to combat the stigma surrounding mental illness.

FISHERS — May is Mental Health Awareness month, and one central Indiana city is working to combat the stigma surrounding mental illness.

Fishers Fire Department has responded to 42 fires this year, and 164 behavioral health calls — the numbers paint a picture of a need in the community. A need the city is working to meet.

"I asked my police chief and fire chief what we were doing around the issues of mental health, and the resounding answer was 'nothing,'" Scott Fadness, the Mayor of Fishers, said.

However, since Mayor Fadness asked that question, the city has started a mental health initiative. The initiative is an effort to destigmatize mental illness and provide more resources in the community.

The initiative has triggered a positive change, like how first responders handle behavioral health calls.

"What we are able to do now is deescalate these situations," Lt. Josh Mehling, a paramedic with Fishers Fire Department, said. "Take these people directly to the services they need, instead of going to the emergency room."

Additionally, making sure to follow up with the patients 72 hours after the call.

Changes have also been implemented into the schools.

"Anytime we have a student either that expresses suicidal ideation to a friend or a teacher or goes to their counselor and says that they are feeling like they want to hurt themselves, we have a specific procedure," Brooke Lawson, Mental Health and School Counseling Coordinator at Hamilton Southeastern Schools, said.

There's also been an increase in students advocating for each other, working to eliminate the stigma surrounding mental health.

"So, because it's so prevalent and so widespread, I mean it's foolish not to talk about it," Sam Huston, a senior at Hamilton Southeastern High School, president of 'Bring Change to Mind,' said. "Something that impacts so many people should be discussed."

The success of the Fishers mental health initiative is something the city is sharing with other communities.

"This is not a uniquely Fishers thing, it's a United States thing but more succinctly Indiana struggles with this fairly significantly," Fadness said.

On Tuesday, the mental health task force will update the community on the outcomes and successes of the initiative over the past year. The meeting is open to the public and starts at 1:30 p.m. at the Fishers City Hall.