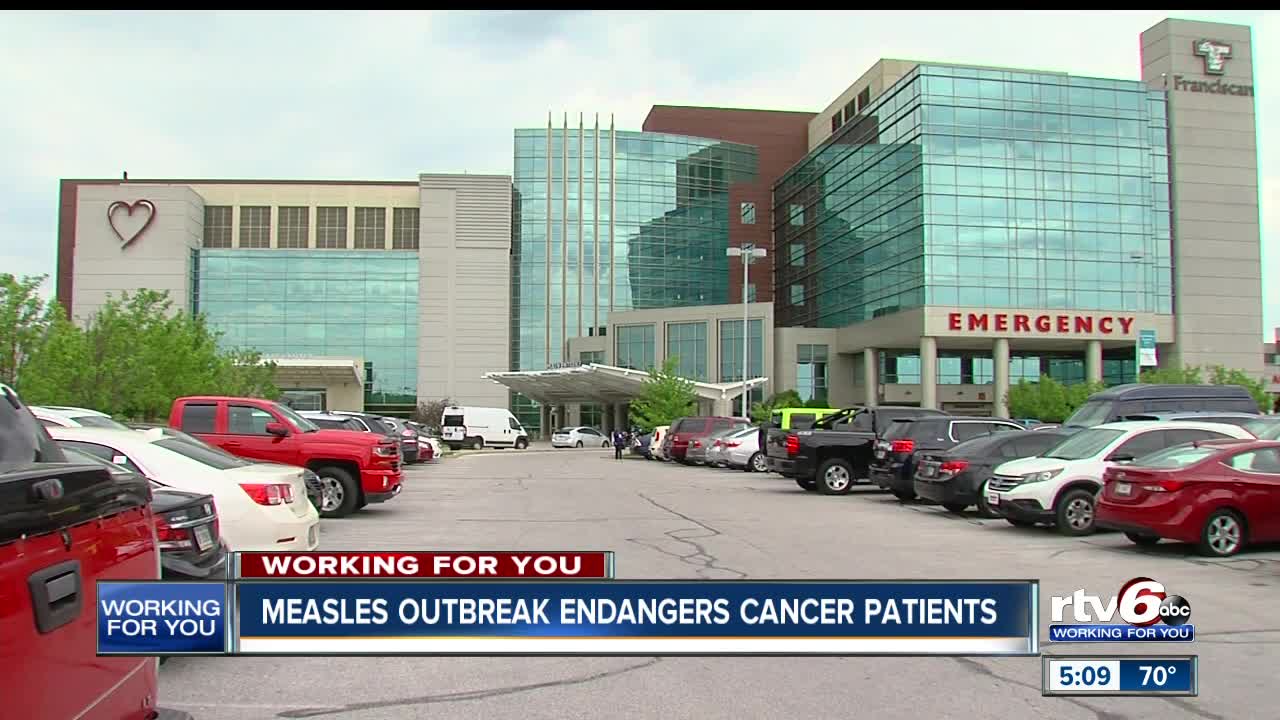 This year more than 1,000 cases of measles have been reported. The highest number since 1992.

INDIANAPOLIS — More than 1,000 cases of measles have been reported in the United States. That's the highest number since 1992.

The outbreak is dangerous to many, but especially for one group already fighting for their lives.

The fatality rate for measles in a healthy person is about one in every thousand patients. But for cancer patients, doctors say the infection and complication rate increases dramatically, so the fatality rate is much higher.

That's mainly because people receiving cancer treatments like chemotherapy have suppressed the immune system, making it harder for a patient to fight the virus.

Since the onset of the measles outbreak, doctors at Franciscan Health's Cancer Center are counseling their patients, recommending immediate family members get the MMR vaccine.

While the physicians are not telling patients to restrict their social lives, they are advising they use caution in their day-to-day routines.

Oncologists say the measles outbreak is frustrating and has forced them to shift their primary focus of curing patients.

"Adding a risk of infection to a potentially curable patient is not something we need to be focused on right now, but unfortunately that is what our focus is," Dr. Meghana Raghavendra, an oncologist at Franciscan Health, said. "It is a shame to help patients get rid of their cancer but then succumb to an illness such as measles."

Locally, Franciscan Health has taken steps to protect patients by restricting visitors who have not been vaccinated against measles or are not immune to measles.

These people are not allowed to visit certain areas, including the oncology cancer center.

One confirmed case of measles was reported in Indiana earlier this year. Public health officials say the majority of people who have contracted measles across the country were unvaccinated and are continuing to urge people to check their vaccination status and get the MMR vaccine as soon as they can.