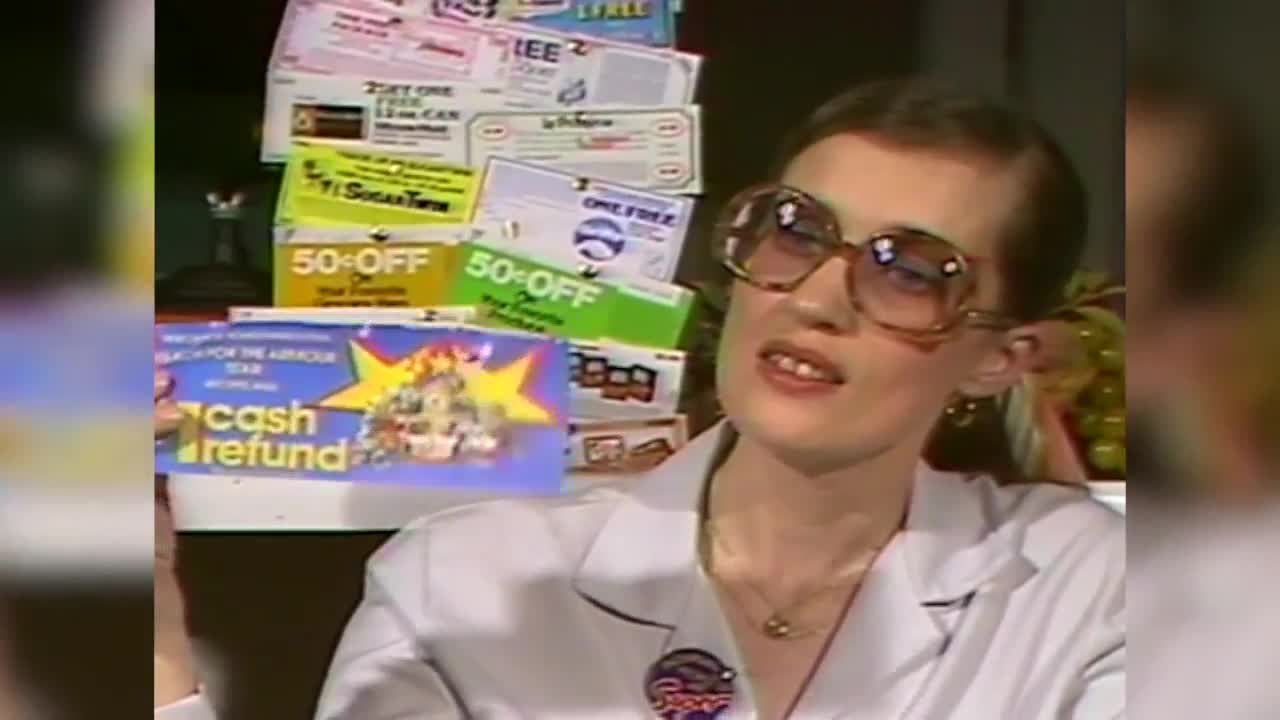 Channel 6 spoke with a group of women in May 1980 that didn’t mind the work. In fact, the group was proudly clipping their way to savings.

Debbie, Jean, Dottie and Faith were members of a shopper’s circle in Indianapolis. The group gathered once a week to swap store coupons, refund forms, box tops and labels. The women returned the collected items to various manufacturers to receive cash, merchandise or additional coupons. The practice was known as refunding.

“Refunding is cash from trash,” said Dottie Krause. “It is saving wrappers, box tops, labels, all of the things that other people would throw away, we save.”

Krause told former WRTV reporter Barbara Boyd that she saved 20 to 30% off her grocery bill just by using the store coupons. Refunding returned more than $100 a month in addition to free gifts and coupons, according to Krause.

“Once refunding is in your system, it’s there to stay,” said Jean.