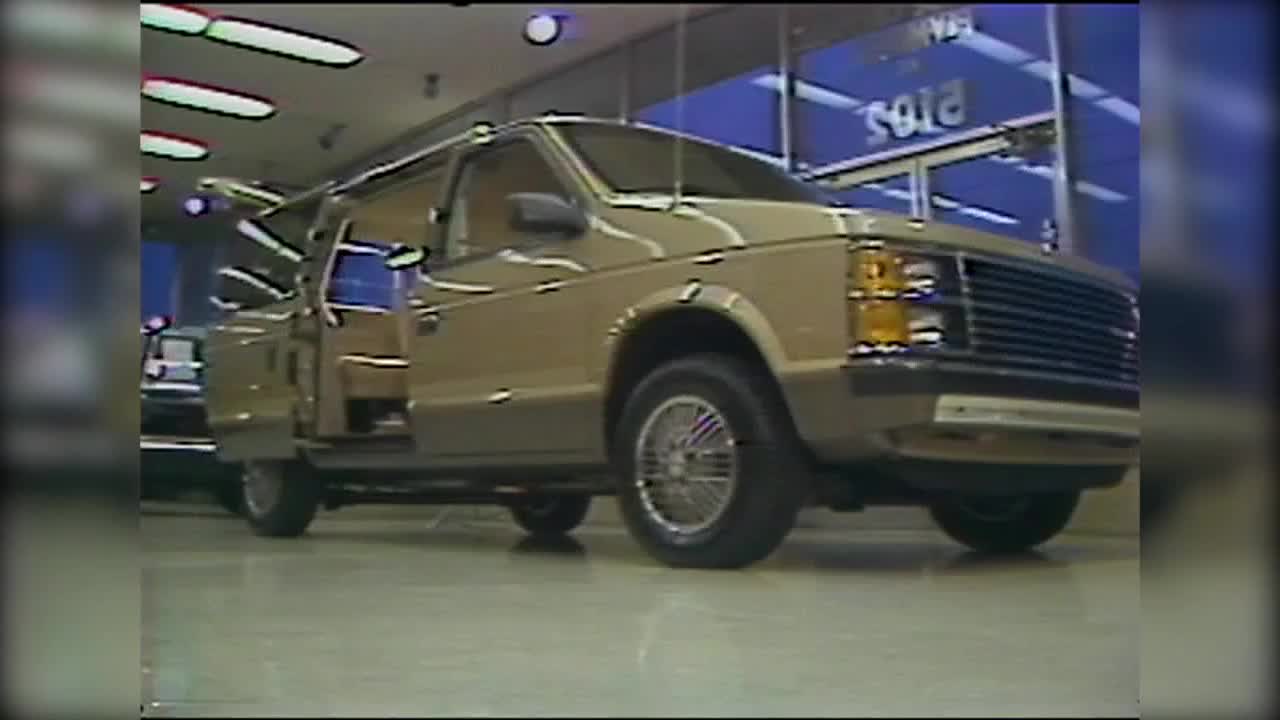 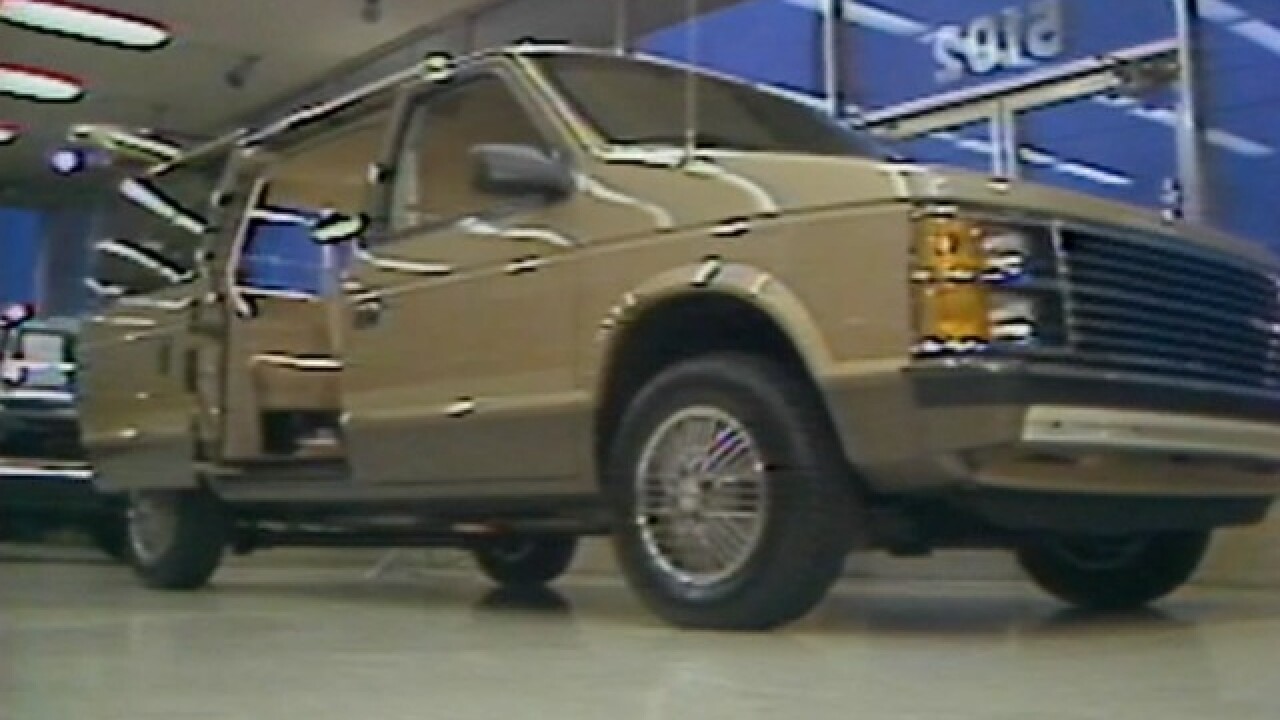 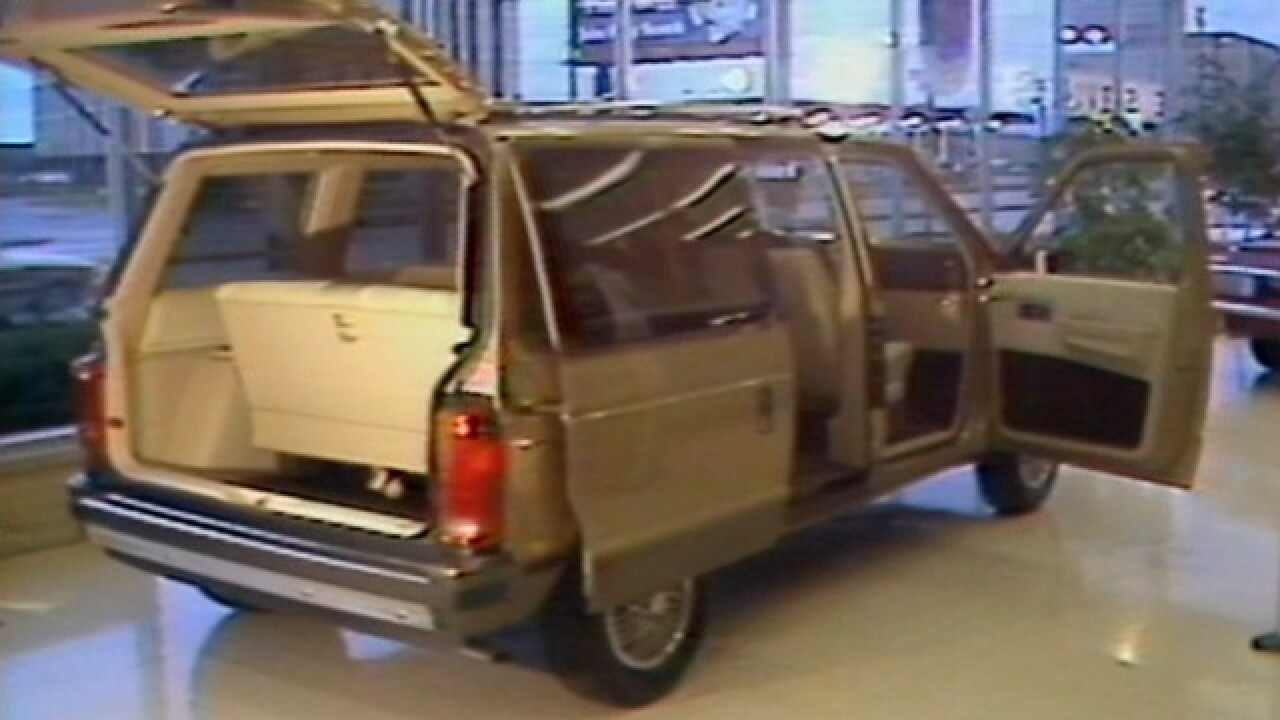 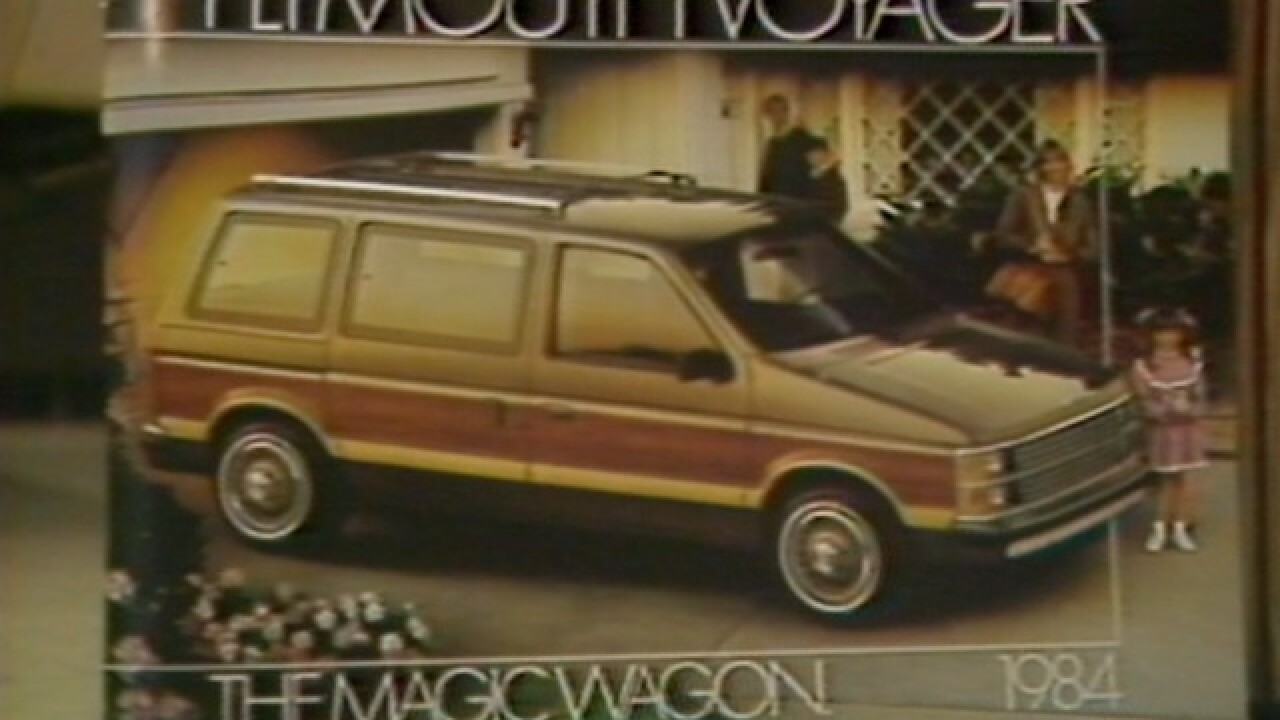 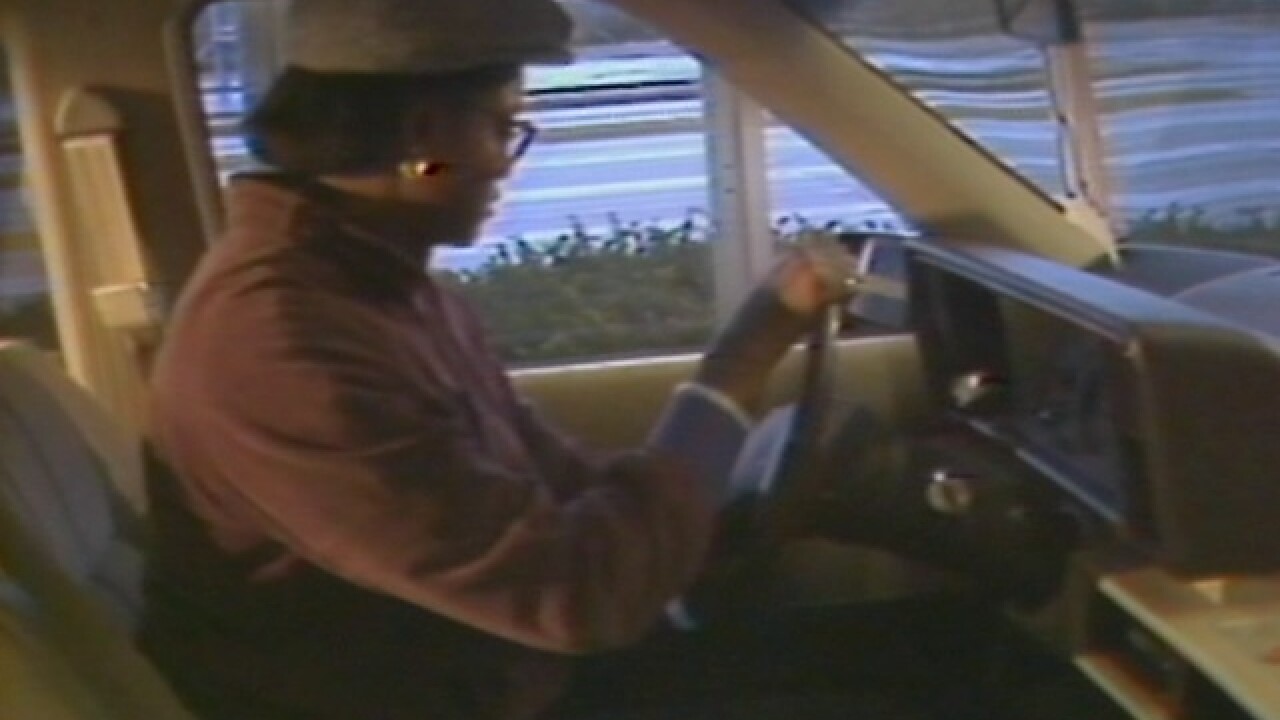 INDIANAPOLIS — If you grew up in the 1980s, chances are, at one time or another, you were hauled around in a minivan.

The first commercially successful minivan was launched by the Chrysler Corporation in late 1983.

The 1984 Plymouth Voyager and Dodge Caravan began rolling off the assembly line in Windsor, Ontario on Nov. 2, 1983.

Chrysler’s minivan was different from other vehicles on the road. It featured a boxy shape with a high roof line that allowed for easy entry and exit. And getting in and out of the Chrysler minivans couldn’t have been easier thanks to the revolutionary sliding rear door.