1984: Go inside the first museum dedicated to John Dillinger 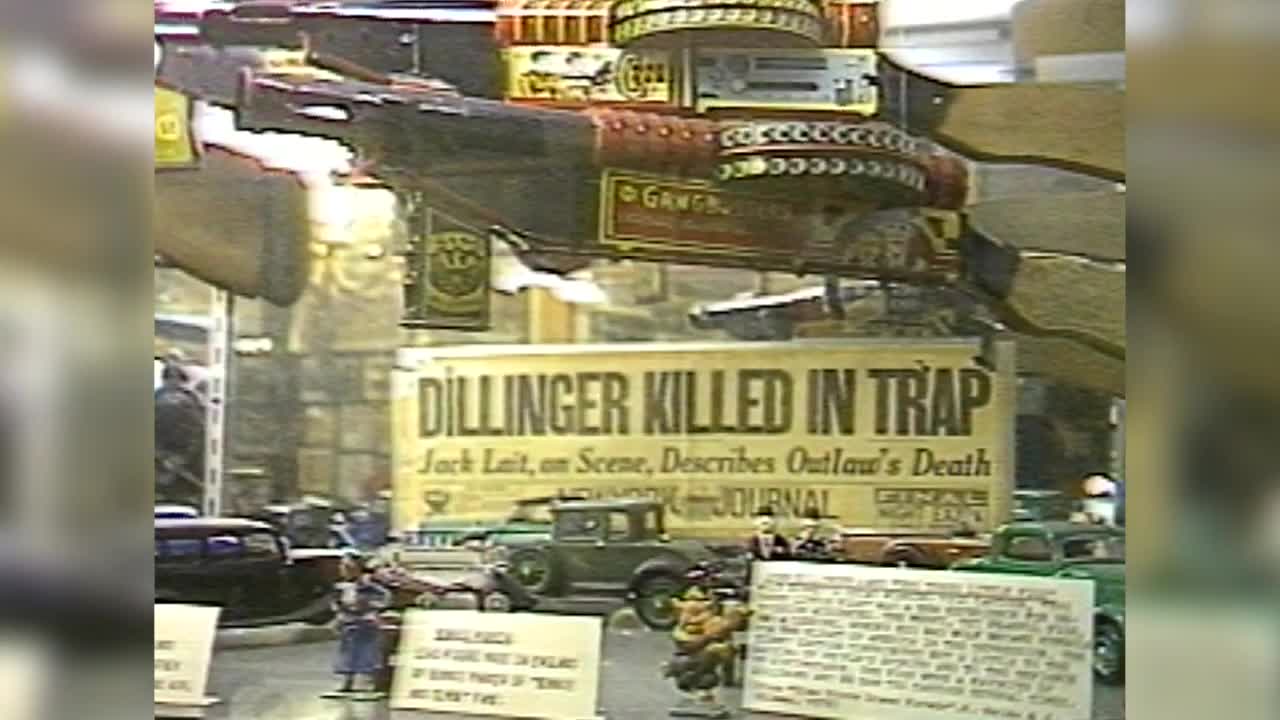 1984: Go inside the first museum dedicated to John Dillinger

NASHVILLE, IN — What began as a hobby eventually turned into a museum dedicated to preserving the history of one of Indiana’s most notorious criminals — John Dillinger.

The museum housed hundreds of photographs and newspaper clippings of Dillinger as well as life-sized wax figures of Dillinger. Also on display was a wooden gun Dillinger made to assist in his escape from prison. The museum even had the bloody pants Dillinger was wearing when federal agents shot him outside Biograph Theater in Chicago.

It operated in Nashville until 1997.

The contents of the museum were sold to the Lake County Convention and Visitors Bureau in 1998, and a 2,300-square-foot Dillinger-themed museum opened at the Hammond Indiana Lake County Visitors Center in Nov. 1999. A memorial to police killed in the line of duty was added to the museum.