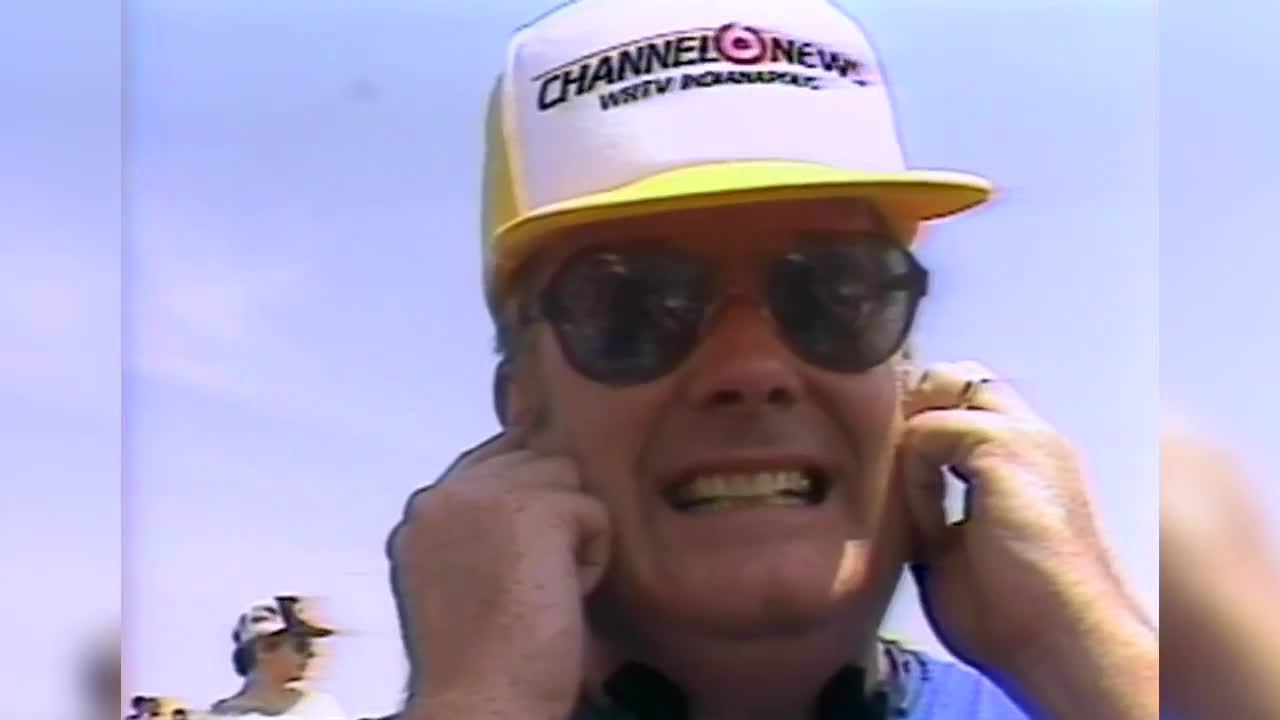 INDIANAPOLIS — The 103rd running of the Indianapolis 500 is just over a week away, and just about everyone at RTV6 will have some role in bringing you coverage of the Greatest Spectacle in Racing. Many Channel 6 employees are sent to the track during the entire month of May, and in 1985, Reid Duffy was assigned to cover his first Indianapolis 500.

Duffy donned sunglasses, a Channel 6 hat, and a blue 11th Row Society t-shirt, which honored the last row of drivers starting the 1985 Indy 500. He also had a cooler and, of course, his Sony Walkman.

After the checkered flag waved, Reid Duffy determined that attending the Indy 500 was hard work that required stamina, grit, patience, and a body that just won't quit.