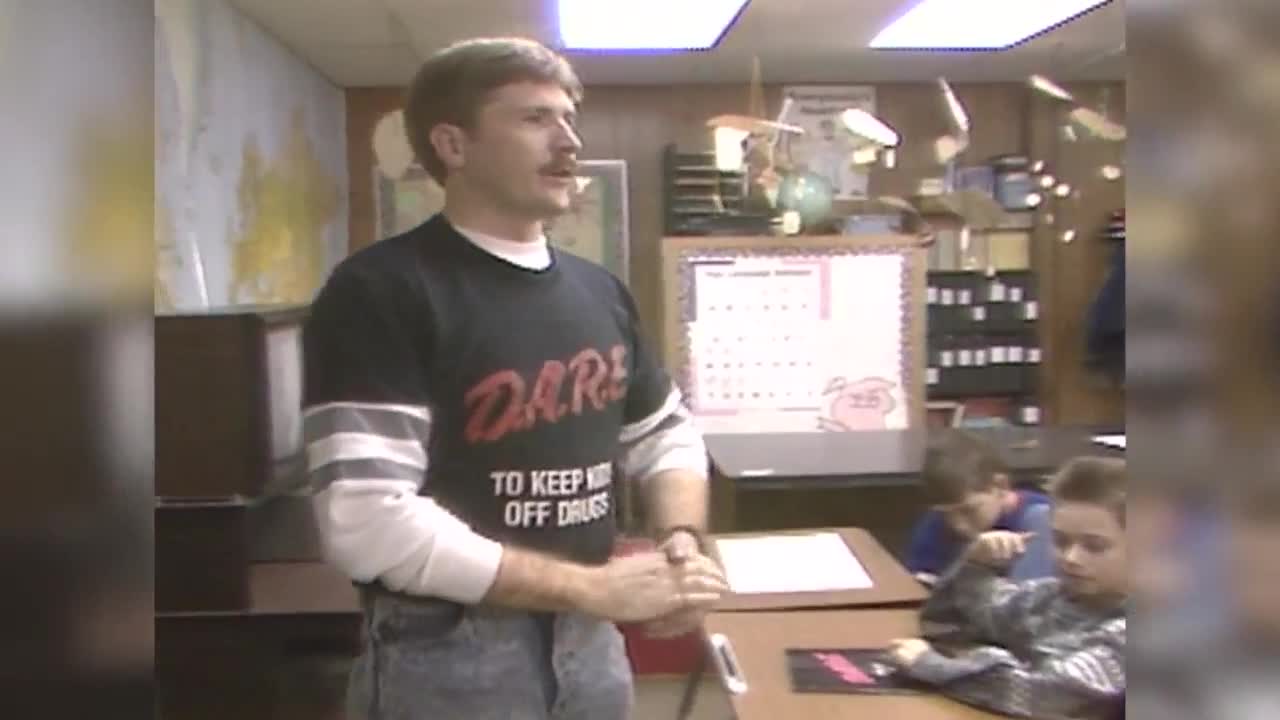 LAWRENCE — If you attended grade school during the '90s, there's a good chance you were introduced to the acronym D.A.R.E. or Drug Abuse Resistance Education.

The D.A.R.E. program was launched in Los Angeles in 1983 as a way to prevent drug and alcohol abuse in children and teens. The program made its way to Lawrence in early 1990.

Sergeant Brian Bulger of the Lawrence Police Department taught the semester-long class at elementary schools in the district. The course featured a combination of fun and facts.

"We want to emphasize that they don't have to take drugs, and there are ways to deal with offers of drugs without upsetting anybody or losing friends," said Bulger.

"I thought they were mean and all broad-chested and stuff, but they aren't. I think that they're just fun and everything," said one boy.