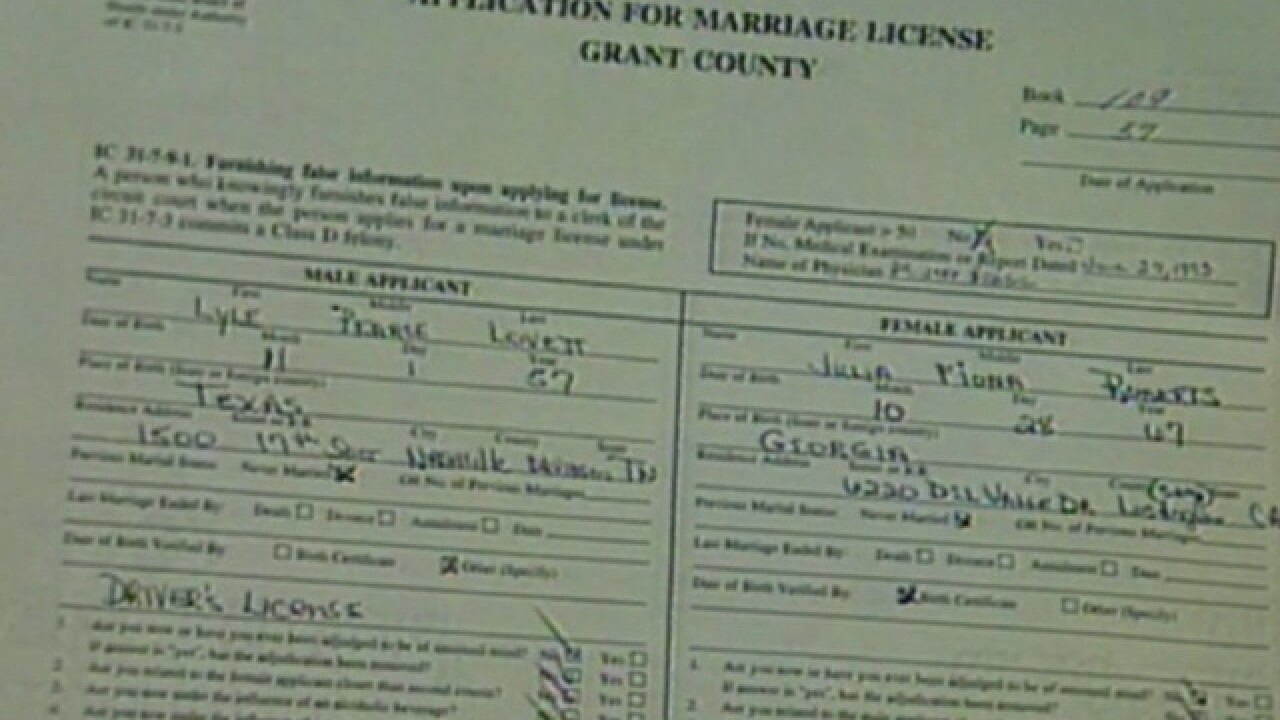 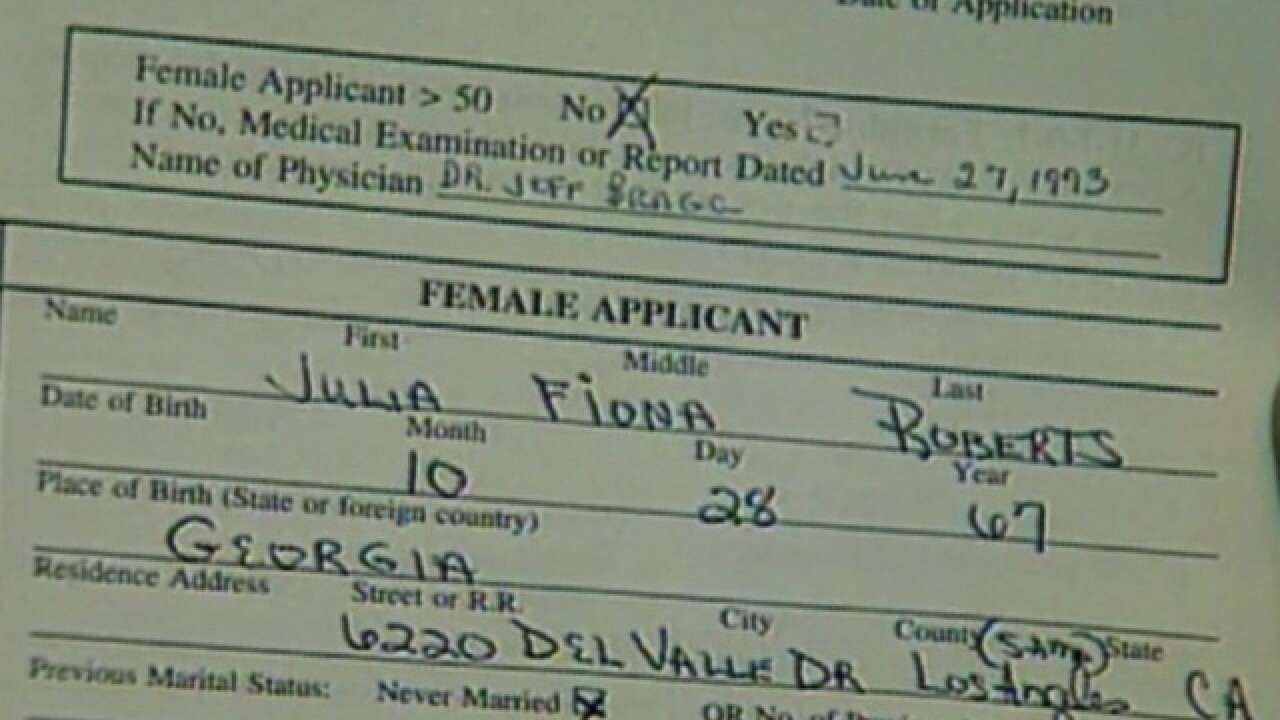 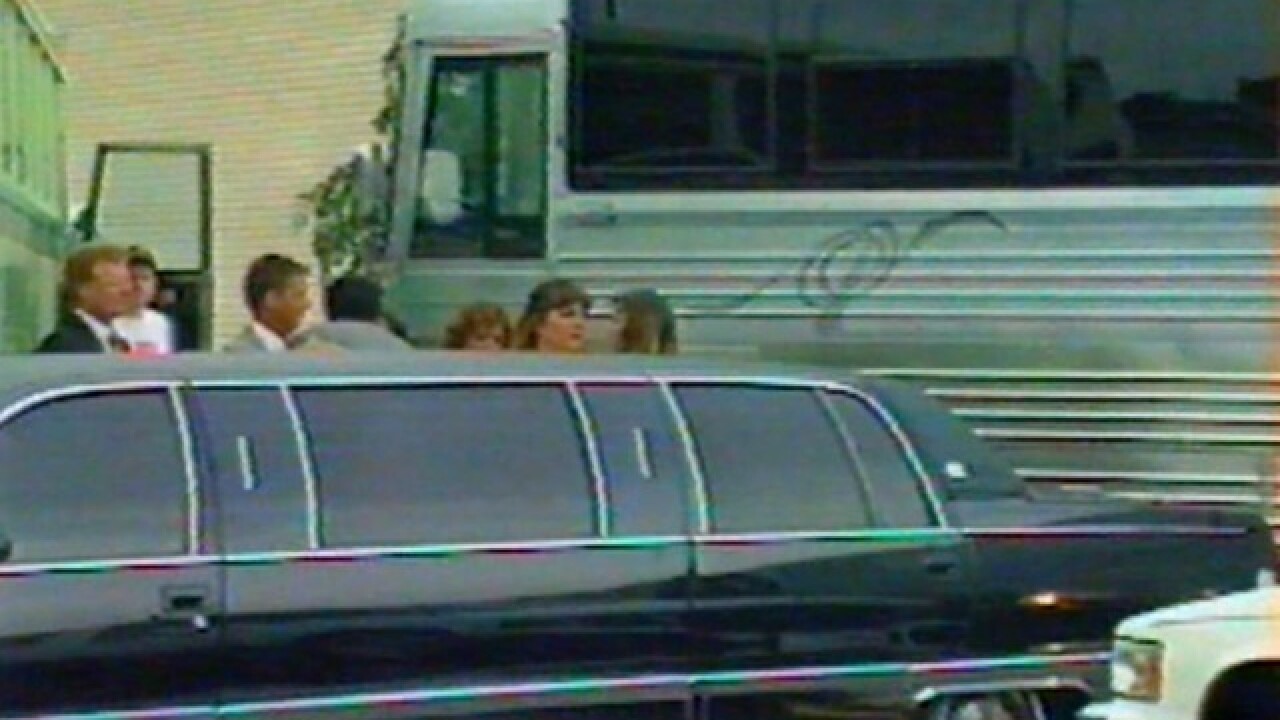 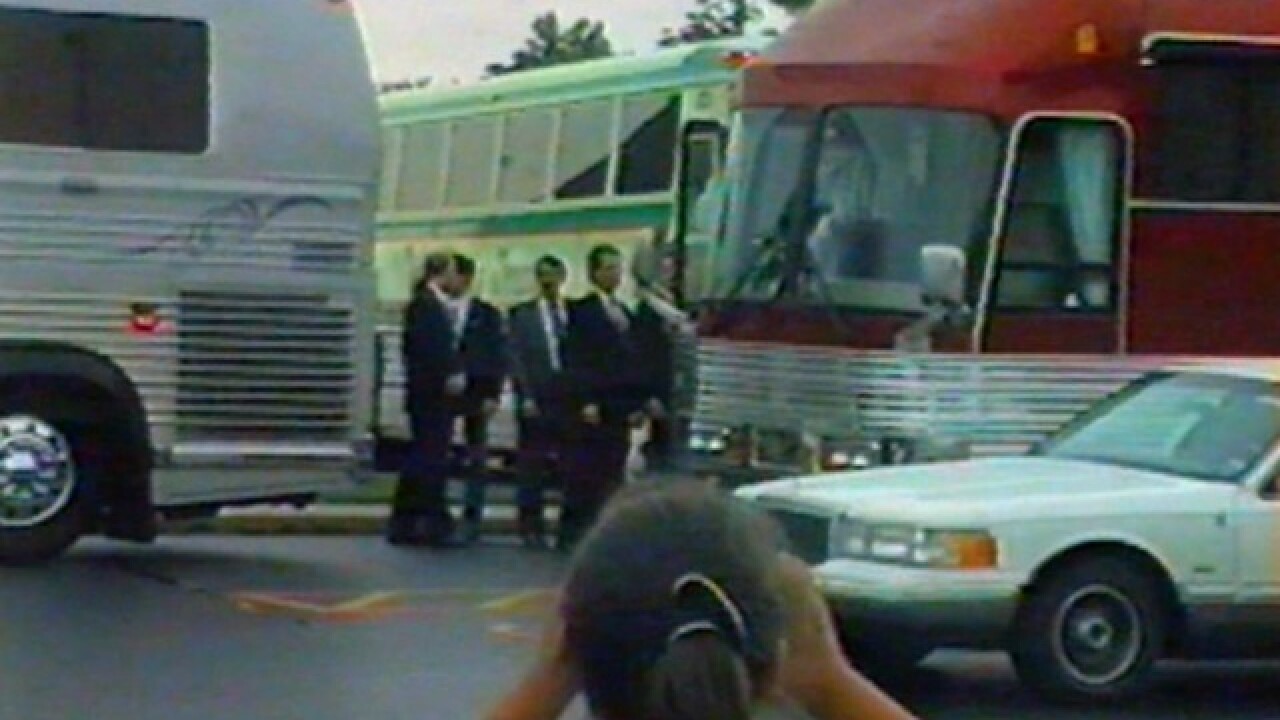 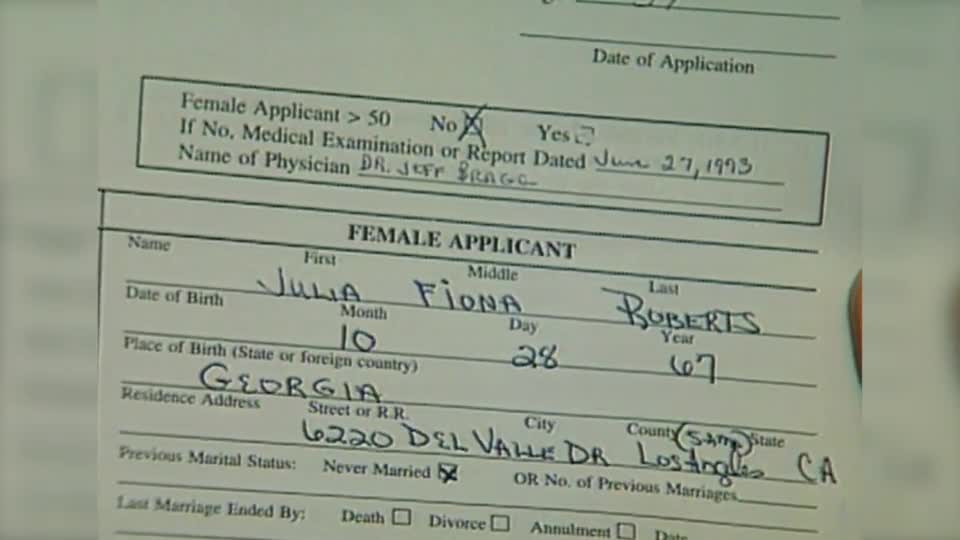 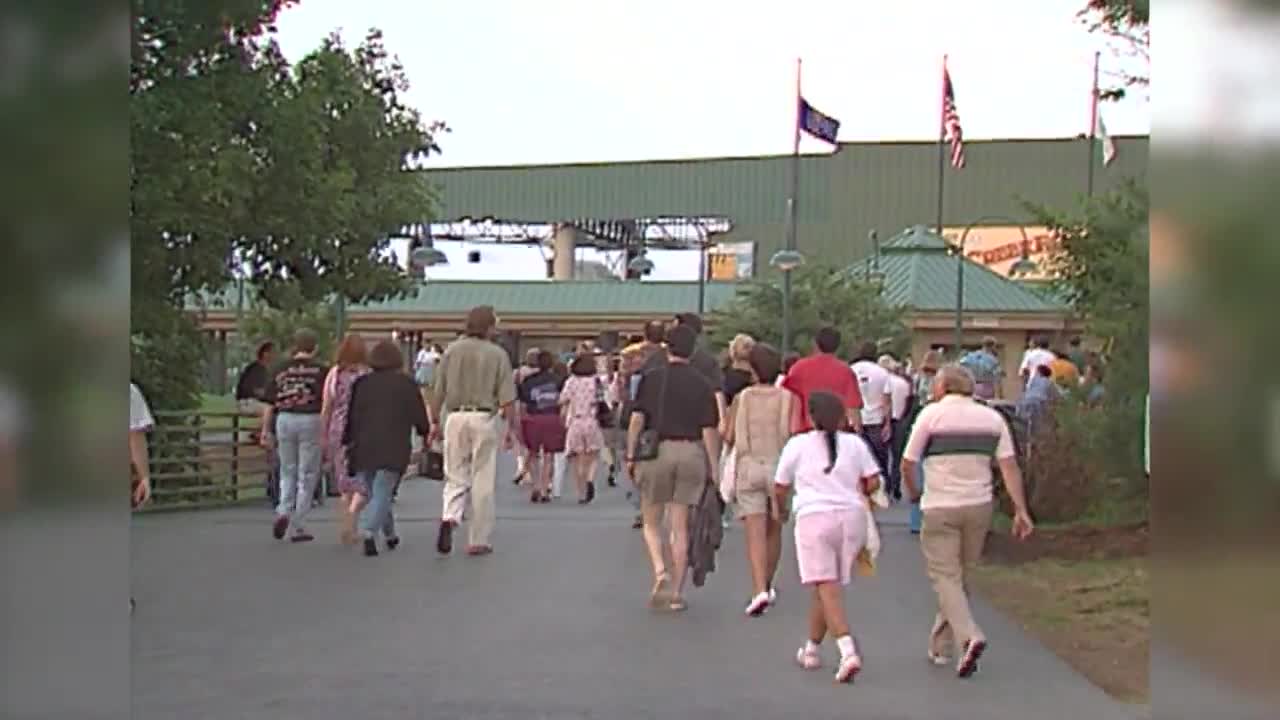 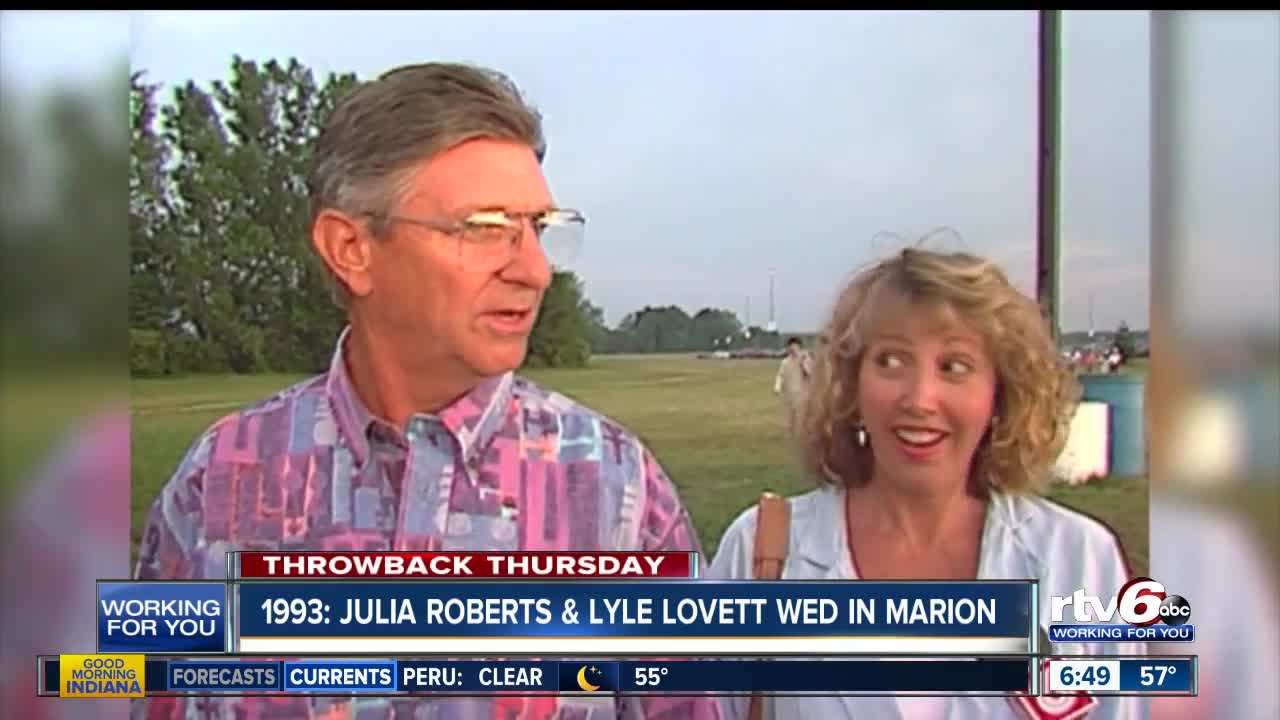 MARION, Ind. -- It was the celebrity wedding that nobody saw coming: a Hollywood star and a country music singer tying the knot in Marion, Indiana.

Residents knew something was up when a parade of tour buses and limos began filling the parking lot of St. James Lutheran Church on June 27, 1993. Little did they know that they were witnessing the marriage of singer Lyle Lovett and actress Julia Roberts.

One person who was in the know was Grant County Clerk, Karen Weaver. She received a phone call from St. James' Reverend Mark Carlson a few days before the wedding. Carlson informed Weaver the groom was Lyle Lovett, but he didn't name the bride.

The bride-to-be wasn't named until the morning of the ceremony.

"I saw him write down the word Julia Roberts and so I said to the publicist, is this the Julia Roberts? And she said yes it is," recalled Weaver.

The couple asked Weaver to sign their marriage application on a tour bus as they feared a media frenzy.

"She thought it would be more secure if we went out there, so I did and I got on the bus and wrote the license," said Weaver.

The ceremony went off without a hitch. WRTV obtained exclusive home video of the commotion outside of the church.

Many fans learned of the nuptials from Channel 6 reporter Debra Darnell.

Darnell: "Did you hear the news?"

Darnell:  "He got married."

Fan: "Oh! no! Is it really? More power to her, better than Kiefer Sutherland."

Lovett's fans were treated to a special introduction when Roberts introduced his band while wearing her wedding dress.

As the days went on, more information about the wedding came to light including the guest list. Susan Sarandon and Tim Robbins were among the 75 guests in attendance.

Roberts' publicist said the entire wedding was planned in two days. It was also revealed that the couple chose Marion because it was the church of one of the band's bus drivers.