Calling all hogs and husbands: 1983 Indiana State Fair calling contests were a test of vocal cords 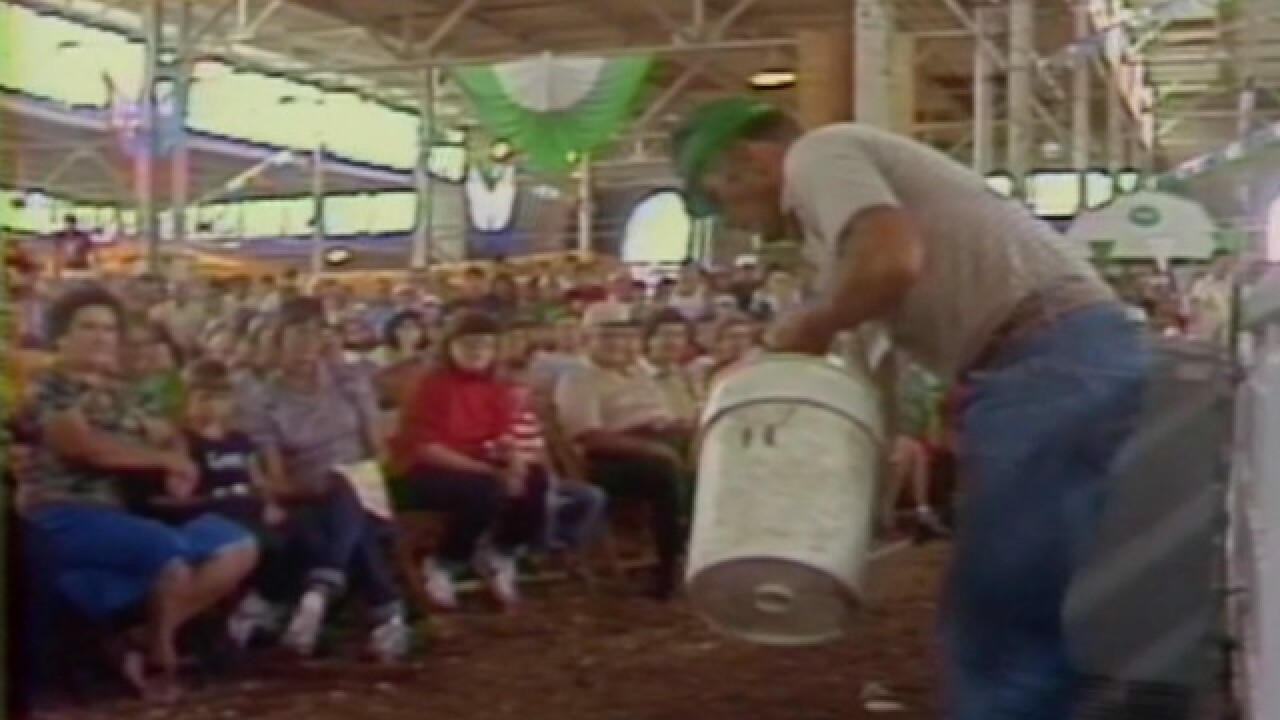 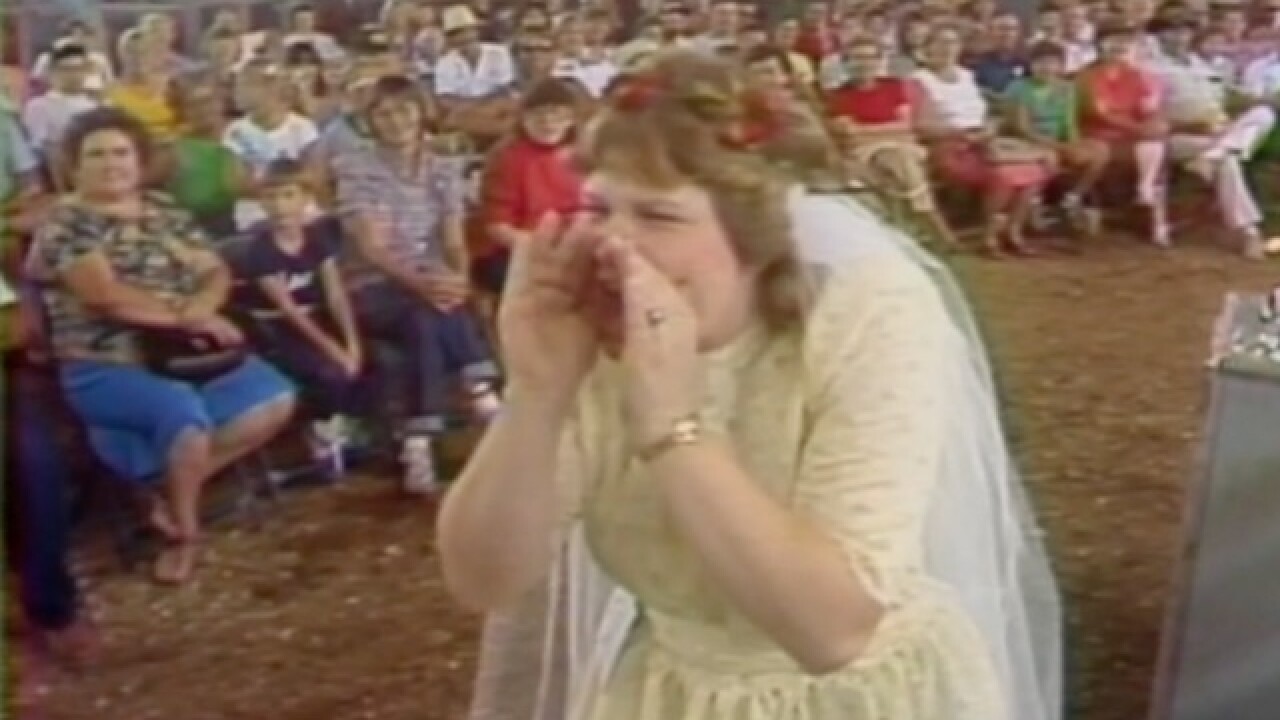 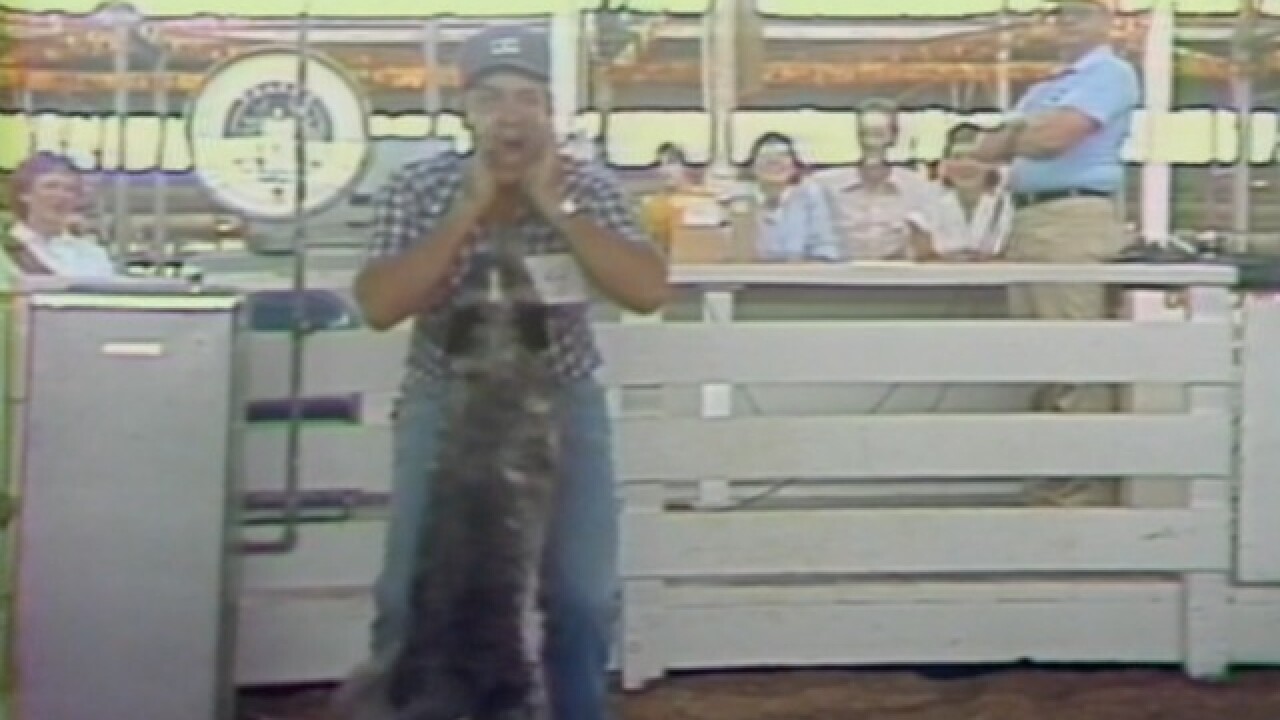 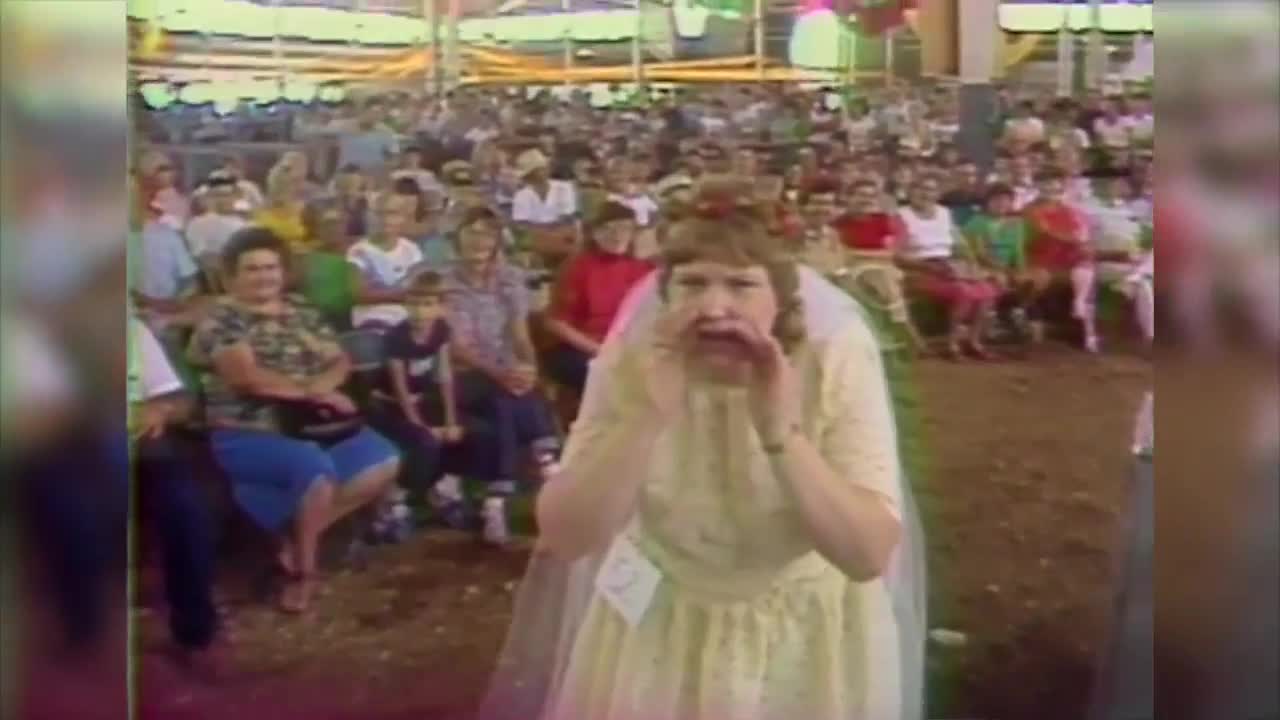 INDIANAPOLIS -- It was standing room only for the hog and husband-calling competitions at the Indiana State Fair in 1983.

All calling contestants were judged on originality, volume, and appeal.

It was hard to ignore the howling cries of Bob Ertel and his dog that accompanied Ertel for the hog-calling competition. The duo was awarded a blue ribbon for their crowd-pleasing performance.

As for the husband-calling, any woman over the age of 18 was invited to participate.

Becky Schmidt went for a dialogue-intensive routine delivering this ultimatum to her husband Kenny, "If you don't get in here right now, I'm going to go home and eat with my mother."

Her performance may not have netted her a husband, but it did land her a blue ribbon and $100.