Celebrate Pi Day with a pie fight: Looking back at the 1980 Ford-Markey Pie Fight 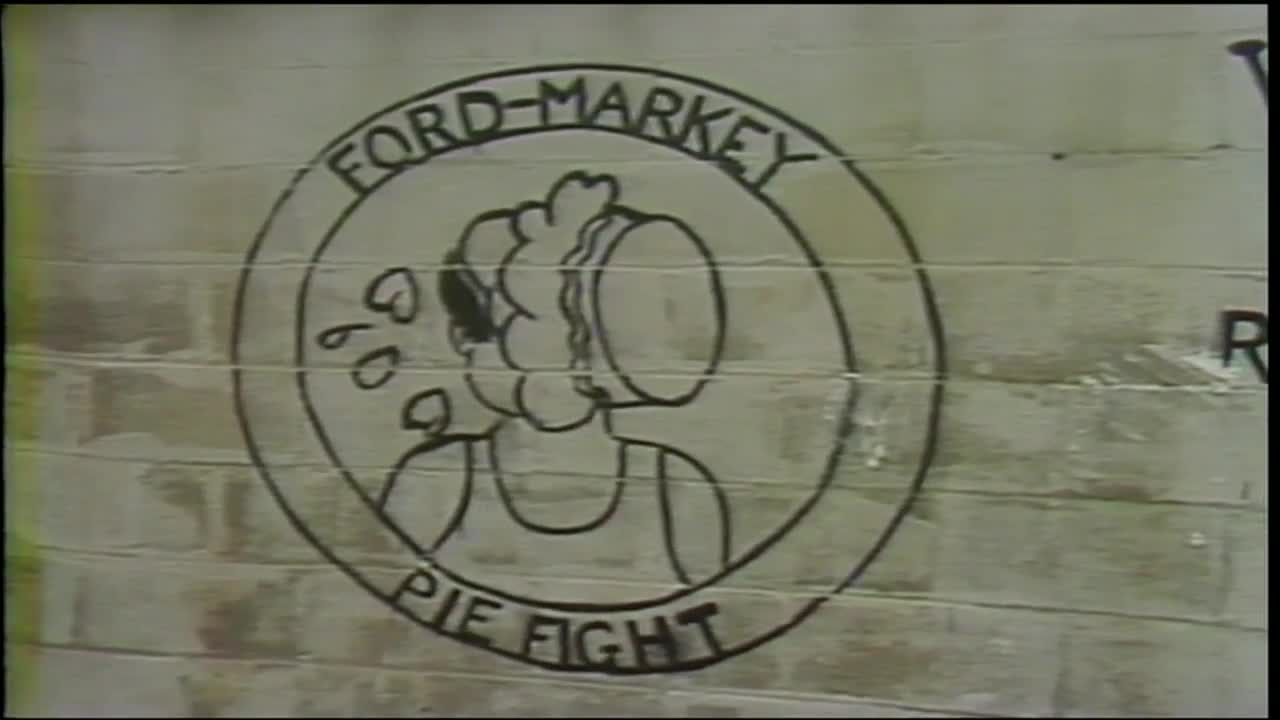 INDIANAPOLIS — Pi Day is a celebration held annually on March 14 or 3.14. Those three digits are also the first three digits of Pi, 3.14.

But if a day dedicated to a mathematical constant isn’t your thing, perhaps pie of another type is more your style. More specifically, a pie fight.

The Ford-Markey Pie Fight was an annual pie fight held during the month of May. A nondescript Indianapolis bungalow transformed into the Pie Dome.

Channel 6 reporter Derrik Thomas spoke with pie fight organizer and host Chuck Markey on May 17, 1980. Thomas described Markey as a man who vigorously pursues the offbeat and revolutionary.

Participants prepared for the pie fight by exercising their elbows by throwing down a few beers.

The 1979 Rookie of the Year, Joni Hanson, cautioned others to prepare for anything.

“Be careful because you’ll get it from all sides and all angles," Hanson said. "You can’t just be out there and think everybody’s nice.”

Three hundred gallons of whipped cream were brought in for the fight. Participants used paper plates as impromptu pie pans which helped launch the whipped treats across Markey’s yard.

The names of those who scored best were etched into the Wall of Fame on the side of a dilapidated garage behind Markey’s house..

The MVP and Rookie of the Year also had their names etched into pie plate trophies.