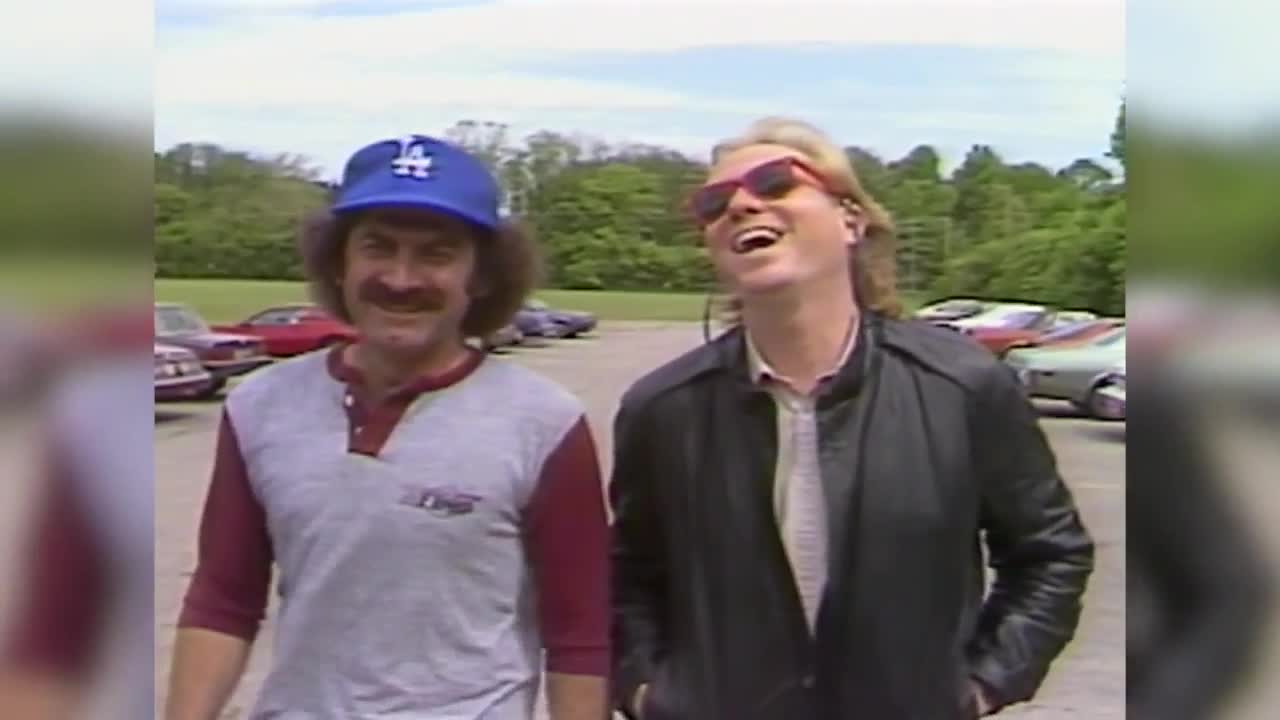 INDIANAPOLIS — The "Bob & Tom Show" premiered in Indianapolis on WFBQ on March 7, 1983. Loyal listeners carried the show to the top of the rating chart in just a few short years.

Former WRTV reporter Greg Todd interviewed the duo as part of his Hoosier Profile series on May 21, 1985.

The opening shot of the story showed Bob Kevoian and Tom Griswold pulling into the radio station parking lot in a pink and camouflage junker. The car featured three hood ornaments, including a bowling trophy, a horse's hindquarter, and a jar of tartar sauce. Todd indicated the meaning behind the tartar sauce would have to be explained elsewhere.

The "Bob & Tom Show" supplied Q95 listeners with an infinite supply of jokes and pranks that often pushed the limit.

"Half the jokes, the joke is in your mind," said Griswold. "The joke isn't stated outright. The person has to put something into it to get something out of it."

According to Griswold, listeners enjoyed the antics.

"People like them. They laugh at them. There's an alternative; you can always change the channel."

But most people didn't. The "Bob & Tom Show" had Q95 on top of the rating chart in 1985, just two years after the pair arrived at the station.

The happily transplanted Hoosiers said they just might stay to turn old and gray on Q95.

"It's very possible," said Kevoian. "In fact, it's already started. Tom's getting old."