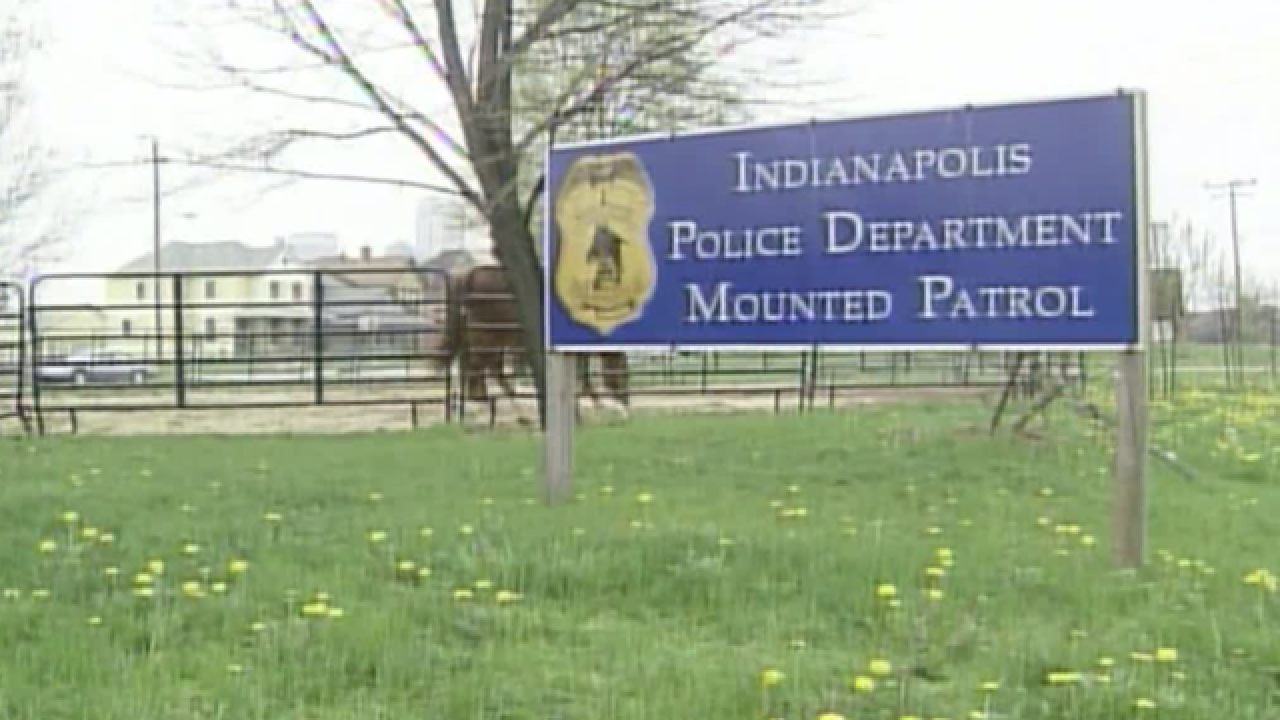 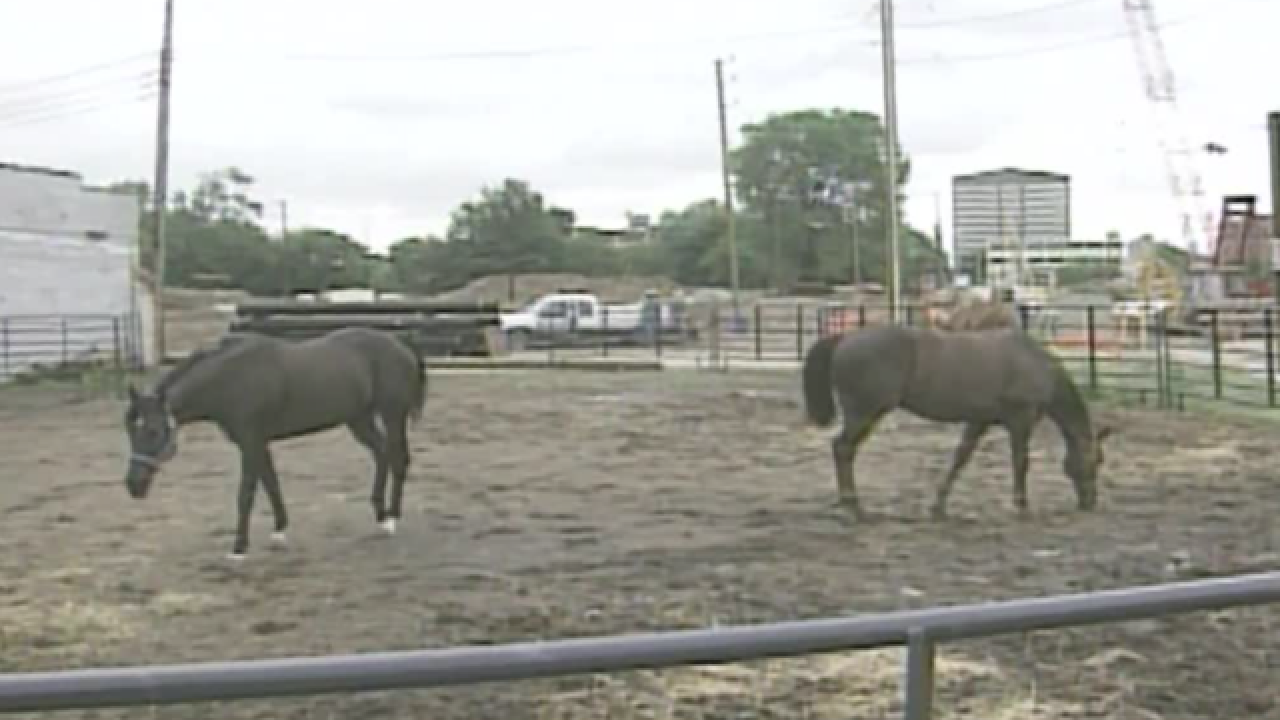 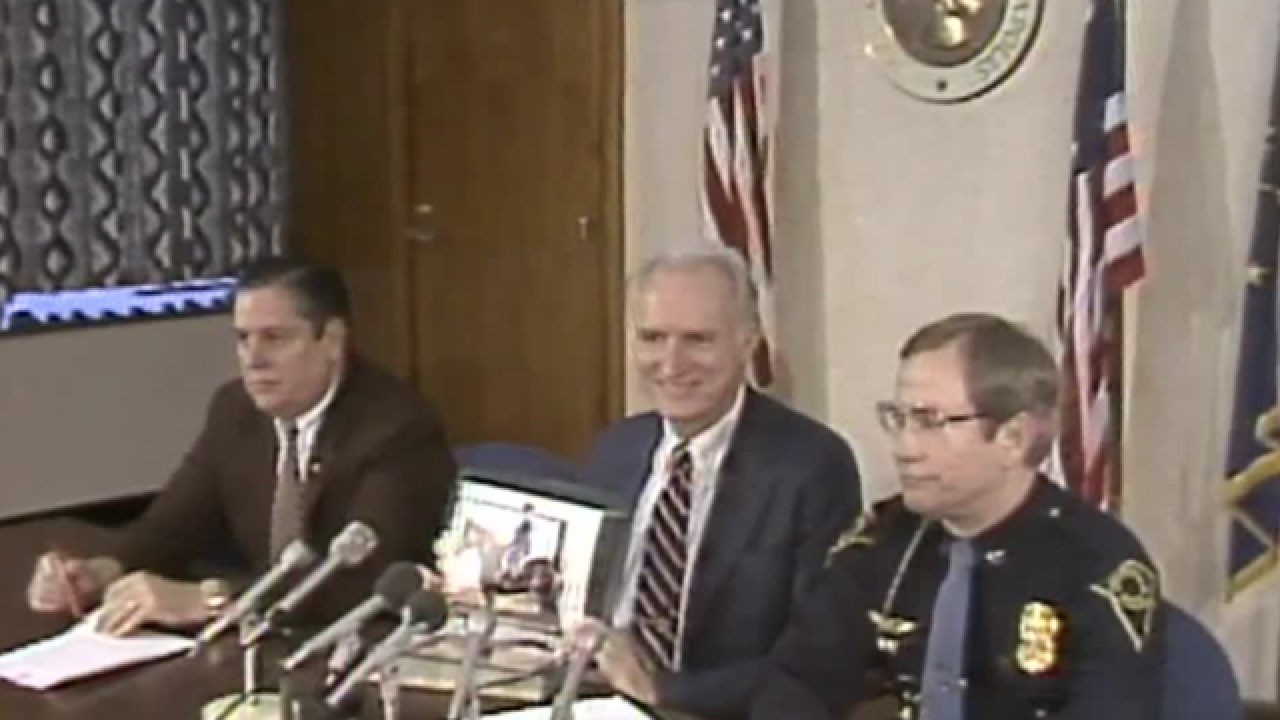 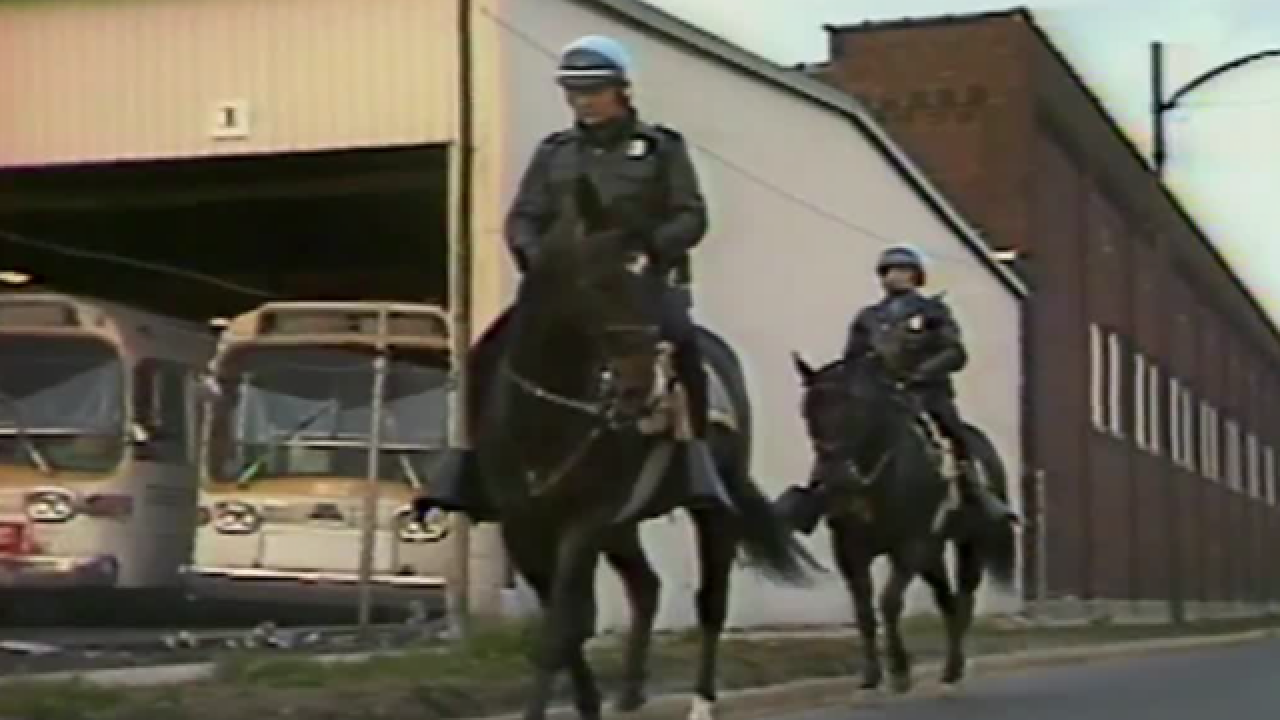 INDIANAPOLIS -- With a picture in hand and an ear-to-ear grin, Indianapolis Mayor Bill Hudnut announced the formation of a mounted patrol unit in December, 1982.

Hudnut spoke optimistically about the patrol's potential impact on the city saying, "We feel that once officers have been trained and the horses have been trained and they are all on duty... there will be not only increased law enforcement, but also a real stimulus to downtown commercial activity.  This is something that is not a frill, but an essential addition to IPD law enforcement activity."

The IPD Mounted Patrol, now known as the IMPD Mounted Patrol, began training operations in early 1983. Officers worked to prepare horses for the sights and sounds of downtown life. The mounted patrol was poised to provide a unique presence in the downtown area.

"The citizens of Indianapolis will have something that they can reach out and touch, not just go by in a police car," said one officer.

For several years, the mounted patrol was located near 10th Street and the downtown canal. However, in June 2000, the Indiana University School of Medicine purchased the property to build its Medical Information Sciences Building. This forced the patrol to look for its sixth home in 17 years.

The IMPD Mounted Patrol is now working out of a temporary facility on the grounds of the former Central State Hospital. It's comprised of several buildings including aging trailers. In Aug. 2017, IMPD Horse Patrol Association Board President Turner Woodward expressed concern about the image and condition of the facility.

The IMPD Horse Patrol Association was granted 22 acres of land for a new facility and is currently trying to raise $5 million to build a new permanent home for the patrol.