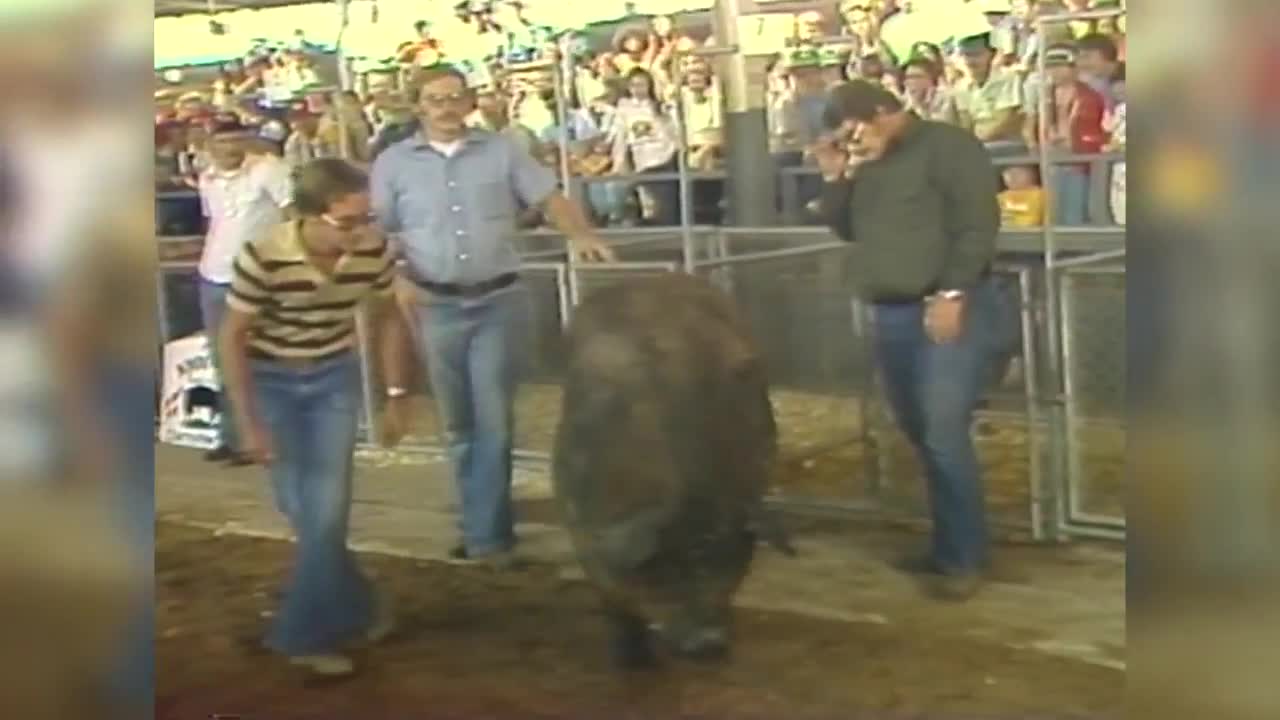 INDIANAPOLIS — From the Dairy Bar to the grandstand and everything in between, Channel 6 has covered the Indiana State Fair for decades.

In 1979, former reporter Reid Duffy spent time in the Swine Barn where farm animals were given a chance to prove they were more than just a hearty meal.

Duffy spoke with veteran farmer Harold McDermit of Elwood, Ind. McDermit’s hogs captured the crown in four of the five previous years at the fair.

There were three entries in the 1979 contest — two from McDermit, Funk and Junior. And a competitor from the Robert Turner farms of Fortville, Ind.

However, the competition from Fortville wasn’t much of a competitor weighing in at a dainty 882 pounds.

Five-year-old Junior crushed the competition and was named the winner for the second year in a row, weighing in at a whopping 1,150 pounds.

The family of Harold McDermit reached out to RTV6 after the story re-aired in Aug. 2019.

McDermit’s daughter, Linda McDermit, said she was amazed at how young her father looked in the story.

Linda is one of 7 children born to Harold McDermit and his wife, Evelyn.

The couple’s 3 daughters have worked in the hog barn at the Indiana State Fair for the last 35 years. The family continues to raise hogs for the great grandchildren to show at the fair.