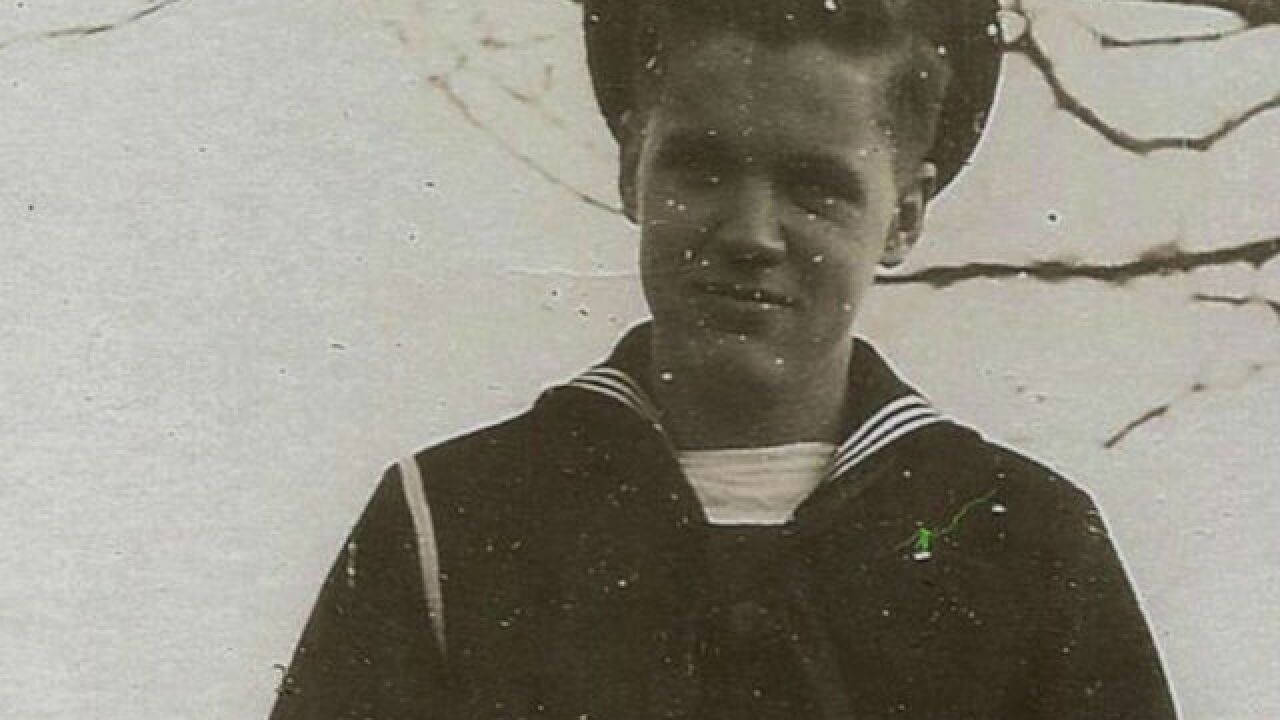 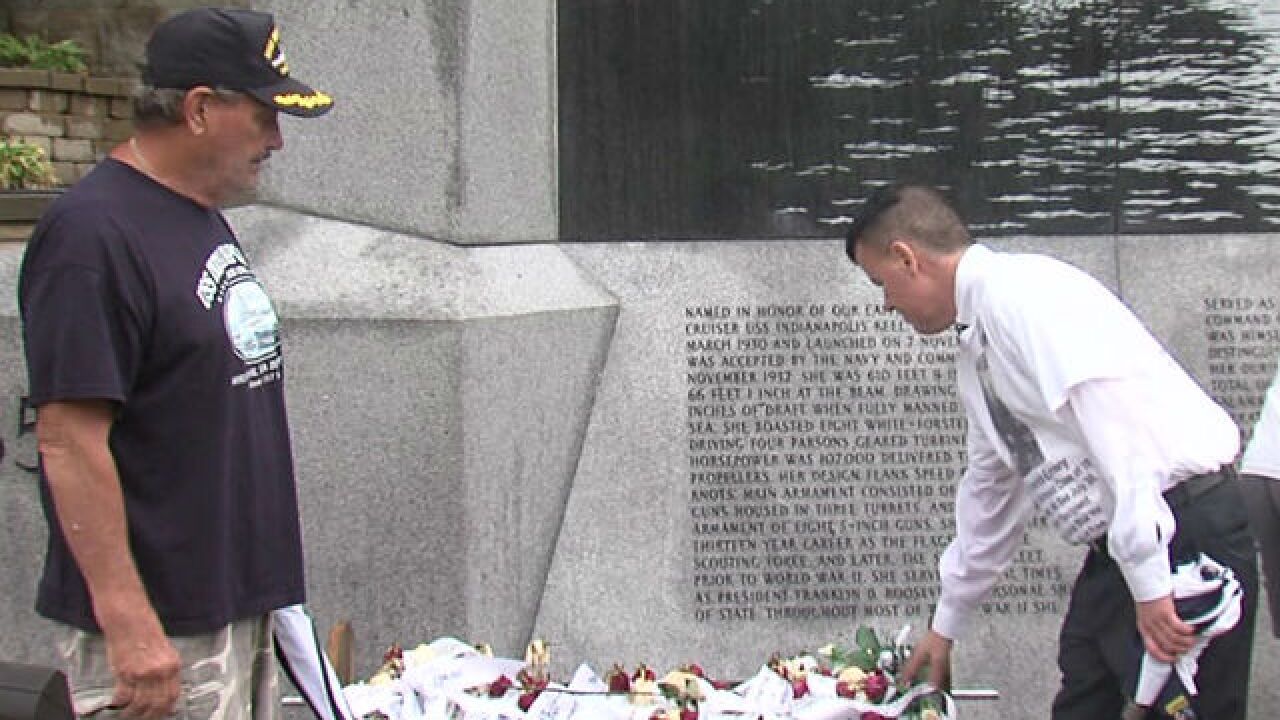 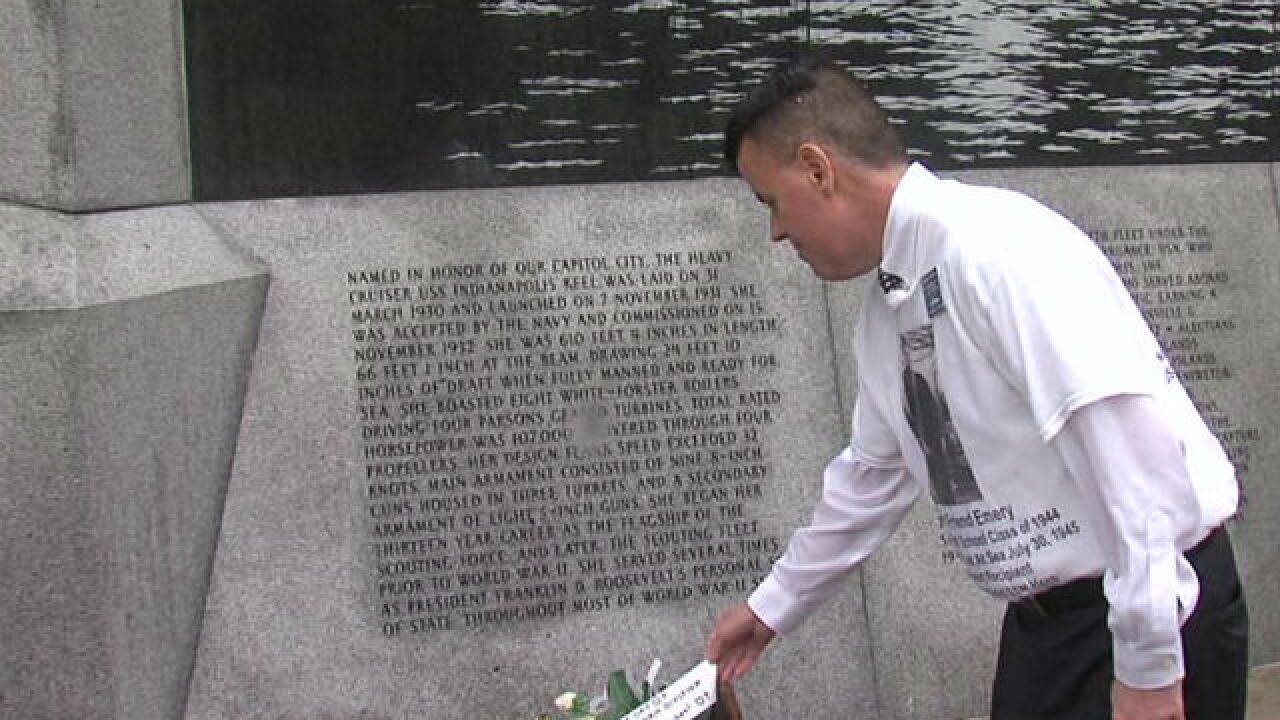 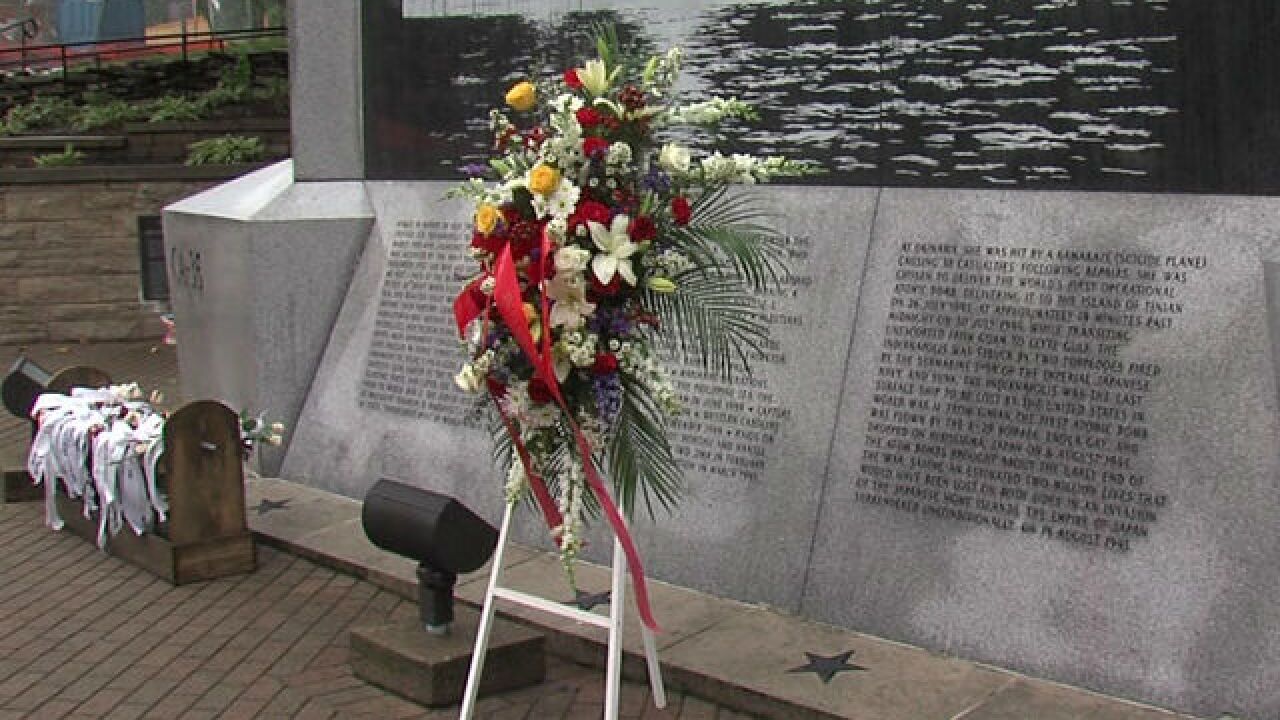 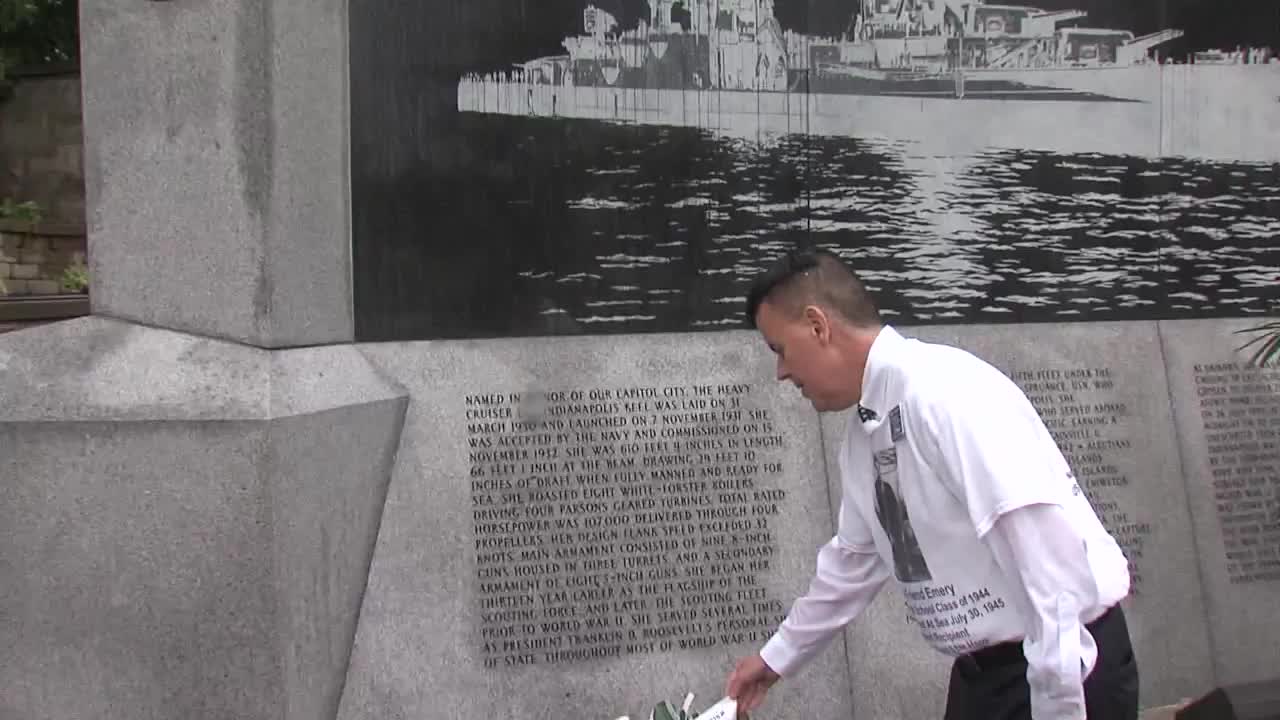 INDIANAPOLIS -- The nephew of a man who died when the USS Indianapolis sank into the ocean during World War II visited Indianapolis this week, commemorating the anniversary of the ship's sinking.

Michael William Emery spent his Monday in front of the USS Indianapolis memorial on the canal, telling people the story of the sacrifice of the people on the ship, and of his uncle, William Friend Emery.

"I have had such a passion for my uncle all my life," Emery said. "I wanted to come down here to represent all lost-at-sea families, my uncle, as well as survivors, the rescue recovery crew, former crew, friends of the story -- just to honor this special day that has affected my life and the lives of the Indianapolis family."

Seventy-three years ago Monday, the USS Indianapolis was hit by Japanese torpedoes and went down in the Philippine Sea along with about 900 American sailors. For days the survivors swam in shark-infested waters, attacking the men. After five days, 317 men were rescued from the water.

PREVIOUS | USS Indianapolis: From 'Lucky Indy' to one of the worst naval disasters in history

For Emery, July 30 is more than a day to remember those lost and their families. It's a day to tell that story and remind people, he says, that freedom isn't free.