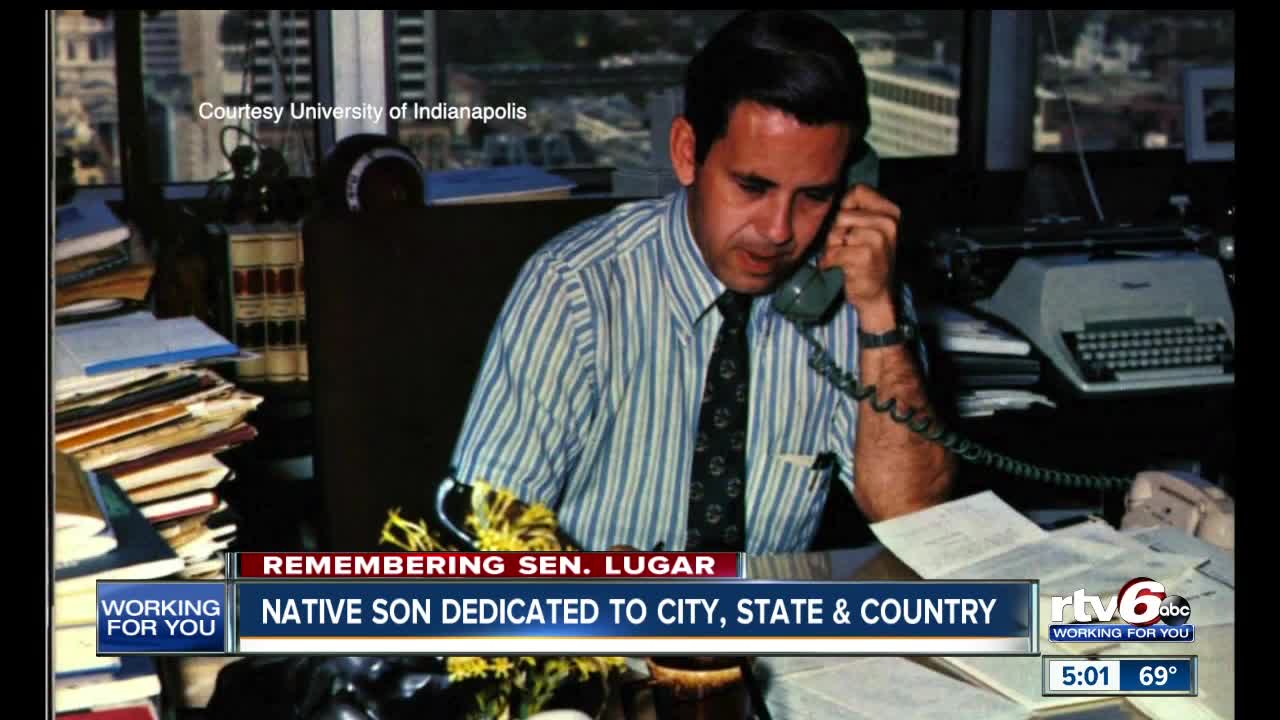 Sen. Richard Lugar was a giant in foreign policy - especially in convincing the Russians to limit the number of missiles pointed toward the United States.

INDIANAPOLIS — Senator Richard Lugar was a giant in foreign policy, especially in convincing the Russians to limit the number of missiles pointed toward the United States. Sen. Lugar grew up to be the native son to lead and serve his city, state, and country.

Sen. Lugar, also known to some as "Dick" Lugar, was an Indiana Statesman, respected by people on both sides of the aisle.

Before he became the longest-serving member of Congress in Indiana history, Lugar was born in Indianapolis. After college and a stint in the U.S. Navy, Lugar returned home and was elected Mayor of Indianapolis in 1968. It was in the Circle City where Lugar began his political career that would span the globe.

As mayor, Lugar was instrumental in creating Unigov, the consolidation of the city and county governments. He even went to an extreme measure to make sure it got done, when during a TV interview, Lugar gave out the direct phone number of the then Indiana Speaker of the House.

"Bad idea. The speaker, Doc Bowen, was not happy, to say the least," Gov. Eric Holcomb, R-Indiana, said at Lugar's Memorial. "But that is now ancient history."

After two terms as Mayor of Indianapolis, Lugar was elected the U.S. Senate in 1976, where he became famous for his expertise on foreign policy.

In his 36 years in the U.S. Senate, Lugar helped create treaties that led to the dismantling of thousands of nuclear missiles after the Cold War.

Lugar also made a run for president in 1995, but it never panned out.

In Congress, Lugar built a reputation for bipartisanship, often working with Democrats more than his colleagues liked. But it was this trait the ultimately worked against him in 2012 when he lost in a primary challenge during the tea party movement.

However, what will people across the country and the world remember about Senator Lugar? Likely his work on nuclear nonproliferation, bipartisanship and the pride he took in serving the state.

"I think he's a little bit shy, being a public servant. But he does what he has to do," Judy Singleton, a long-time friend of Lugar's, said. "He loves life and loves what he did and all the people he worked with."

Even in death, Lugar's legacy in the city of Indianapolis will live on for years to come.