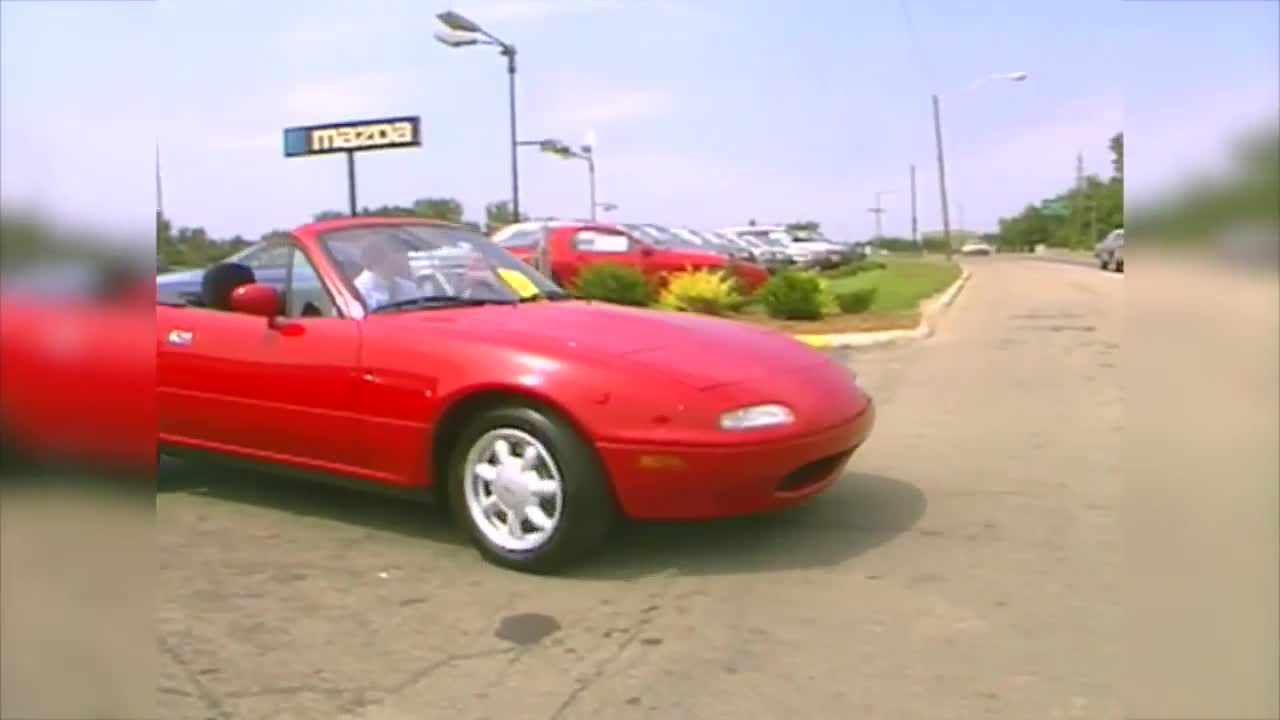 The revolutionary sports car made its world debut a few months earlier at the Chicago Auto Show in February. The two-seater combined style and affordability like no car before it.

It went on sale in May 1989 as a 1990 model. By August, every Mazda dealership in Indianapolis was struggling to keep up with demand.

Just one of the three Mazda dealerships in the area had the MX-5 Miata. But the three shiny red Miatas at Speedway Mazda on West 16th Street were already sold.

At Tom Roush Mazda, the story was much the same.

“We have approximately 10 to 15 people a day that want to drive one. We’ve had as many as 25 people on a waiting list for it. I’ve had some people pay in advance for them,” said one Roush employee.

Some customers even offered dealers thousands of dollars just to move to the top of the waiting list. Furthermore, dealers in other parts of the country were willing to pay hundreds above sticker price so they could sell the MX-5 Miata for thousands more than it actually cost.

So what made the MX-5 Miata so special?

Its 1.6-liter engine produced 116-hp, and thanks to its lightweight design, it could travel 0-60 mph in less than 9 seconds. The MX-5 Miata initially came in just three colors, red, white and blue.

According to Mazda, when it began planning the sports car, there were a few ground rules. The first was an open body with a tight cockpit space. Additionally, Mazda called for perfect weight distribution and a double-wishbone suspension. Overall, the car was to fit the driver like a glove.

The MX-5 Miata is the world's best-selling two-seater convertible. It’s now in its fourth generation and starts at $25,730.