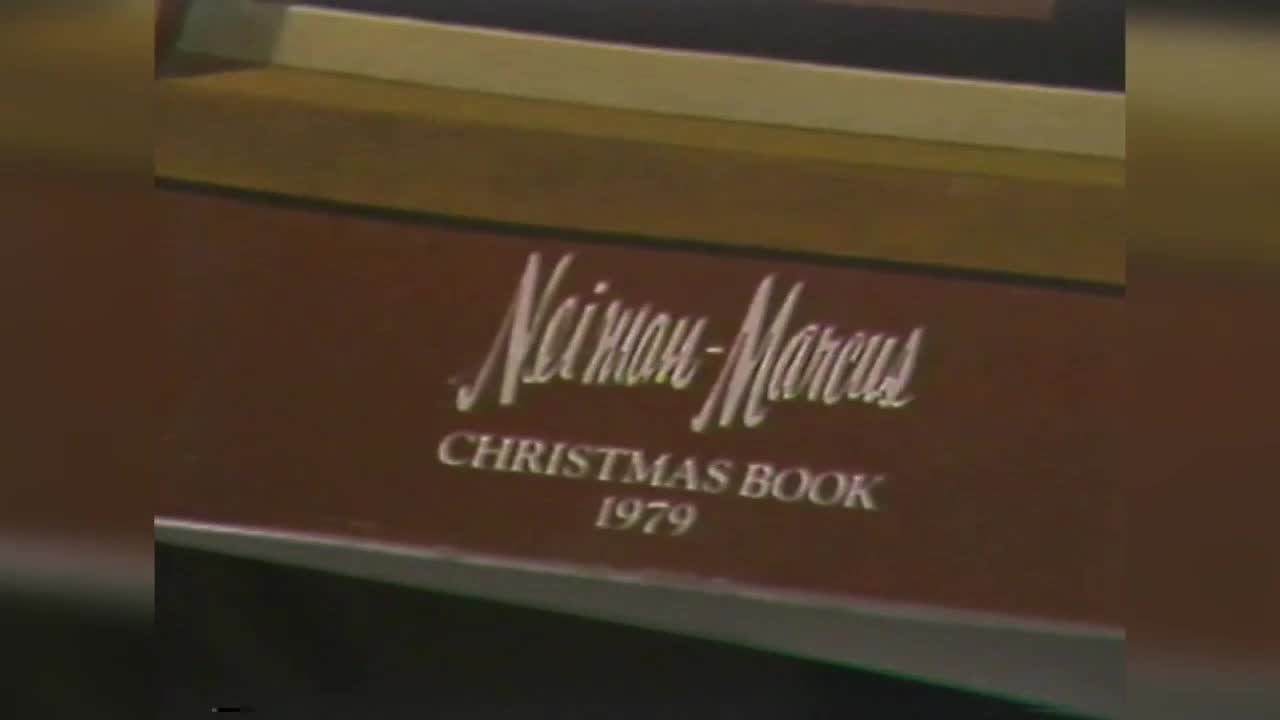 INDIANAPOLIS — According to Neiman-Marcus, nothing captures the excitement of holiday shopping like its annual Christmas Book, which the retailer has published for more than 90 years.

The Christmas Book features a plethora of outrageously expensive luxury items most of us would be unable to afford.

The first item Duffy found for sale was a satellite dish and not the type that could be mounted on your roof. No, the dish offered by Neiman-Marcus had to be installed in your backyard.

While the satellite dish may have been too impractical for some, Neiman-Marcus also offered cheaper items, including a bagel-shaped paperweight for just $10. Also, toothpaste with unique flavors like bourbon or scotch.

If you prefer a more theatrical gift, you could’ve enlisted the services of master chimney sweeps Dee and David Stoll. For $3,000, the pair would not only sweep your chimney but also perform a few songs.

If his and her gifts were more your style, Neiman-Marcus offered his and hers dirigibles at just $50,000 apiece.