HOME TOUR: $675,000 Northeast side Art Deco design is one of just a few in Indianapolis 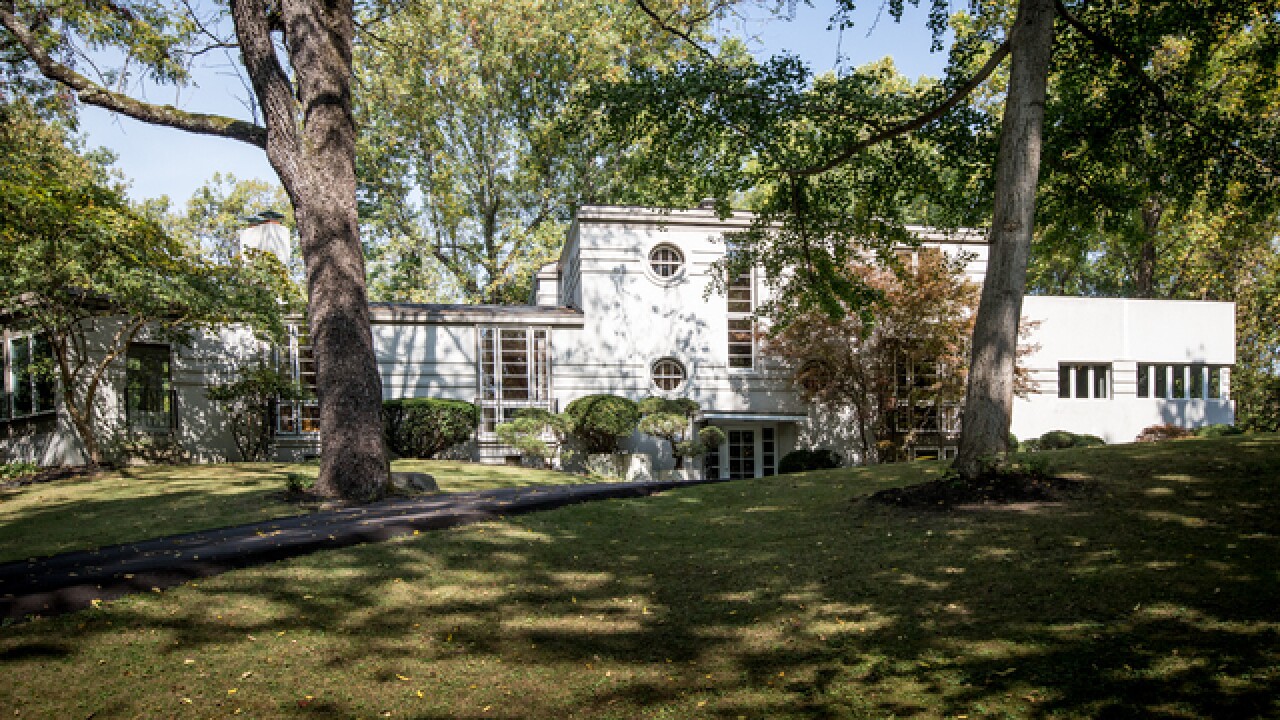 INDIANAPOLIS -- Among the many styles of architecture in the Brendonwood neighborhood is "Windsweep", a magnificent example of Art Deco design.

Windsweep is an art deco home designed by the nationally recognized architect, Leslie Ayres. It was built in 1946 and is located at 5845 Highfall Road. lt is the only art deco designed home in the neighborhood and one of only a few in Indianapolis.

Windsweep was built by Scot Clifford who wanted a home design that was reminiscent of the cruise ships on which he and his wife would often travel; hence the round windows and original patios. The residence was eventually purchased by its present owners, Dr. Karl and Ann Manders in 1973.

The Manders have lived in the home for over 40 years.

The home resides on three acres of woods and is shared by deer, raccoons, fox, and owls.

The neighborhood was developed by Charles S. Lewis in 1917. The neighborhood is made up of 350 acres. George Kessler was retained to figure out how to layout the roads among the hills and determine home sites. This was a time when 56th Street was a two lane dirt road called Military Road.

Check out this classic gem in the gallery below: