It's National Fried Chicken Day! Here's where to celebrate — and eat 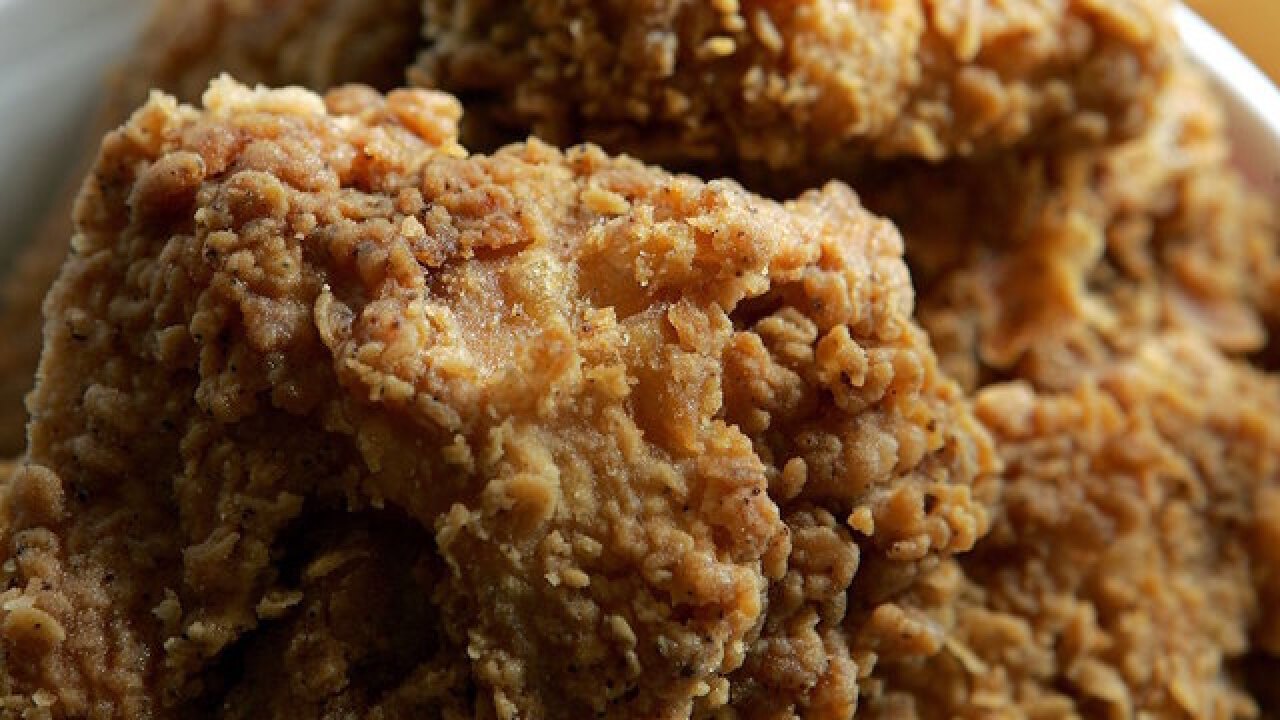 If the holiday week has you fried, plan lunch or dinner around eating out for National Fried Chicken Day.

Some of the national chains to check out:

POPEYES LOUISIANA CHICKEN
The national chain has deals in select cities today, including 24-cent drumsticks for 24 hours in New York and California. Go here to find your local store and see what deals it offers.

KFC
The popular KFC hasn't said it's having any deals today, instead, it announced Colonel Sanders will be on a soap opera.

BOJANGLES
Bojangles isn't pointing to the chicken so much as its "legendary iced tea" which is currently on sale for a limited time. A 32-ounce cup of it is $1, the restaurant announced recently.

CHURCH'S CHICKEN
This chain is celebrating by giving back. For those who tell their stories and tag the restaurant, it will donate money to the #ShowLove Foundation, working to eradicate hunger. Get more info here.

BOSTON MARKET
Boston Market has a lunch BOGO deal this week and it ends at 3 p.m. today, July 6. Get the coupon on its website.

Editor's note: This story was written by the E.W. Scripps Company's national news desk and does not include locally specific deals.