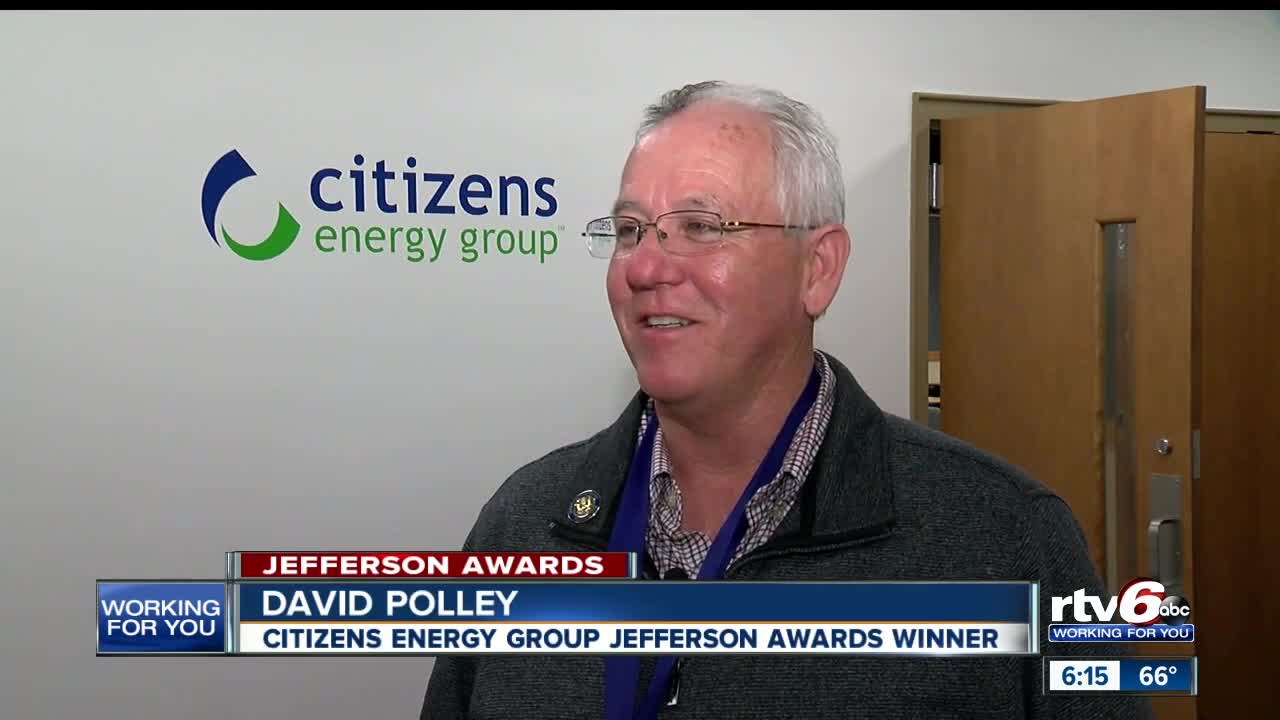 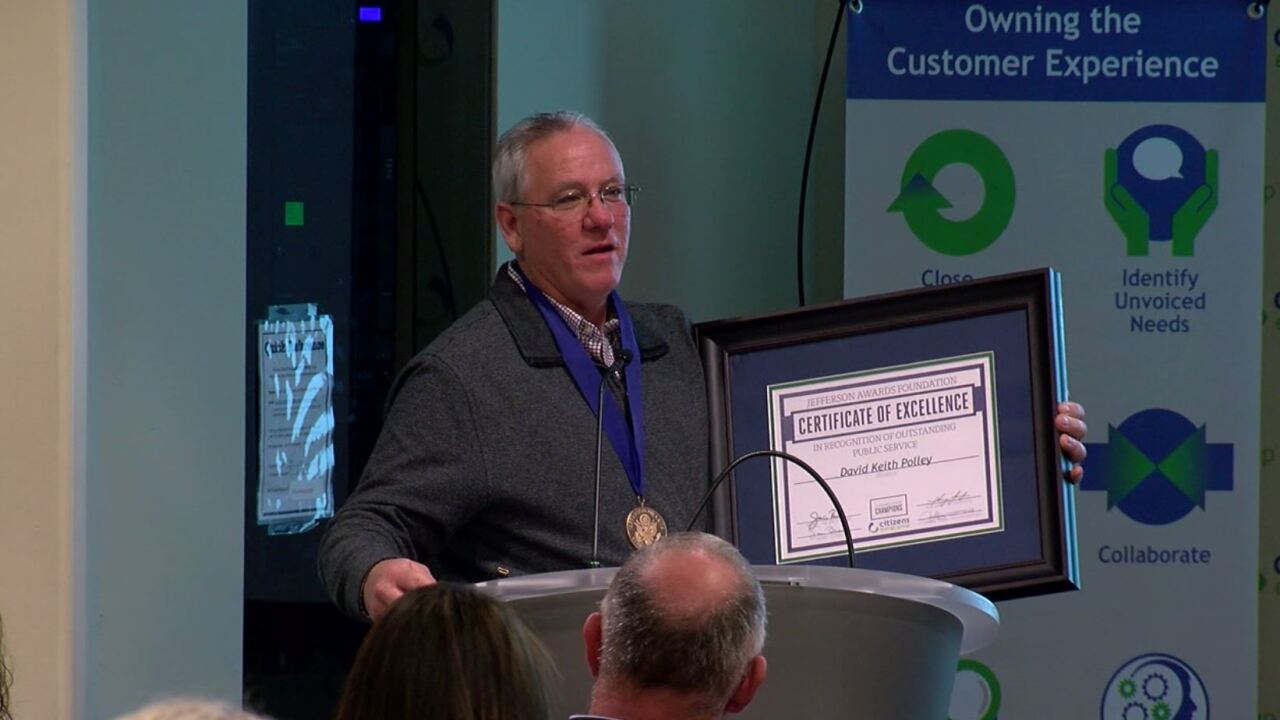 The Jefferson Awards for Public Service looks for local unsung heroes who make the world a better place through volunteering and community service. Known as the “Nobel Prize for Public Service,” the awards recognize ordinary people who do extraordinary things.

INDIANAPOLIS — David Polley spends his free time working to improve the lives of others.

A 29-year employee of Citizens Energy Group, Polley and his wife, Carol, and daughters, Rebekah and Rachel, started Increase Ministries in 2013. The not-for-profit's mission is to "help children and families around the world grow academically, physically, spiritually and socially."

On Thursday, Polley was recognized by friends, family and co-workers as Citizen Energy Group's 2019 Jefferson Award winner at a special presentation.

"On behalf of everyone at Citizens Energy Group, I offer my congratulations to David on receiving the 2019 Jefferson Awards Gold Medal," Jeffrey Harrison, president and CEO of Citizens Energy Group, said. "His commitment to making a difference on a global scale makes him a very worthy recipient, and Citizens is fortunate to have him on our team."

David's wife, Carol, an ordained children's minister, is the creative force behind Increase Ministries, but David is always working behind the scenes doing whatever it takes to make overseas travel possible. Polley uses nearly all his paid time off to travel to places like Cuba, Ghana, India, Kenya, the Philippines, Rwanda and Tanzania.

In addition, the Polleys have launched The Red Egg Campaign, a worldwide program that teaches concepts such as self esteem and forgiveness in schools and orphanages. They often dress as clowns to connect with the children.

Polley will be recognized along with Jefferson Award winners from across the country during a June ceremony in Washington D.C.