Meet the Indiana Pacers mural painter in her 20th year 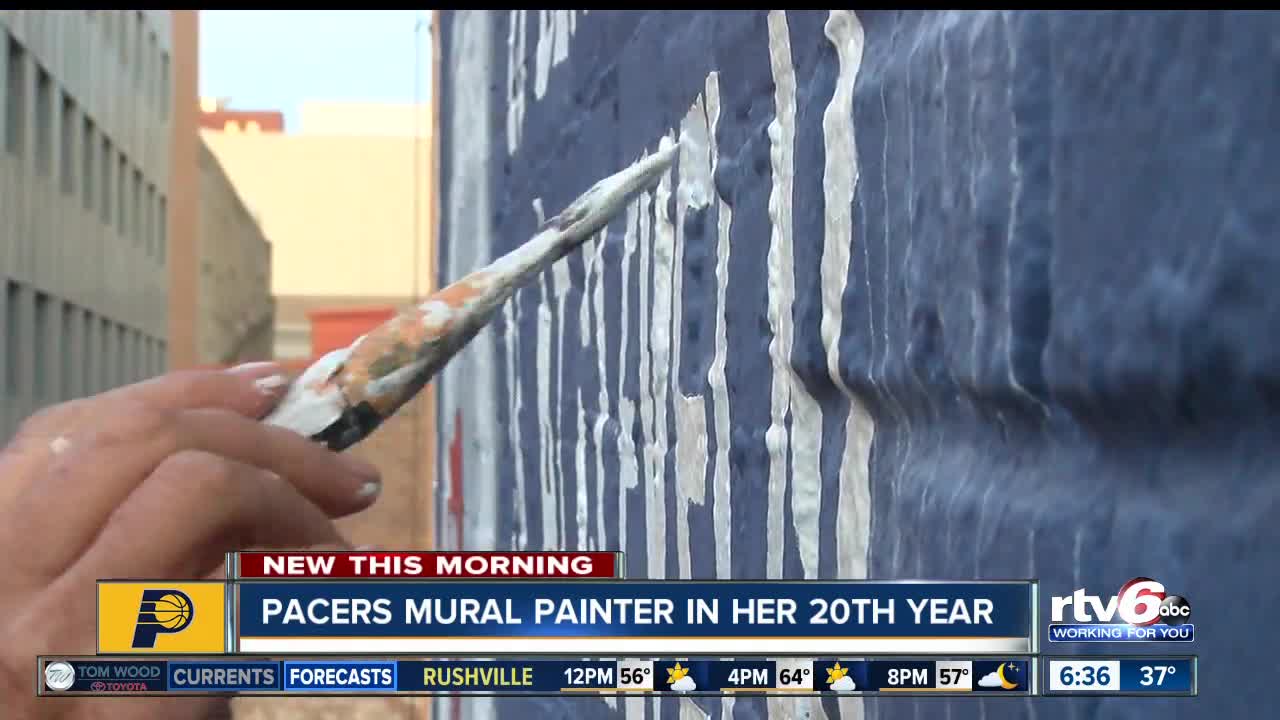 If you have been a Pacers fan for at least a couple decades you are probably familiar with this — the mural of the season schedule. Meet the painter and artist of that schedule. 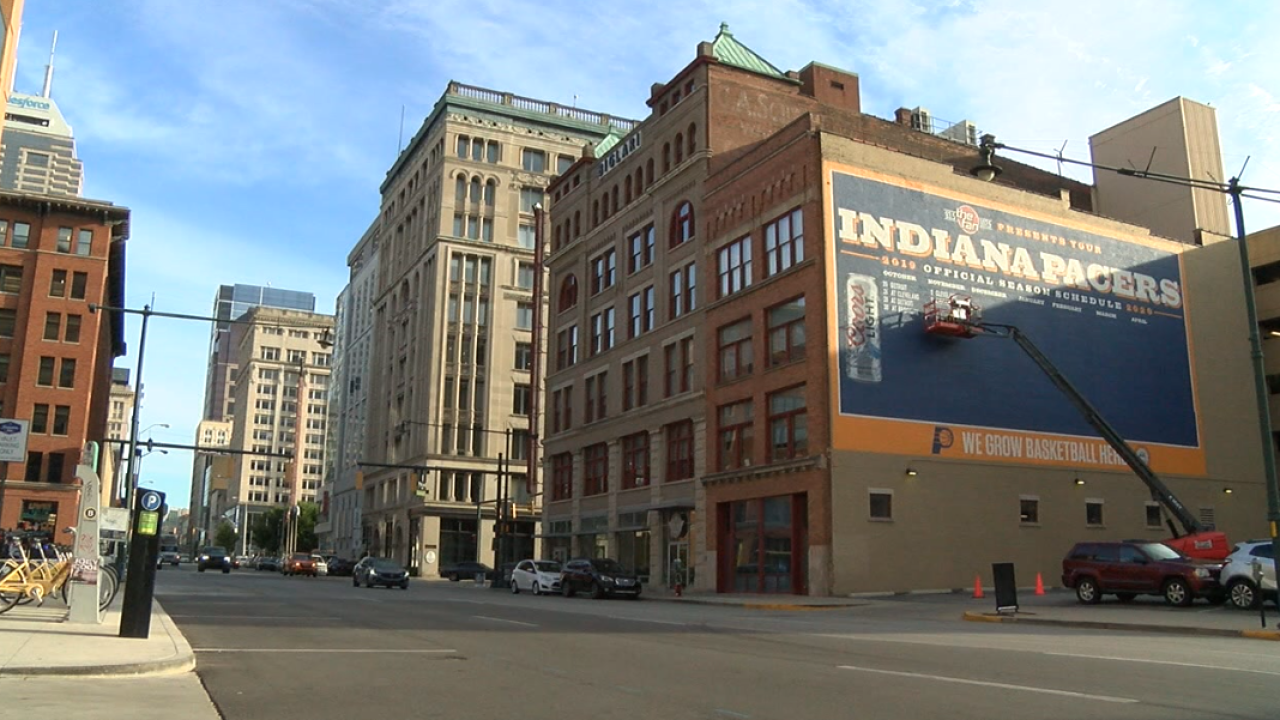 INDIANAPOLIS — If you have been an Indiana Pacers fan for at least a couple of decades, you are probably familiar with the mural of the season's schedule Downtown Indianapolis.

That mural isn't machine-made, a team of workers doesn't do it — one exceptionally talented woman paints it, and she's been doing it for two decades.

For three weeks every year, Barb Stahl spends her days lifted in the air painting.

First, she stencils, then pencils, and finally she paints.

The job is one she happened upon by circumstance.

"I was in a paint store, and I had overheard someone in there mention a mural that was going to be done for the fieldhouse," Stahl said. "I had no idea where to start, so I just started walking around and taking names and numbers off of construction trucks; finally I got a hold of the company in charge of signage."

Stahl entered her bid and won.

"I really do feel like it was the best thing that ever happened to me," Stahl said.

But the gig is not easy — every day is a race with the sun.

"Our days are limited because of the heat index up here," Stahl said. "It's a south-facing wall. You know, if it's a hundred-degree day, it's probably 120, 130 head index bouncing off this wall."

Stahl says battling with the heat is all worth it.

The love of her job has kept her coming back to paint the wall for 20 years. She had even traveled back to Indy when she briefly lived out of state.

"Since we started this wall, it's really become like a landmark, and I think that's just like the coolest thing ever that I get to be a part of that," Stahl said.

It's a part of something that, while changes from year to year, has become an icon to Pacers fans and Hoosiers who pass on by.

Stahl also paints the ads inside of Bankers Life Fieldhouse, and when I asked how long she'll be doing this work, she said as long as she can.